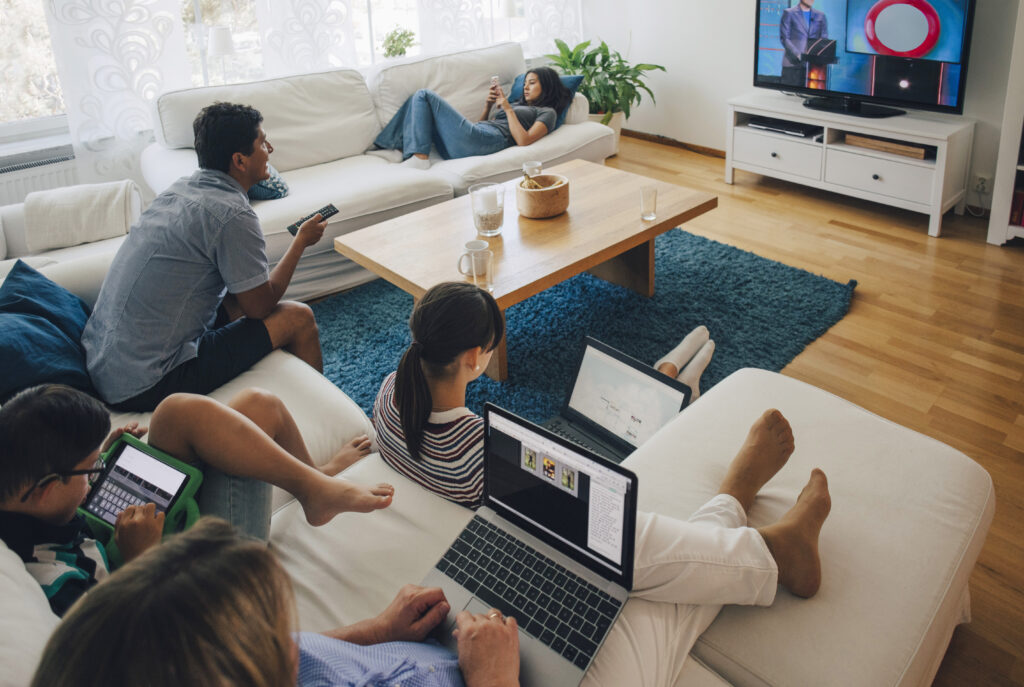 Windstream Internet is an internet provider that uses DSL, fiber, cable, and dialup networks and operates in parts of 18 states in the US. On its website, the company promotes three very high-speed internet packages: Kinetic GIG, Kinetic 500, and Kinetic 200. While its fiber networks are growing, Windstream’s major claim to fame is DSL coverage for rural areas. According to the Federal Communications Commission (FCC), downloads of at least 100Mbps and uploads of 25Mps are available in much of Windstream’s coverage area. Windstream had about 1 million broadband subscribers as of 2018.

Kinetic GIG InternetKinetic GIG Internet by Windstream is a fully fiber-optic Internet service offered in more than 150 communities in the US, providing download and upload speeds of up to 1Gbps and allowing 4K movie streaming. According to Windstream, other advantages of fiber-optic networks include better reliability than copper networks, simultaneous support for multiple devices in the home, and lower latency for faster page loads. Fiber is available in about 6.3 percent of Windstream’s coverage area, according to the FCC.

Kinetic 500 Internet Kinetic 500 Internet is advertised as offering download speeds of up to 500Mbps. Windstream uses DSL for Kinetic 500 and most other plans, except for Kinetic Gig. According to the FCC, however, only about 1.76 percent of Windstream’s DSL service area achieves download speeds of 500Mbps, while another 1.76 percent can download at 250Mbps. However, these small numbers say more about the low availability of very high-speed DSL packages than whether Windstream delivers on promised DSL speeds. In the FCC’s most recent actual-to-advertised speeds report, the company scored between 86.52 percent and 99.71 percent, signifying that you usually get the speeds you pay for from Windstream.

Lower-speed internet packages Windstream also offers a wide range of lower-speed internet packages, which vary considerably by speed and price in different locations. In Pittsburgh, PA, for example, Windstream offers four different plans, with none achieving a download speed above 100 Mbps. The plans in Pittsburgh range from a 15Mbps package called Standard Kinetic Internet to a 100Mbps package known as Premium Kinetic Plus. Windstream also offers Internet/phone/TV bundles in some areas, including Pittsburgh. To find out which packages are available in your area, you must provide your street address and zip code to Windstream.  Generally, the FCC found that about 96.8 percent of Windstream’s overall service area can achieve download speeds of at least 4Mbps. About 93 percent can receive 10Mbps or better and 78.1 percent can get 25Mbps and up. DSL is offered in 99.2 percent of the overall service area.

Unlike some other internet providers, Windstream doesn’t manage network congestion by capping an individual customer’s usage or throttling a customer’s service once a certain amount of usage is exceeded. No contracts are required, and services can be ordered on a month-to-month basis. All Windstream customers gain access to free email addresses. Internet security, cloud storage, data backup, tech support, and wire maintenance services are offered as paid add-ons. These add-ons are supplied through four Internet Shield security packages, each sold at monthly pricing.Three of these paid Internet Shield packages come with McAfee Multi-Access (MMA), a multi-level package for protecting devices that include PCs, Macs, and Android smartphones and tablets. Supporting all browsers, MMA includes anti-virus, anti-phishing, firewall, PC optimization, a mobile device locator, and advanced threat protection for safeguarding your privacy. With MMA protection through Windstream, you can manage up to three supported devices from a single account whenever you go online.

ConclusionWindstream provides DSL, fiber, cable, and dial-up internet services in pockets of 18 states in the US. Services are available at a wide range of speeds and price points, depending on where you live. The company boasts reasonably priced DSL connectivity at 100Mbps or less in rural regions. Windstream also offers fiber connectivity at Gig speeds in 150 communities in 16 states, with plans to expand.