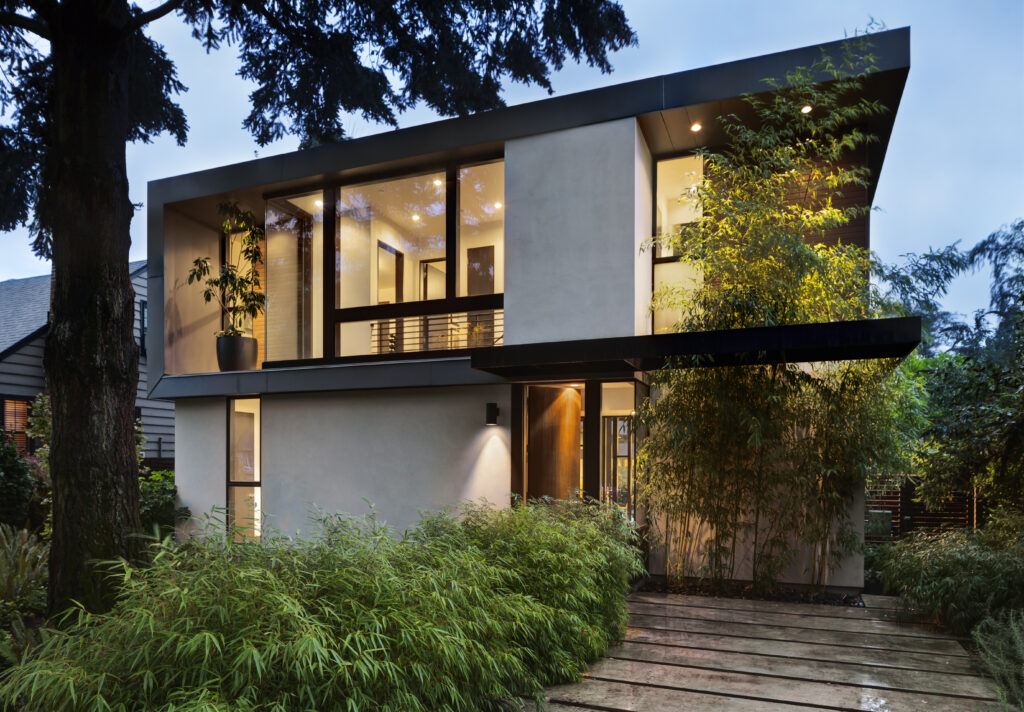 Fans of the “Twilight” films and novels will know that Bella, the mortal girl who comes into very close contact with a covenant of “vegetarian” vampires, is utterly fascinated with the house they live in the moment she sets eyes on it. Now for all the Twilight fans I here are some interesting news. The home used in  “Twilight: New Moon” film opening today, as the residence for Edward and the rest of the Cullen family is up for sale for $3.3 million. This is not the Hoke home that was featured in the first movie (also featured here on Freshome). The 5,000 sq ft, five-bedroom property is located on half an acre on a creek-side lot in West Vancouver.

The propriety was designed by noted architect Arthur Erickson and totally renovated in 2001. Just after the “New Moon” filming was completed, the owners decided to capitalize on the fame and publicity and the Twilight house is now on the market. If you are interested in the “Twilight: New Moon” house you can find more info from Jason Soprovich, the agent who is selling this home.