The Importance of Scale and Proportion in Interior Design 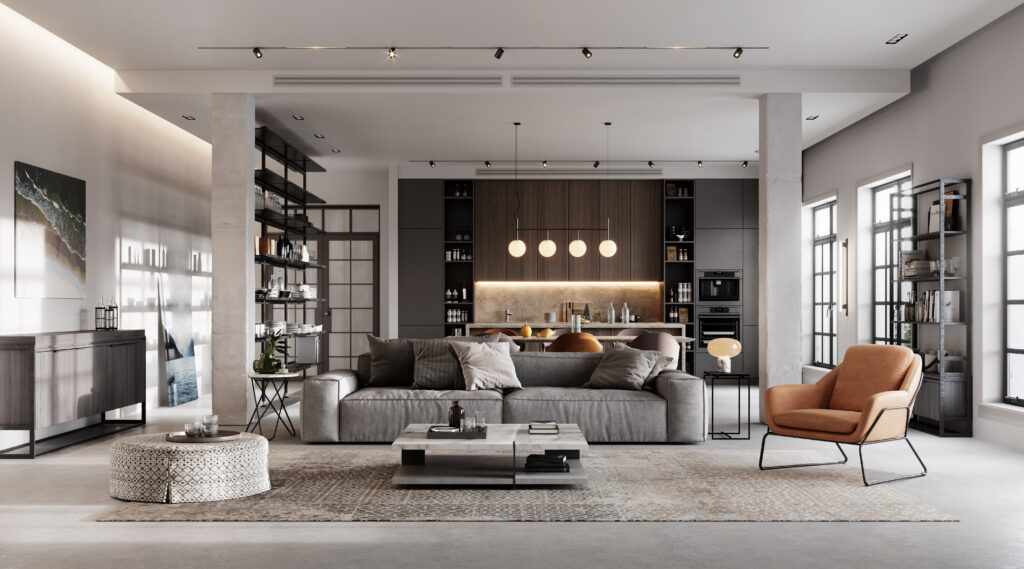 While a lot of interior design is a matter of personal taste, there are a few fundamental concepts that transcend differences in style. We’ve already covered concepts like balance and color theory, and now it’s time to tackle another important principle: scale and proportion.Read on to learn what these principles are, the crucial roles they play in design, and how to incorporate them into your own interiors. These fundamentals should play a role in your next project and can even help you make adjustments to your existing interiors. You’ll be surprised how big of a difference a few small changes can make. 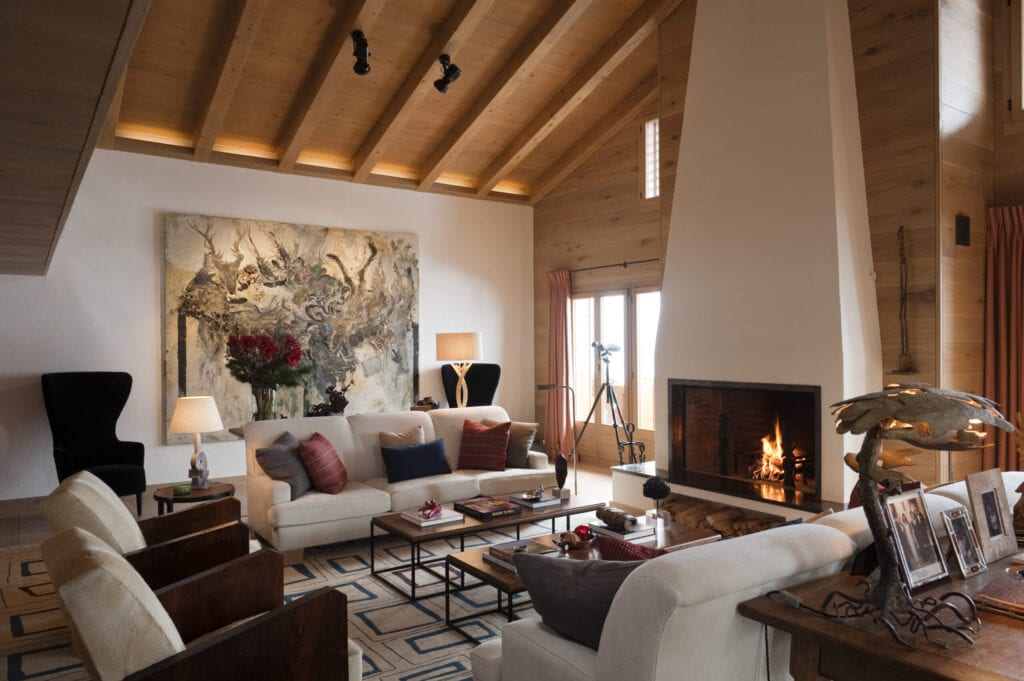 What are scale and proportion?

It’s one thing to know that these concepts are important, but it’s another to truly understand what they mean and how they relate to interior design. Before we go any further, here’s a breakdown of these two terms, as well as how they differ from each other:Scale refers to the size of one object in relation to another. In particular, it’s used when the size of at least one of the objects is known with certainty. In design, scale is usually used to refer to the size of an object or space in relation to the human body. For example, standard countertop heights and chair widths are scaled to fit the average person.Though the two terms are similar and are often used interchangeably, proportion refers to a general relationship in size between two objects. It’s what interior designers refer to when they describe how two objects relate to each other in a room. For example, as a rule, designers recommend that coffee tables be two-thirds as long as the sofa they are set against.

For anyone who needs a refresher, the golden ratio — 1:618 — has been found over and over again in nature. It’s integral to describing the proportions of the human body, it can be found in many famous works of art, and it’s an important component of web design. Generally, objects containing this ratio are thought to be more aesthetically pleasing, so it shouldn’t come as a surprise that this proportion is also the key to creating successful interiors.Most often, you see the golden ratio applied to a room’s layout. Designers often divide the room into two sections: one that takes up two-thirds of the space and a smaller section consisting of the last third. The larger section contains the room’s main furniture, which makes its primary function clear. The smaller section accounts for a secondary use, such as an alternative seating area or storage.This ratio shows up in other subtle ways. Choosing a color palette can become much easier when you consider that shades separated by a ratio of 1:618 on the light spectrum tend to work well together. 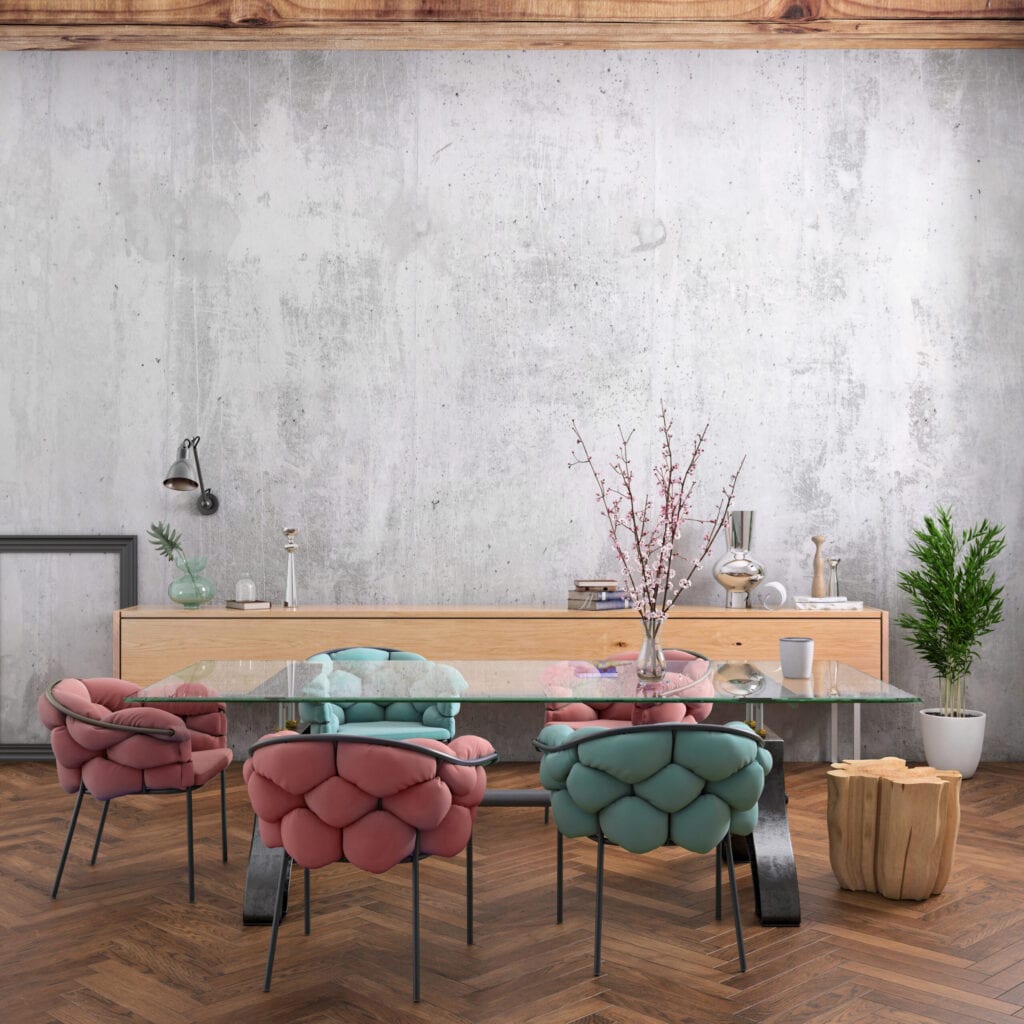 Mix and match to create contrast

That said, interior design is more of an art than a science. Sticking to the same ratio over and over again quickly gets boring. It’s important to incorporate contrast to create visual interest in the space.Take the picture above as an example. Each of the design elements varies in height, so you may find your eyes bouncing all over the image, moving from item to item in an effort to take in all its sensory information. As a result, this picture likely holds your attention longer than an image where all the design elements blend together.Unfortunately, there’s no hard and fast rule on how to pull this contrast off. This skill is generally what people refer to when they say someone has an “eye for design.” When putting a room together, test the proportion between two items by taking a step back. If the arrangement feels right, leave it as is. If something feels off, make adjustments as needed. 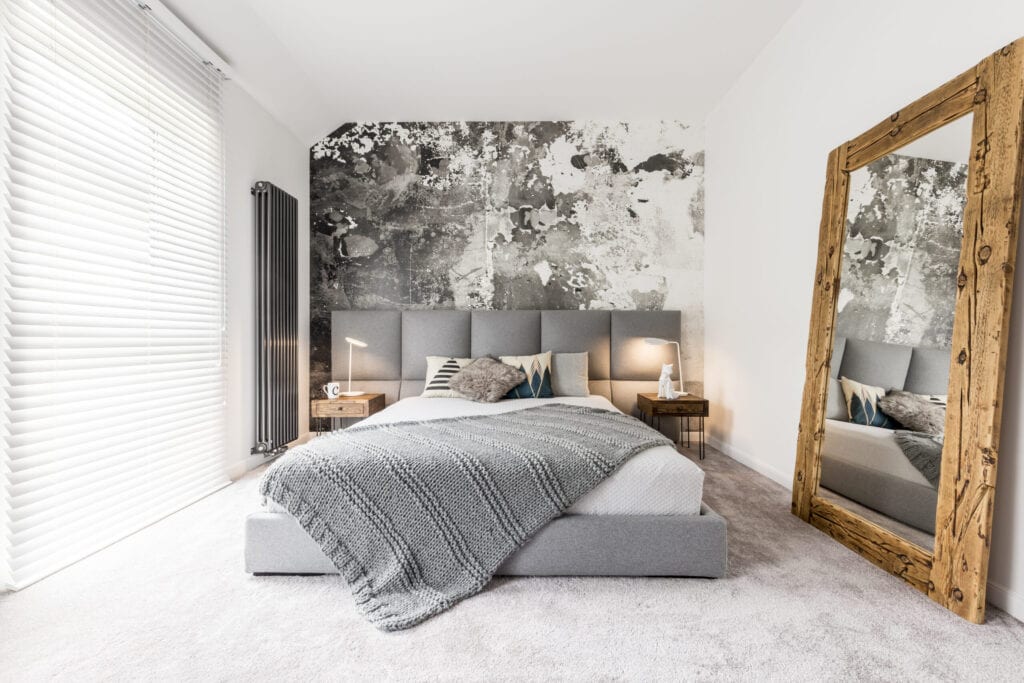 Go beyond the layout

Typically, when we discuss scale and proportion in interior design, we’re talking about larger design elements like furniture placement. However, that’s only part of the equation. These concepts should play a role in nearly every aspect of a room’s design, down to the arrangement of your accessories.Wall art is one area where achieving proper proportion is especially important. As a general rule, a piece of art should take up 4/7ths of the space where it hangs. Since that fraction can be tough to wrap your head around, try measuring the width of the wall and multiplying that number by 0.57, which is 4/7 as a decimal. The result of that equation is the ideal width for your artwork.It’s also important to consider the placement of your accessories, particularly when dealing with shelving and other staged surfaces. Here, you’ll want to create contrast once more. Try arranging groups of décor items in varying heights and directions. For best results, stick to odd-numbered groupings, as these tend to be more aesthetically pleasing. 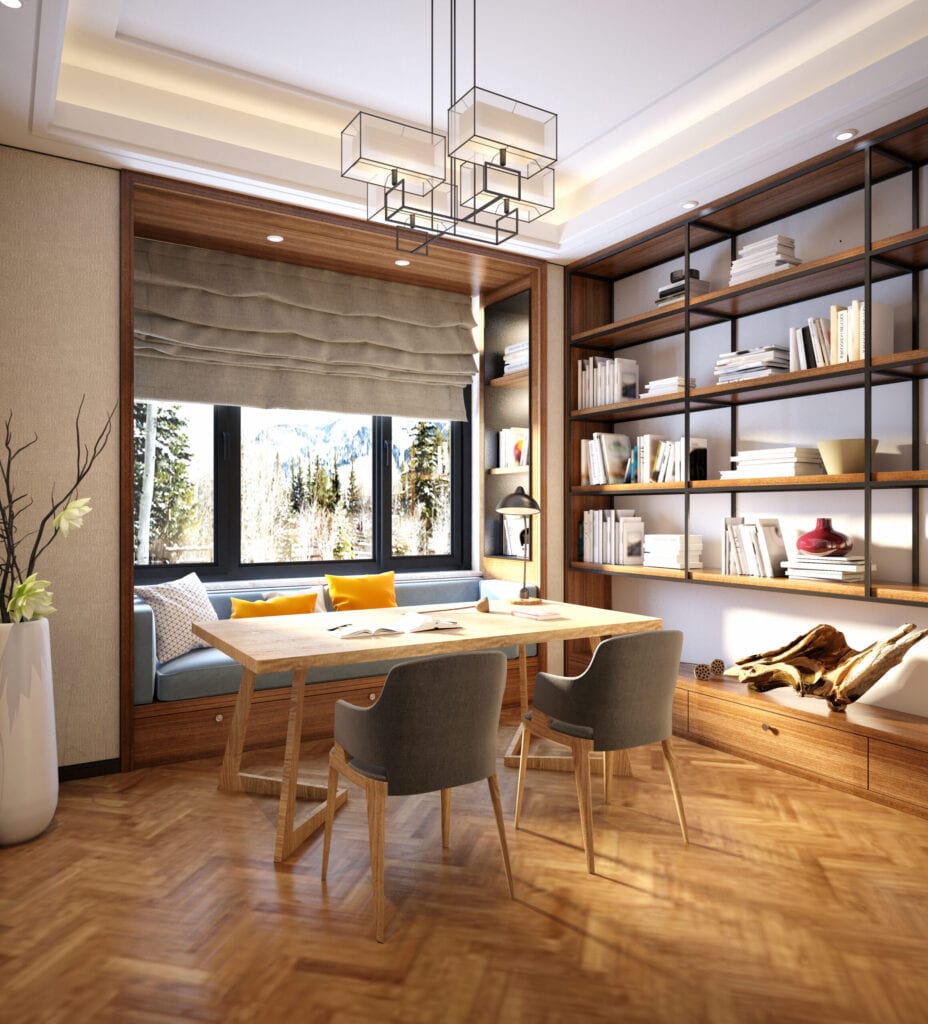 There are a few fundamental concepts of interior design that should play a role in every room of your home, regardless of your personal style. Accounting for the scale and proportion of your design elements is one of them. Use the tips above to bring this principle into your interiors. With just a few small changes, you can make your projects instantly look and feel much more professional.What are your thoughts on scale and proportion? What other design concepts ayou curious about? Tell us in the comments!