What Classifies A House Style: What Makes An International Style Home?

Whether you know it or not, you’ve seen an international style home before. These buildings look impressively modern, yet their concept has stood the test of time. We’ve been marveling over feats of international style architecture for the past four decades. 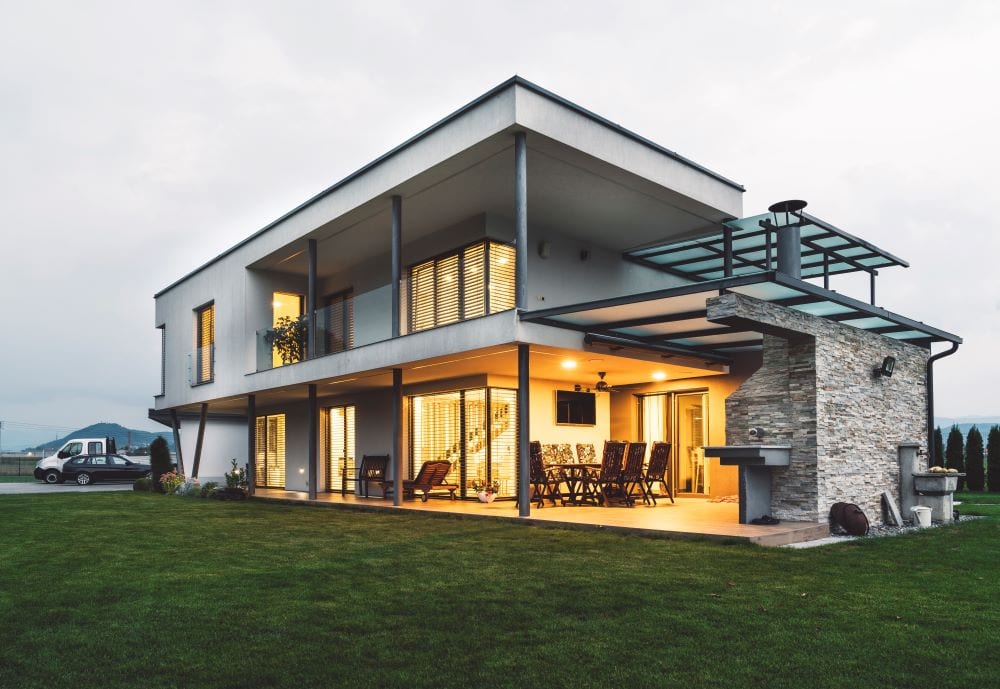 With that in mind, we decided to take an in-depth look at what makes these structures so unique. Keep reading to learn more about the history behind this architectural movement, as well as for an explanation of some of the defining characteristics of its buildings. By the end of this post, you’ll know for sure whether or not you’re a fan of the international style.

History of the international style home

Like most architectural styles, international style homes can be seen as a rejection of the trends of its time period. During the 1920s and 1930s in Europe, there was an emphasis on eclectic buildings that hosted a mix of decorative elements from different architectural periods. Architects of the time were starting to search for ways to create less ornamental and more utilitarian designs.

As luck would have it, at the same time, the Industrial Revolution brought about a host of new building materials such as mass-produced iron and steel. These materials meant that architects like Ludwig Mies van der Rohe and J.J.P. Oud were able to create structures in which the form and aesthetics were dictated by a desire to push the boundaries of structural engineering, rather than decoration.

With the advent of World War II, international style came to the United States along with its architects, who were hoping to escape persecution. There, it stayed the dominant architectural style until the 1970s, when architects began to get frustrated with international style’s formulaic, “boxy” appearance.

What makes international style so unique?

The difference between the international style home and many of the other types of architecture that we’ll talk about in our “What Classifies A Home Style” series is that only a small percentage of these buildings are residential homes. By and large, these buildings are used for commercial purposes. In fact, if we had to think of one type of building that was synonymous with international style architecture, it would be the American skyscraper.

With that in mind, some famous international style buildings include:

Since international style homes are so uniform in their design, it’s especially crucial to look at the defining characteristics that tie them together. With these homes, there’s little ornamentation to speak of so most of the similarity comes through their form. Below is a list of identifying features: