Advertiser Disclosure
Pest Control How to Get Rid of Raccoons

How to Get Rid of Raccoons

Raccoons can cause a lot of damage to your yard and home, and it’s not always as harmless as tipping over trash cans. Raccoons can dig in your yard, rip up shingles and siding to get into your attic, nest in your chimney or under your deck, and bring a whole bunch of parasites with them. If you want to know how to get rid of raccoons read our comprehensive guide.

Raccoons are mammals native to most of the United States. According to the United States Fish & Wildlife Service (USFWS), they are actually members of the bear family and can lift very large loads despite their small stature. They’re also good at getting into places—like foraging for food in your trash or seeking shelter in your home or on your property.

Recognizable by their distinct black “masked” face and ringtail, raccoons can be found in nearly all American cities and neighborhoods. They are typically nocturnal, choosing to forage at night. In urban and suburban areas, where raccoons thrive, they are often found in a small group, and they’re surprisingly agile in opening trash cans, containers, and sheds.

Though rabies is not as prevalent as it once was in raccoon populations, the USFWS maintains that the disease is still fairly high in southeastern and mid-Atlantic states. Furthermore, pets are much more likely to get rabies from raccoons than humans, making it essential for pet owners to manage and prevent contact.

How do you get raccoons?

Raccoons are adaptable creatures that do very well in both urban and suburban environments. Like any animal, they’re trying to survive and find reliable sources of food, water, and shelter.

According to the Tennessee Wildlife Resources Agency, these critters are primarily drawn to easily accessible trash and pet food. Between these two common food sources, a group of raccoons can subsist quite easily. The longer raccoons have that resource, the longer they’re going to stick around.

Once you’ve attracted raccoons, there are a number of different conflicts that can arise. For example, the animals will do whatever it takes to get to the food in your trash. Garbage will likely end up shredded in your driveway as the raccoons scavenge for last night’s leftovers. If you have pets, they may wind up in fights with raccoons who are looking for an easy meal. Raccoons can also dig up parts of your yard and landscaping in search of food, which can lead to costly damage.

How to check for raccoons

More often than not, you’ll be able to determine a raccoon problem by simply observing the garbage strewn across your property and a damaged trashcan. However, if you are unsure of the culprit, here are a few raccoon signs for reference, courtesy of the Washington Department of Fish and Wildlife: 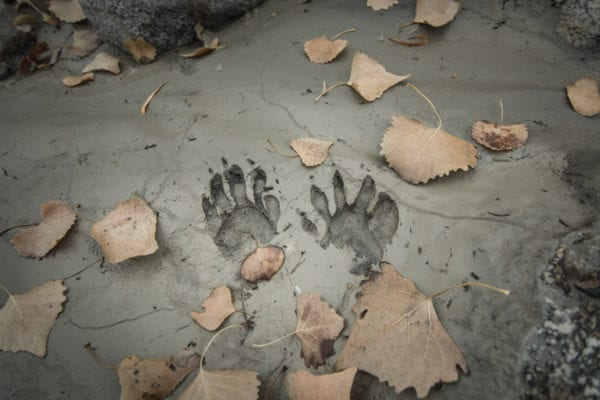 How to get rid of raccoons, step by step

Homeowners can get rid of raccoons fairly simply by following the steps below. There are a few products that will help you in each of these steps.

First and foremost, get rid of their food source as this will force raccoons to forage elsewhere. This may mean keeping your trash inside a garage or unfinished basement, locking your trash cans, or using one of the products listed below.

Pet food is extremely tempting for a band of raccoons, so feeding your pets inside and, more importantly, storing the pet food inside will go a long way in forcing raccoons to move somewhere else.

You may have a problem with raccoons using your home as a den. To stop this, be sure to block off entry points under porches and decks, or in gaps between your walls, roof, and attic. It’s important to make sure any potential inhabitants are out before sealing the areas off.

Step 4: Use an animal deterrent

Once you have removed the food source, you may still need a little extra help to fully deter your unwanted visitors. This could be a machine that sprays water or emits a sound. It could also be as simple as a bittering spray that’s unpleasant to animals, yet harmless to children, pets, and wildlife.

Products you can use to fix a raccoon problem

When to call a professional to get rid of raccoons

If you’ve tried the techniques above to no avail, a wildlife removal specialist may be necessary to end your raccoon problem.

After removing food sources, implementing deterrents and repellents, and blocking potential denning areas, a wildlife specialist can come in and trap the animals. Depending on what state you live in, and even what area or county you live in, relocation of the animal may be illegal. Even if it is legal to relocate, a number of state agencies assert that relocation is inhumane and bad for the ecosystem. In other words, the wildlife removal specialist will likely euthanize the animal. While they are licensed to do so humanely, this option needs to be treated as a last resort.

How to keep raccoons out of your home

Keeping raccoons out of your home is pretty simple. You’ll just want to seal off areas and entry points that they could be using to get inside. Close the flue on your chimney to keep raccoons out and patch any holes in your siding, walls, and roofline. You’ll also want to block off access to areas under your deck or porch to keep raccoons from setting up dens under there.

The bottom line on raccoons

Raccoons are just trying to survive like any other living thing. If you take away the food source that they’re exploiting, they will move on and find something else. Raccoons are a successful species that eat lots of different things and live in different habitats, so they will readily move on to other areas. With the right proactive steps and help from repellents and deterrents, professional removal is likely unnecessary.

How do you get raccoons in a yard?
Raccoons are ubiquitous in the United States, so they will roam wherever they need to find easy food and shelter.

Are raccoons dangerous?
Raccoons rarely have conflicts with people, but they can carry rabies and be dangerous to pets.

Is relocation humane for raccoons?
No. Most professionals, including state wildlife agencies, say that relocation only separates raccoons and other wildlife from their established territory, and they rarely survive being dropped into another territory.

Are raccoons smart?
Raccoons are very smart. According to the American Psychological Association, raccoons were the subject of much discussion and research because they fared so well as humans expanded into their habitat.

How to Get Rid of Junebugs

If you associate the sound of summer with the constant thud of June beetles hitting your deck or windows, then it’s time to take action. While these light-obsessed beetles may seem harmless to humans, they’re anything but when it comes to the health of your lawn and garden. We’ll tell you how to get rid […]