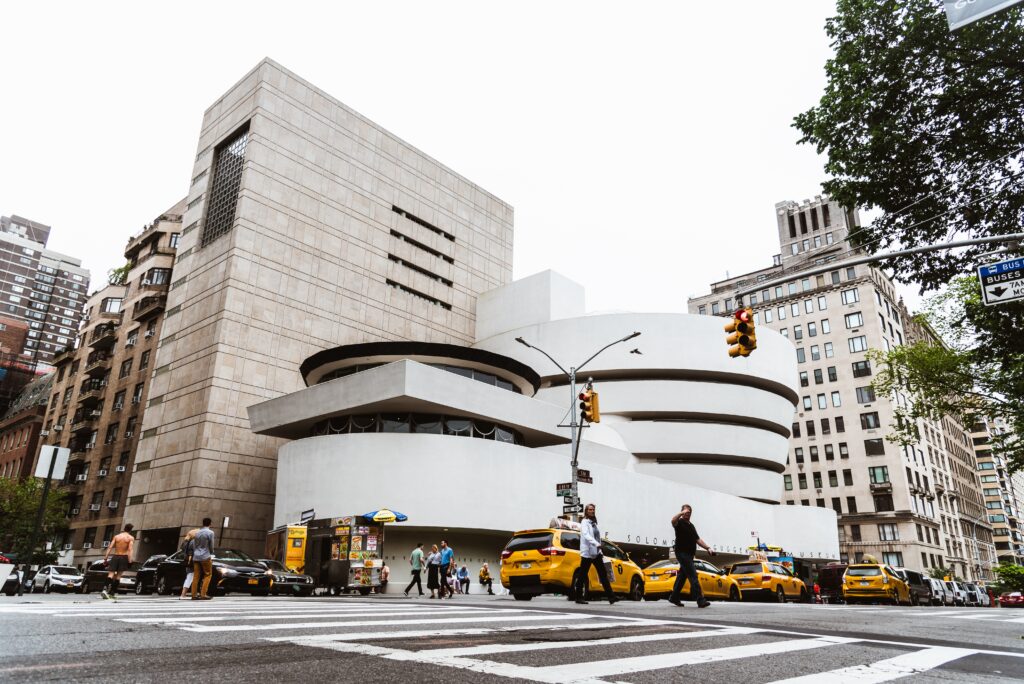 Born on June 8, 1867 Frank Lloyd Wright is not only one of the world’s greatest architects, but he was also the most prolific, controversial as well as inspiring. He was a writer, an art collector a philosopher as well as a visionary and these all inspired his approach to his craft. He is widely known for four styles of building. He conceived of the Prairie Style which was born out of his belief that we needed fewer, larger rooms which flowed more easily, his antithesis to the rigid Victorian era architecture. From there the Textile Style was born, which led way to the Organic Style and then the Usonian Style. His belief that buildings should be made from the land and benefit the land inspired most of his work. These beliefs, avant garde for his time, are still practiced and revered today. 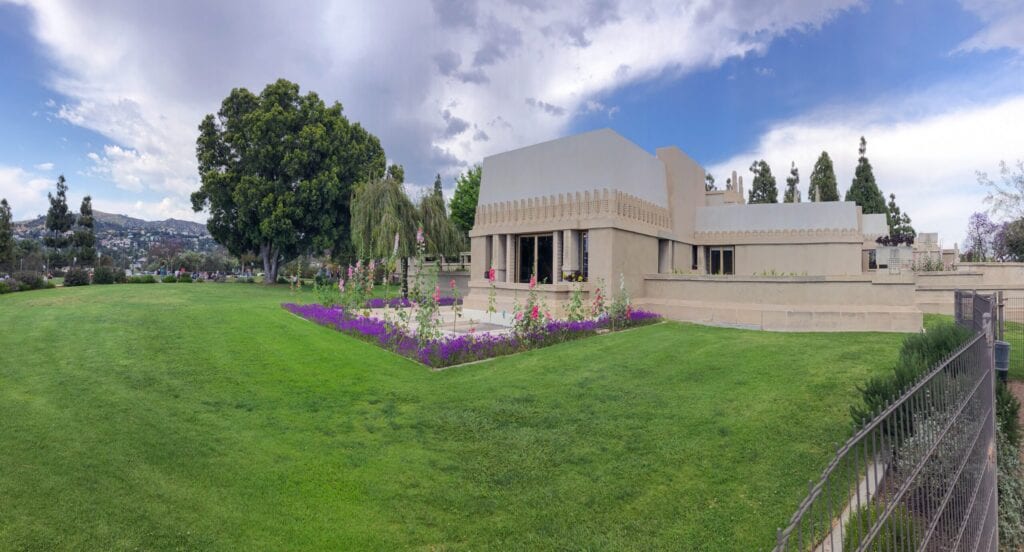 1. “The architect must be a prophet… a prophet in the true sense of the term… if he can’t see at least ten years ahead don’t call him an architect.”Frank Lloyd Wright was clearly a man ahead of his time. The design of many of his homes once seemed light-years ahead of their time, and people often had trouble understanding his vision, yet almost all of our modern construction puts to use the ideals he thought to be so important.

2. “Every great architect is – necessarily – a great poet. He must be a great original interpreter of his time, his day, his age.” Frank Lloyd Wright first became known for his Prairie Style of architecture which incorporated low pitched roofs, overhanging eaves, a central chimney, and open floor plans which, he believed was the antidote to the confined, closed-in architecture of the Victorian era. From there he went on to establish the Textile style which took on an even more linear approach, combined with influences from Mayan architecture, this would lead the way to what, perhaps, Wright is best known for Organic Architecture which drew from natural resources combined with the influence of Japanese architecture. The Organic style then led way to the Usonian style. It is clear to see how each style has grown and evolved from its predecessor.

3. “There should be as many (styles) of houses as there are kinds (styles) of people and as many differentiations as there are different individuals. A man who has individuality has a right to its expression and his own environment.”The works of Frank Lloyd Wright have a uniquely individual style. Of his varied styles, no two homes or buildings look alike.

4. “A building should appear to grow easily from its site and be shaped to harmonize with its surroundings if Nature is manifest there.”It should be noticed that the buildings the architect built in the Middle Western part of the United States are vastly different in nature, style and material than the buildings he designed in Arizona, Los Angeles and Pennsylvania. Each style is as unique as the make-up of the land is different.

5. “No house should ever be on a hill or on anything. It should be of the hill. Belonging to it. Hill and house should live together each the happier for the other.”Nowhere is this more apparent than in his Organic Architecture. Perhaps this is most especially true of the home Fallingwater, where house and land truly have merged to become one. 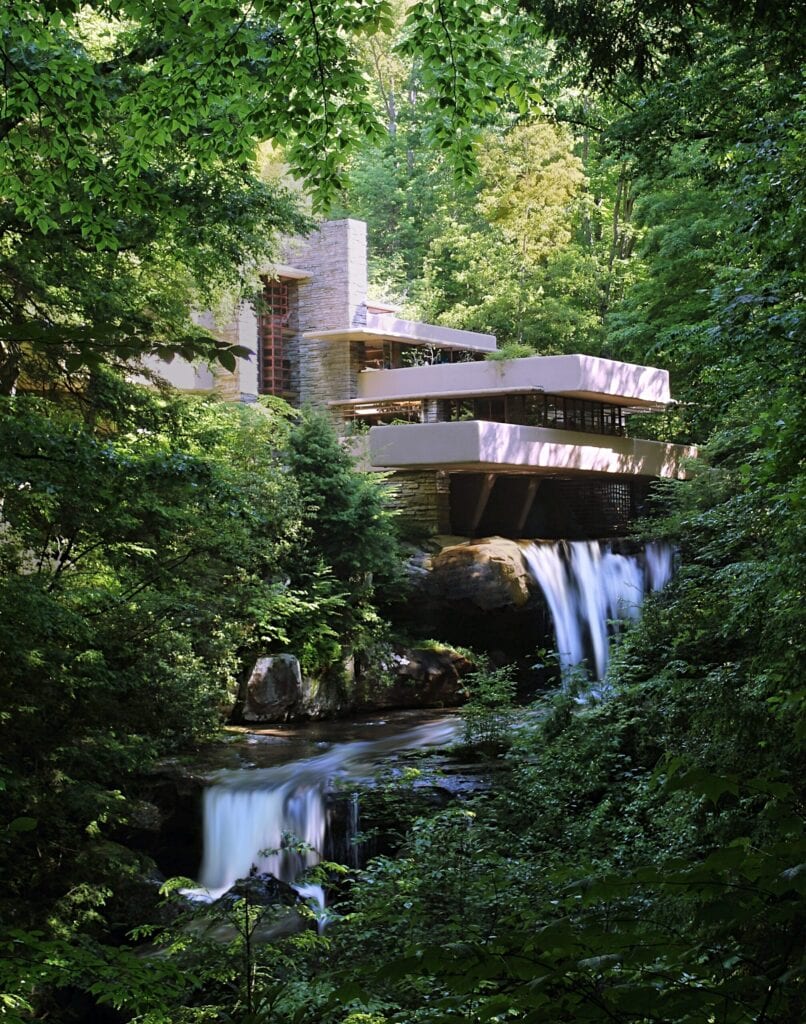 6. “The mother art is architecture. Without an architecture of our own we have no soul of our own civilization.”Frank Lloyd Wright built according to his vision of what the future would be. He saw the need for homes to be more fluid, more open, more livable, and less restrained. He foresaw the need to build from the earth and for the earth. His architecture both documented a time in history and yet managed to push the envelope with his modern philosophical approach to the future of building.

7. The following was told to Mike Wallace, American newscaster and television reporter, in 1957: “I’d like to have a free architecture. I’d like to have an architecture that belonged to where you see it standing, and was a grace to the landscape instead of a disgrace. And the letters we receive from our clients tell us how those buildings we built for them have changed the character of their whole life, and their whole existence. And it’s different now than it was before. Well, I’d like to do that for the country.“And he most certainly did. Mike Wallace didn’t understand the term organic and Wright had to explain that this term meant from nature, that organic architecture was indeed a natural architecture. Today, fifty-five years later, we finally understand what the architect spoke of so passionately half a century ago.

8. “The good building is not one that hurts the landscape, but one which makes the landscape more beautiful than it was before the building was built.”Wright stood for clean lines and simplicity. He believed that a well built building complemented it’s environment and surrounding. He disliked the intricate detail and fussiness of the architectural styles that preceded him. 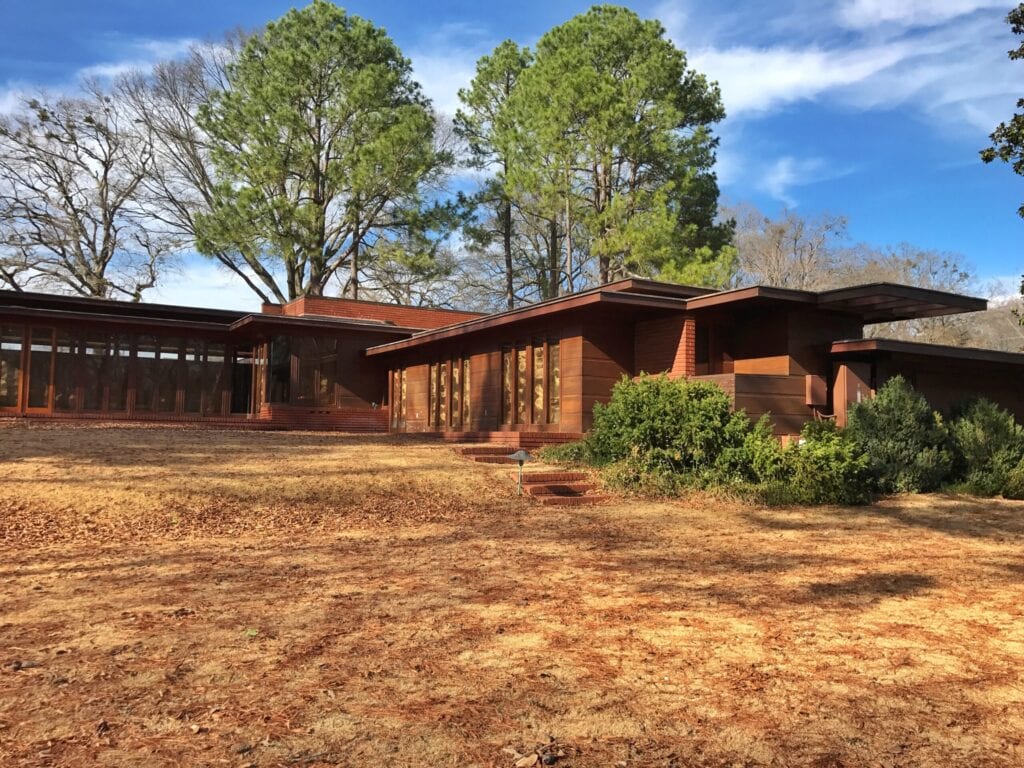 9.“Architecture is life, or at least it is life itself taking form and therefore it is the truest record of life as it was lived in the world yesterday, as it is lived today or ever will be lived.”Architecture is perhaps the truest documentation of how a civilization has lived and evolved. Art tells the story of a moment in time. Architecture tells the story of a past, a present and a future. We take from it, evolve, grow and move forward. Look at today’s modern houses. Look at their straight lines, their wide open spaces, the lower roofs and how they seamlessly are integrated with the varied geographies and landscapes. No doubt we see a little bit of Frank Lloyd Wright in each of these edifices.

10. “The mother art is architecture. Without an architecture of our own we have no soul of our own civilization.”Frank Lloyd Wright’s most important contribution to architecture as well as to the arts and society is arguably The Guggenheim Museum in New York City. In this building a history of people, of time, of art and of architecture are all united. In this modern edifice that will be celebrating its 50th Anniversary this year, art, science, nature, architecture and anthropology co-exist peacefully. In this building, Wright pioneered trends that architects today continue to embrace. A true visionary, Wright was an architect of his time, well ahead of his time.

Frank Lloyd Wright was a visionary and controversial. He was famous for his beliefs and convictions. His ideals, words and foresight continue to be used as inspiration for all artists and artisans today. Looking at today’s modern buildings, can’t you see the Frank Lloyd Wght influence? Which ones do you think bear the most striking similarities?