If you’re reading the news these days, articles everywhere are claiming that now is the best time to buy a house.

Most of this is due to the fact that mortgage rates are at all-time lows:

However, home purchases are down 1.7% from last year, according to the National Association of Realtors. And there are more than a few headlines talking about it.

So why are fewer people buying, even though most say it’s a great time to do so?

We decided to dig into the data and see what we could find. Here’s our analysis of what today’s historically low mortgage rates mean in terms of the home-purchasing power of the average American household income.

If your mortgage rate is lower, it reduces the interest portion of that payment, reducing your monthly payment in total. Or, it allows you to take on a larger principle portion — meaning, you could buy a more expensive house — for the same total monthly payment.

To get an idea of exactly how much lower mortgage rates benefit homebuyers, look at the impact a 1% difference makes: 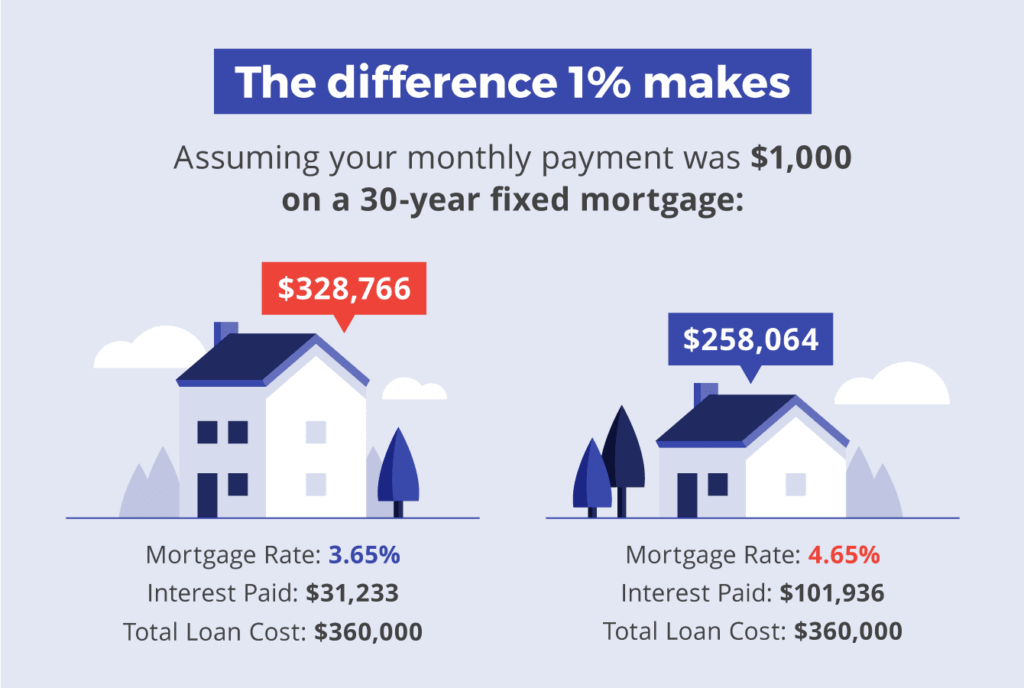 However, in real life, the actual value of houses on the market and the amount of money you have to purchase a house, change with the economy.  You have to take into account all of those factors plus the current mortgage rate to determine if you can afford your dream house.

Well, the good news is that the average American income was higher than ever in 2019, even after accounting for inflation: 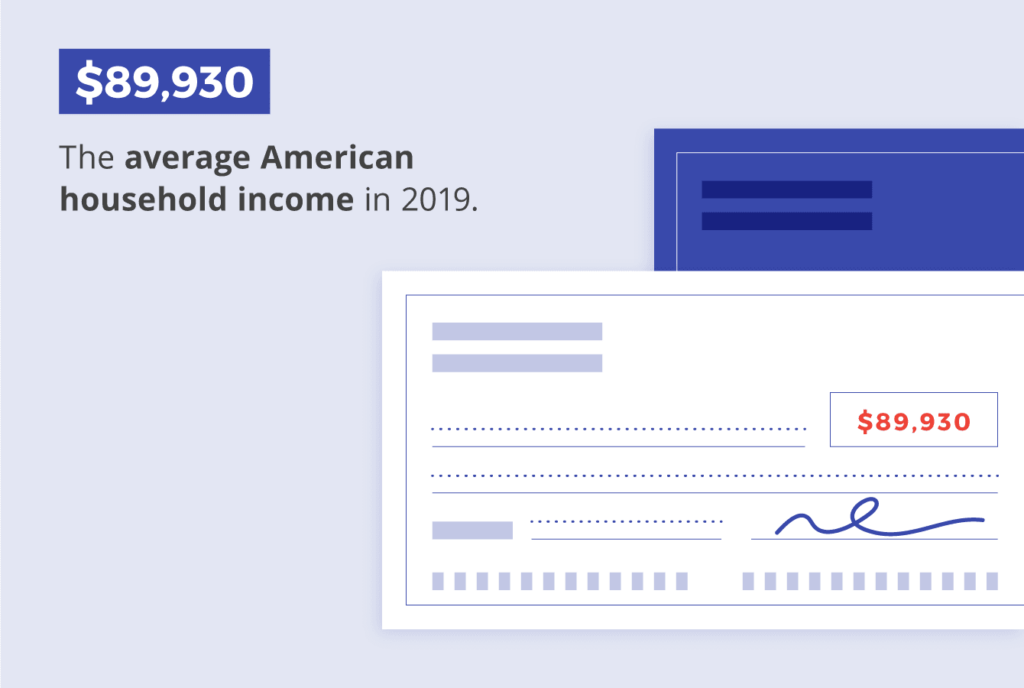 What about housing prices?

At a glance, this data seems to indicate that the purchasing power of the average American household is lagging behind the price of houses and could be the reason housing sales are down: 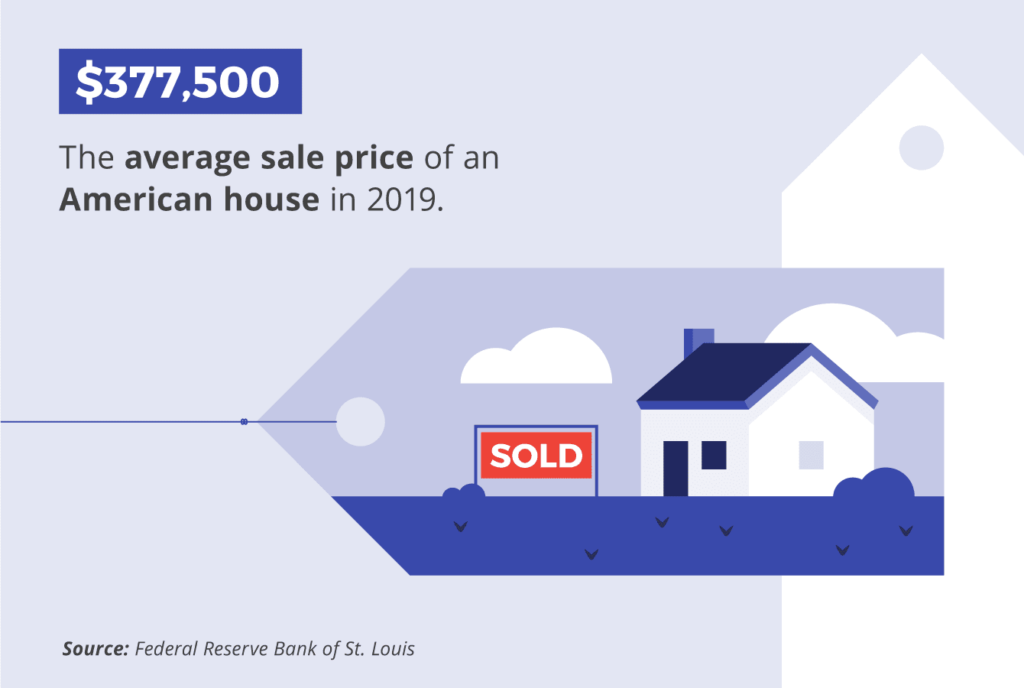 However, given how today’s historically low mortgage rates offset the cost of owning a home, this might not be the case. Here’s what we found when we crunched all of the data.

The answer is yes, but…

The average American household makes enough to afford a mortgage on a home that costs $392 more per month ($142,766 more in total loan value) than what the average house costs in 2019. And that’s with just a 5% downpayment on the house.

When you put down the recommended 20% down payment, that number increases to $665 per month ($239,501 in total loan value) – meaning they have 46% more purchasing power than the average house requires.

However, here’s the catch: That 20% down payment is a larger percentage of the average American household’s income than it’s been for the majority of the last 50 years.

In fact, in 2019, the average household would have to save 20.99% of their income in one year just to afford a 5% down payment. Assuming they saved at today’s national average savings rate of 7.8%, it would take them 2.7 years to do so.

That doesn’t sound so bad, considering most split that savings over several years anyway.

But when you put down the recommended 20% down payment? That number increases to a whopping 83.95% — almost as high as 2005, the highest it’s ever been. 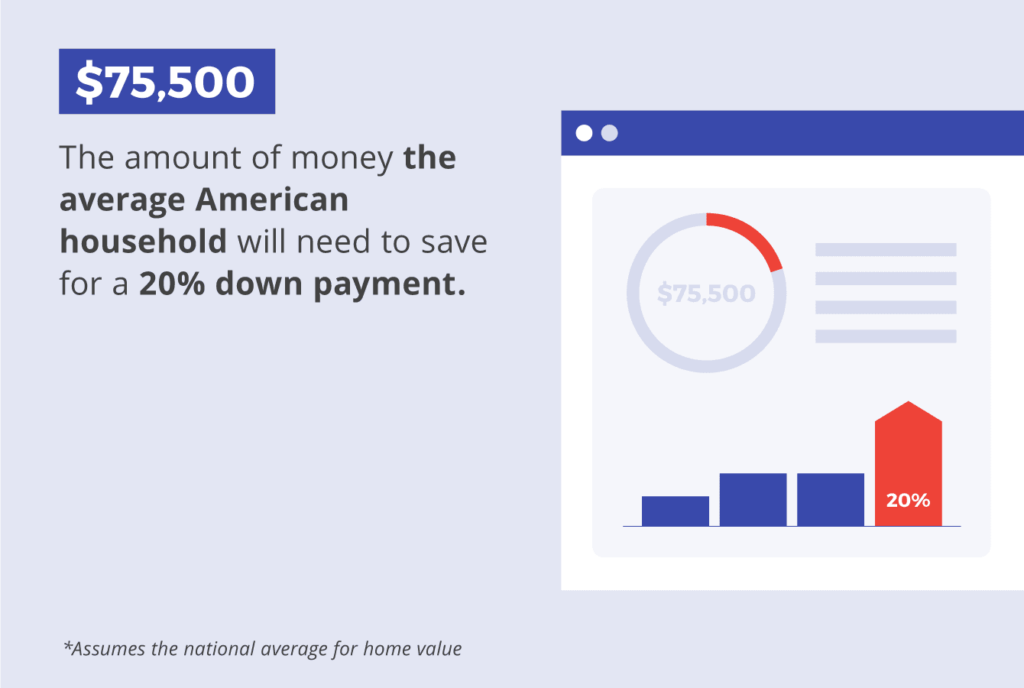 This seems to indicate that although mortgage rates are at all-time lows, the problem is not the mortgage payment, but the down payment. 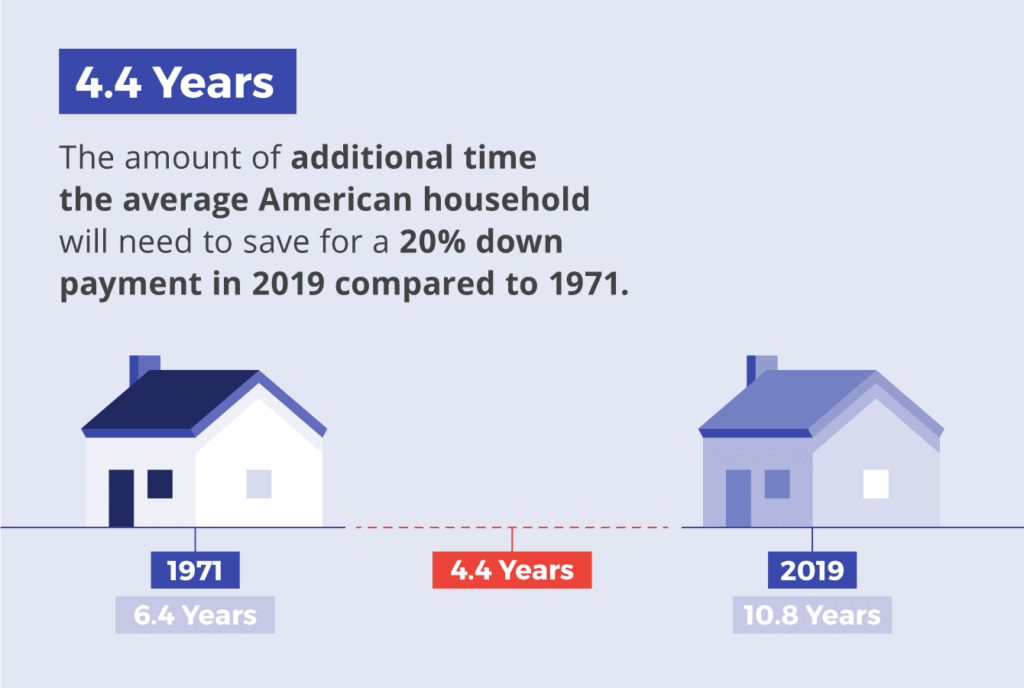 We also decided to look at affordability throughout history, to see how it compares to today.

To visualize this, we calculated what the average household could/should spend on a mortgage payment (based on the 28% rule) and graphed it against the required monthly payment on the average house for 5%, 10%, and 20% down payments.

As you can see, the purchasing power of the average household income is significantly higher post-2009 than the previous 40 years at all down payment levels. Meaning, the 28% of your income that you put toward your mortgage can go a lot further now than it did in the past.

Few did though, which points to why house sales are declining today – they simply don’t have the money for a downpayment.

Here’s a reason that could be the case.

In addition to the increased time and money it takes to afford the down payment today, the average debt load each American household carries is almost as high as it was in 2008-2009, which makes it even more difficult to save.

Where is this debt coming from? It depends on your age group: 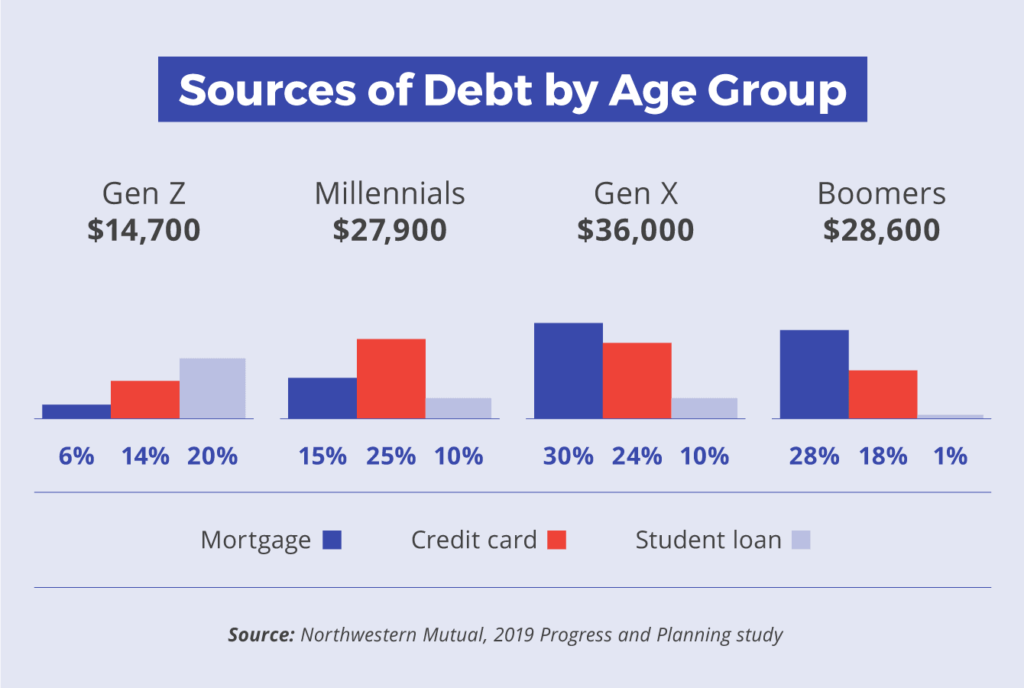 For those younger than 35, this is particularly troubling. Both student debt and credit card debt have a big impact on your ability to purchase a home.

Debt from student loans has increased 406% since 2003, indicating this might be part of the reason two out of three Americans younger than 35 don’t have a mortgage, while three out of four of those who are 65 and older do.

Credit card debt has also been on the rise across the board, up 29.6% in the last 5 years alone. This debt reduces your credit score and raises the mortgage rate you’re eligible for, making it harder to afford a home for everyone.

However, since your credit score is also affected by age (credit history length), this makes houses even more expensive for those under 35.

To determine affordability for the average American household, MYMOVE used the following data:

Then we divided each by 360 (the total number of payments in a 30-year fixed mortgage) and compared the two.

How much house can you afford?

Most American households are hardly average. In fact, the “average” household makes more than nearly 60% of the population.

This is why it’s always best to calculate how much house you can afford as an individual or household before you make a purchase… what is affordable to one may not be to the next.

How to Increase Your Credit Score Quickly, Before Buying a House What are Home Construction Loans and How Do They Work? Everything You Need to Know About Paying Off Your Mortgage Early

Ask a Mortgage Expert: Everything You Need to Know About Buying a Home

Buying a home is always a big decision, but it feels particularly fraught right now. Buyers are looking at a perfect storm of record-high prices, record-low inventory, and rising interest rates — all of which turns one of the biggest decisions of your life into a paralyzingly big decision.  To help us navigate this complicated […]

How to Report Credit Score Errors

Most people think that getting pre-approved is the first step of the homebuying process. But before you talk to mortgage lenders, it’s a good idea to look over your credit reports. If you have errors that are causing your credit score to drop, you may end up paying more than you need to on your […]

What Credit Score Do I Need To Buy A House?

Your credit score is one of the main factors that lenders consider when determining your eligibility for a home loan. That’s why you want to make sure you have a high enough credit score to buy a house. If it’s below-average, they may charge you a high mortgage rate, which could cost you thousands in […]