When you’re planning a home improvement project, it’s wise to comparison shop for materials and labor. However, the zeal to save money can also lead you to work with unscrupulous contractors eager to take your money and run. How do you avoid home improvement scams?

Most homeowners believe that they are too savvy to be ripped off by con artists. However, Jody Costello, home renovation planning and contractor fraud expert and the founder of the Contractors From Hell website, tells Freshome that she hears horror stories on a routine basis.

Costello shares seven of these home improvement scams — and tips for avoiding them. 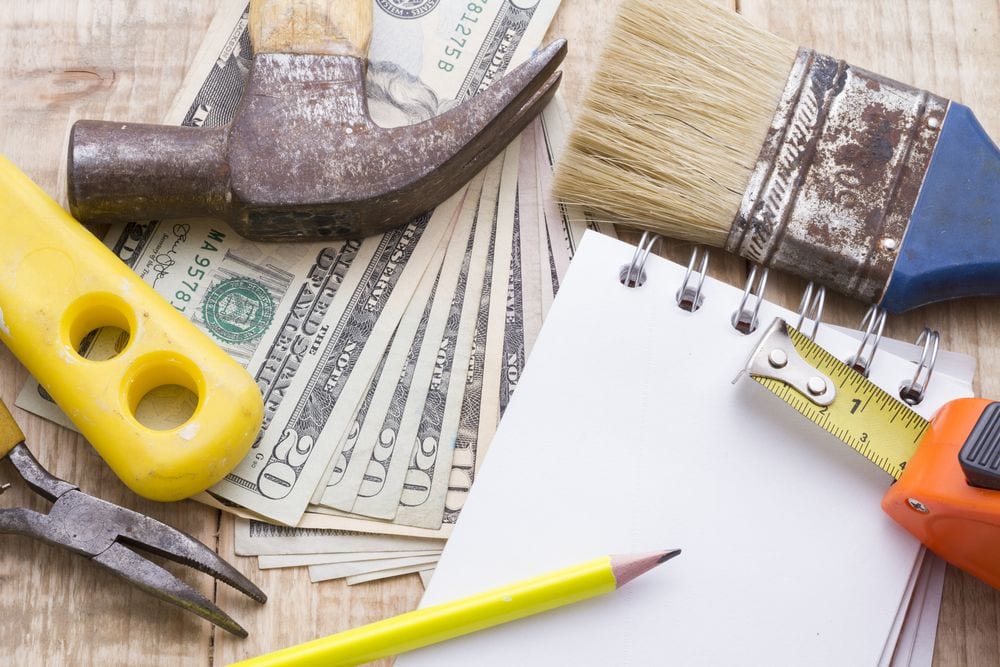 In door-to-door solicitations, a contractor (who may or may not be licensed) tells the homeowner he’s doing work in the neighborhood. “This individual says that he can see they need work on their deck, roof, siding or whatever they claim to see. He happens to have materials left over from another job and can do it for substantially less,” Costello says. She adds that these individuals are likely to happily take your money. Then, they’ll either perform substandard work or, worse, you might never see them again.

Unfortunately, these scams are most commonly perpetrated against the elderly. That’s because they’re more likely to be trusting and in need of help with home repairs. These scams are also popular after major storms, as people are deciding if they should rebuild after a hurricane or tornado. Also, if you’ve decided to buy a fixer-upper, it may be obvious that your house needs work.

Tip: “Don’t do business with solicitors looking to make a fast buck with their stories of working in the ‘hood,” Costello warns. 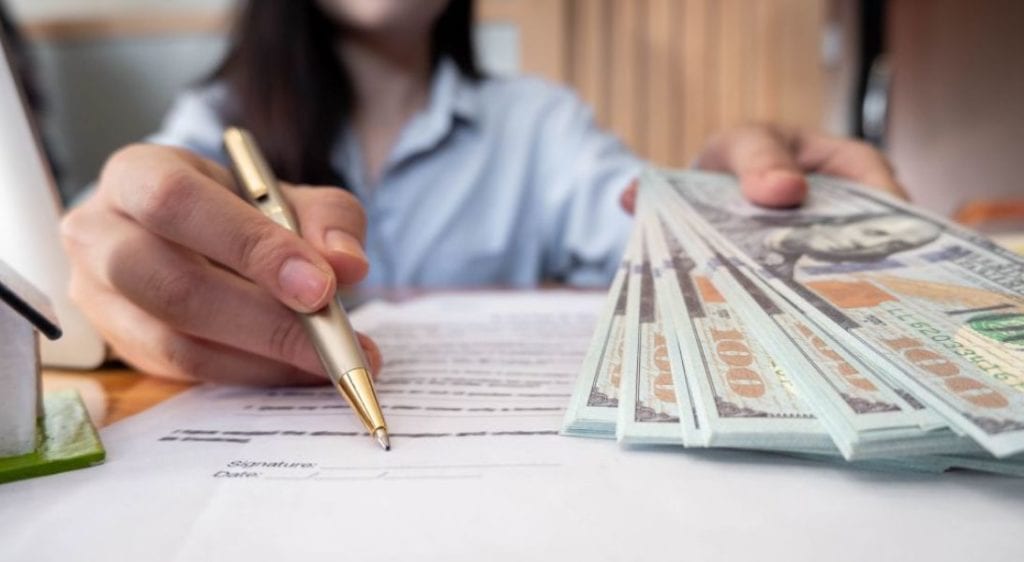 In front-loading, the contractor requires a large amount of money upfront before starting on your project. “Every state has different laws regarding down payments, but it is usually between 10% and 30%,” Costello says. And she advises that you never want to turn over more than 30% to start a project. “You put yourself at a disadvantage when handing over large amounts as you have no work performed to show for it. The contractor drags his feet getting started on your project or, worse, never shows up.”

And here’s something else to think about. “When they ask for a large deposit up front, they’re likely behind on another project where part of your money will be used,” Costello says. Obviously, that’s illegal, but she warns that it happens a lot more than you might imagine. 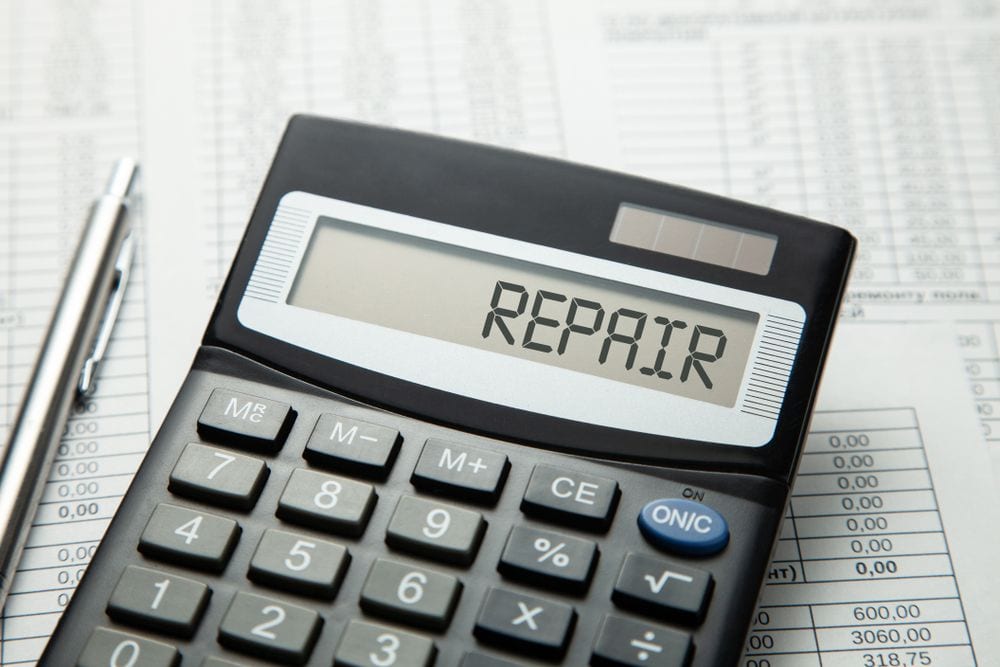 Rushing to save can backfire. Image: ADragan/Shutterstock

Be wary of limited-time offers. “The contractor pressures you into signing a contract today, and you’ll get a discount for doing so — but only if you sign today,” Costello says.

Tip: “Never allow yourself to be pressured into signing any contract, period,” she warns. “No good ever comes from it.” 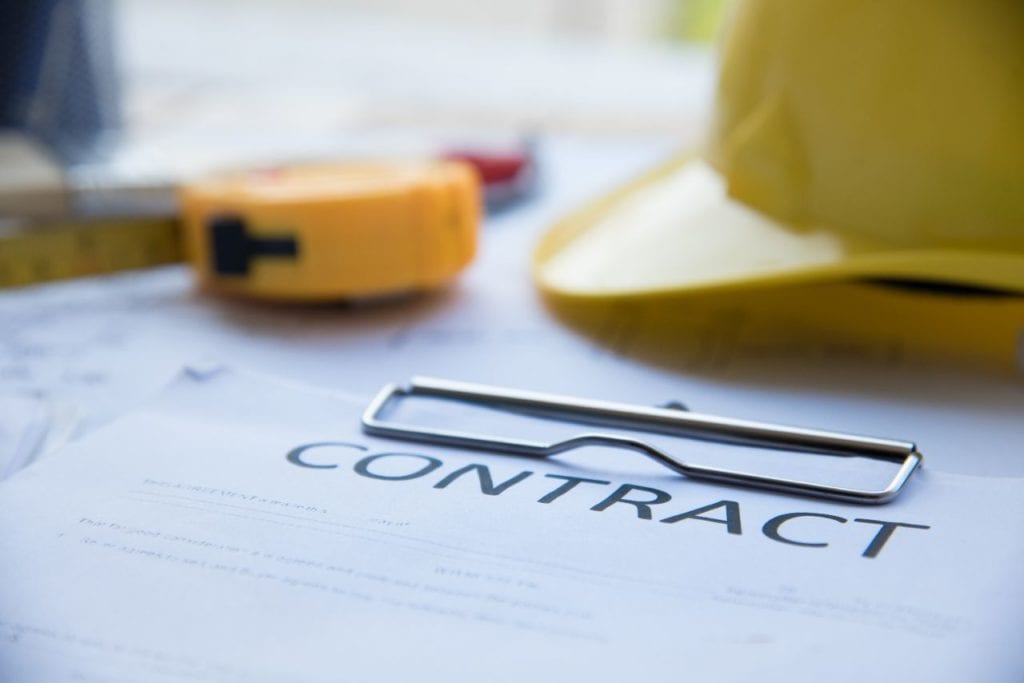 Your contract is legal and binding, so read it carefully. Image: Serthayos sansuwansri/Shutterstock

You should also be wary of low bids and quick assessments. In some scenarios, the contractor bidding on your project will leave off some of the details, knowing that many homeowners focus on the end cost. Pay attention to materials, supplies, construction equipment and subcontractors. “Once the project begins, you realize that some things are not being performed. You confront the contractor, who points to the written agreement you signed which doesn’t include those items. But, of course, it can be added for additional monies,” Costello explains.

“In another scenario, the contractor visits your potential renovation project, quickly assesses it and writes down the bid on the back of a business card or a sheet of paper,” Costello adds. However, your project is too important to let someone set a price based on some scribbled notes. “And you can bet that the costs to do your project will escalate quickly.” 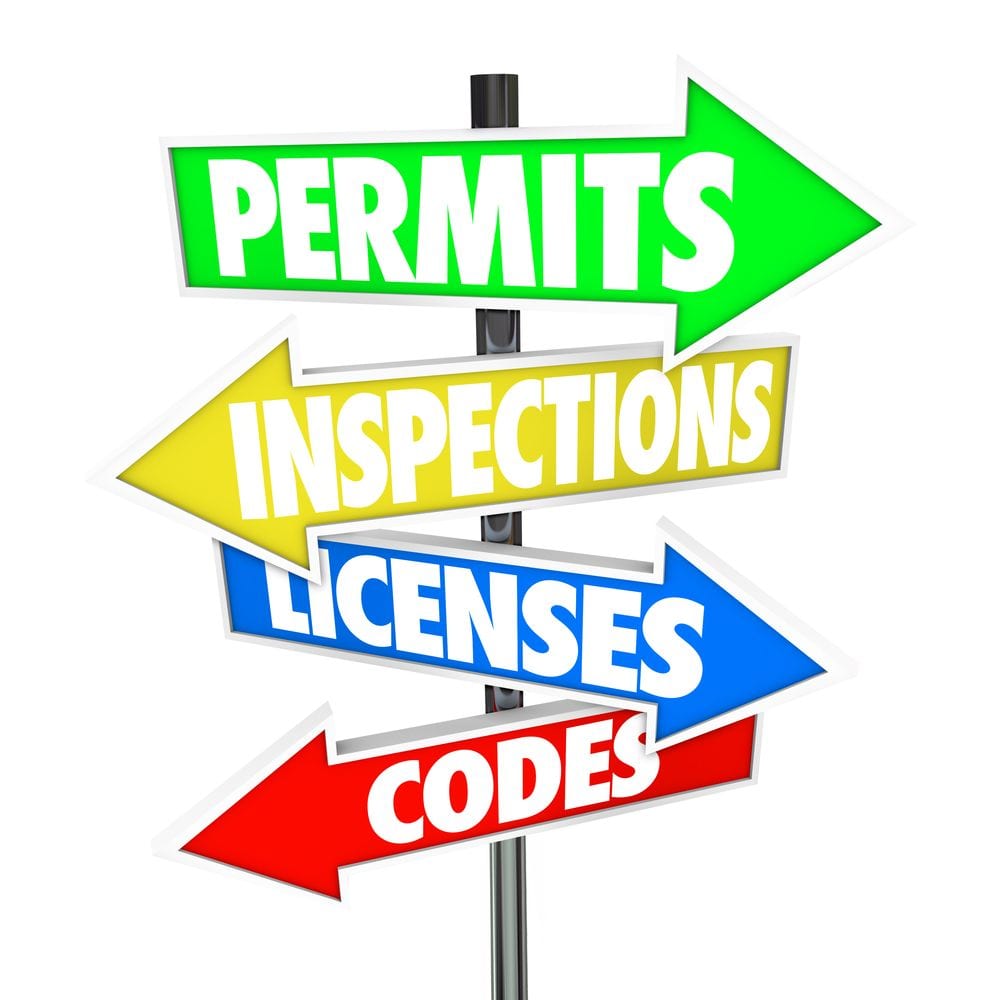 It’s not your job to pull permits. Image: iConcept/Shutterstock

#5:  The homeowner needs to pull the permits

If you’re asked to pull the permits, consider this a red flag. Contractors may tell homeowners that they can save money by pulling the permits, but Costello says that’s not true. “It’s usually because they’re unlicensed or their license is revoked,” she explains.

And there are several reasons why you should not pull the permits. “You want the contractor to pull permits because whoever does is fully responsible for the project and any failures and inspections,” Costello says. And this includes a laundry list of associated responsibilities. “They include obtaining insurance, workers’ comp, employee wages and potentially having to register as an employer with state and federal agencies and pay additional taxes.”

Tip: “Don’t pull the permits yourself,” Costello warns. “Always place that responsibility on the contractor, since ethical contractors will not ask the client to do this.” 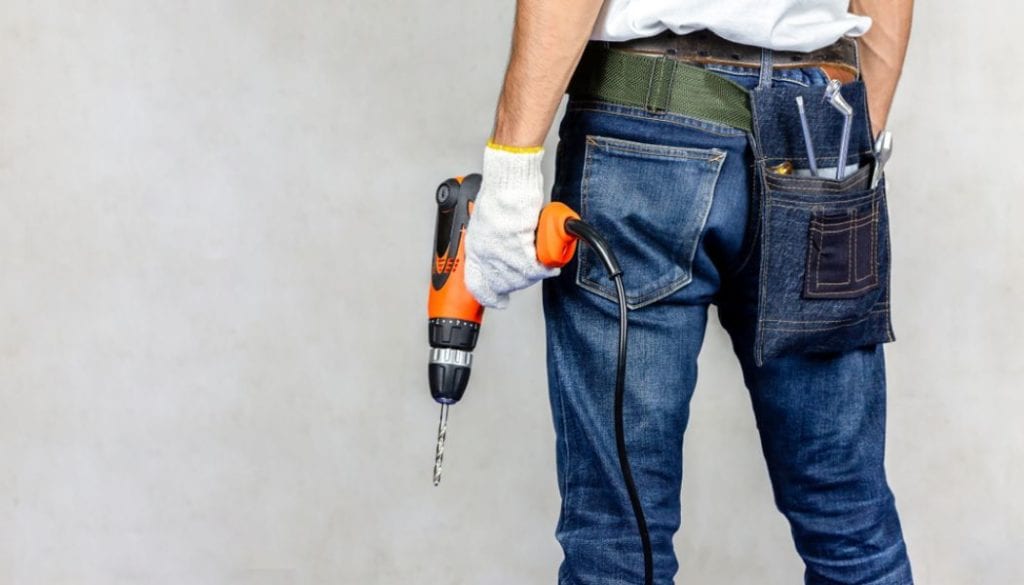 A contractor without a license is a giant red flag. Image dimdimphoto/Shutterstock

#6: The contractor uses someone else’s license

If the contractor doesn’t have a license, that’s another red flag. “It could be that his license has been revoked and he can’t get another license. So he uses a buddy’s license or gets a family member to apply for one and operates under that license.”

In a second scenario, the contractor uses a license number he got from the state Contractors Board. The trouble is that it’s no longer active. He’s counting on homeowners failing to check the license. “If they do, the guy comes up with a crazy story as to why his name isn’t on it,” Costello says. “I have heard this many times from consumers when troubles begin. They start doing some research on the guy and the truth is revealed.”

Tip: “Check the license number to ensure that it is valid and belongs to the contractor you’re working with,” Costello says. 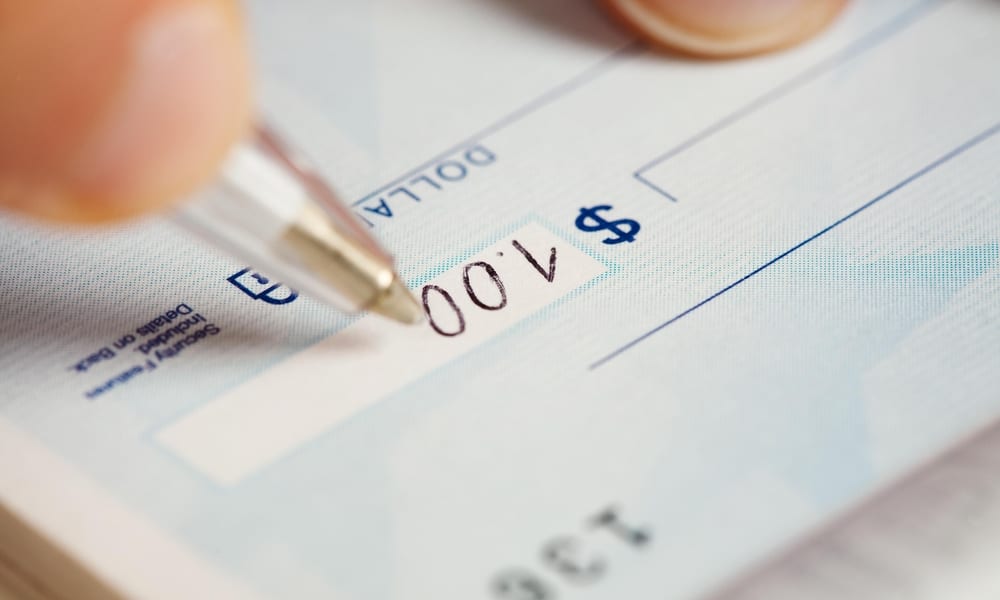 Don’t be a cash cow for your contractor. Image: Nadya Lukic/Shutterstock

#7: The contractor asks for more money to continue the project

It’s not uncommon for projects to go over budget. But pay close attention to contractors asking for more money than is agreed to in the contract part way through the project. “It’s possible that the contractor has mismanaged the money given for your project or is behind on paying his subs or purchasing materials,” Costello says. “The contractor then comes up with some excuse for needing more.”

She warns against falling for this ploy. Costello says the contractor will continue to come back for more if you take the bait.“Many consumers share stories of handing over money repeatedly. Some of them want to get the project done and want to get the guy out of their hair,” Costello says. “Others are simply intimidated and some have been threatened with liens filed against their property.”

Tip: “Stipulate in your written agreements that any ‘extra money’ for extra work will only be considered in the form of a Change Order. In a Change Order, both parties agree to the work and sign the agreement. Then, it’s added to the overall cost of the project before anything is done.”

If this stipulation is in your agreement, Costello says the contractors cannot legally put a lien on youroperty. Plus, this clause will scare off unethical contractors.