Everything You Need to Know About Light Bulbs 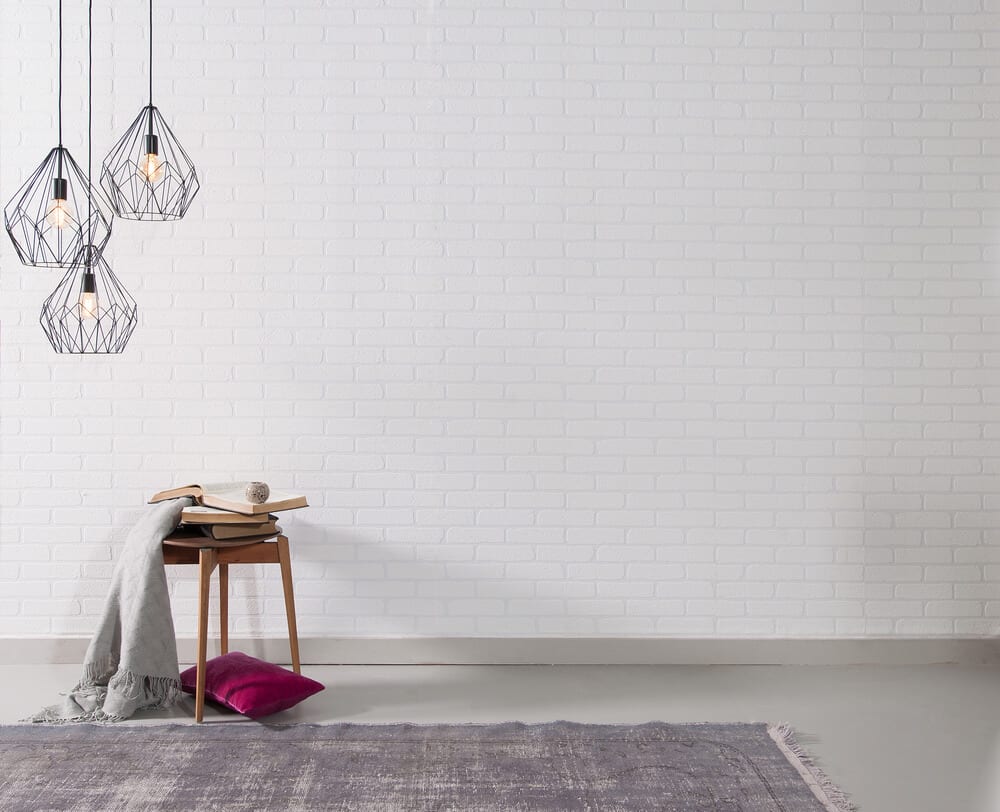 Learn everything you need to know about light bulbs so you can pick the best one for your home. Image: united photo studio/Shutterstock

We hope you like the products we recommend. Just so you are aware, Freshome may collect a share of sales from the links on this page.

For over a century, Americans have used electricity to light their homes. And that’s meant a recurring purchase: light bulbs. But if you’re still using incandescent bulbs in your home, it’s time for an upgrade.Today there are new, more energy efficient options. And even if you don’t care about your energy consumption, you’ll want to know this: these new light bulbs can save you money in two ways. First, their minimized electricity usage means you get lower utility bills. Secondly, they last longer so you’re not shelling out for new bulbs nearly as frequently.

Think a few bulbs here and there aren’t that big of a deal? Think again. ENERGY STAR reports that the average American household has 70 (count ’em, 70!) light bulbs. And all that lighting can use more energy than your refrigerator, dishwasher and washing machine put together.

So what are you waiting for? Use this guide to light bulbs to figure out which energy- and money-saving option is best for your home. 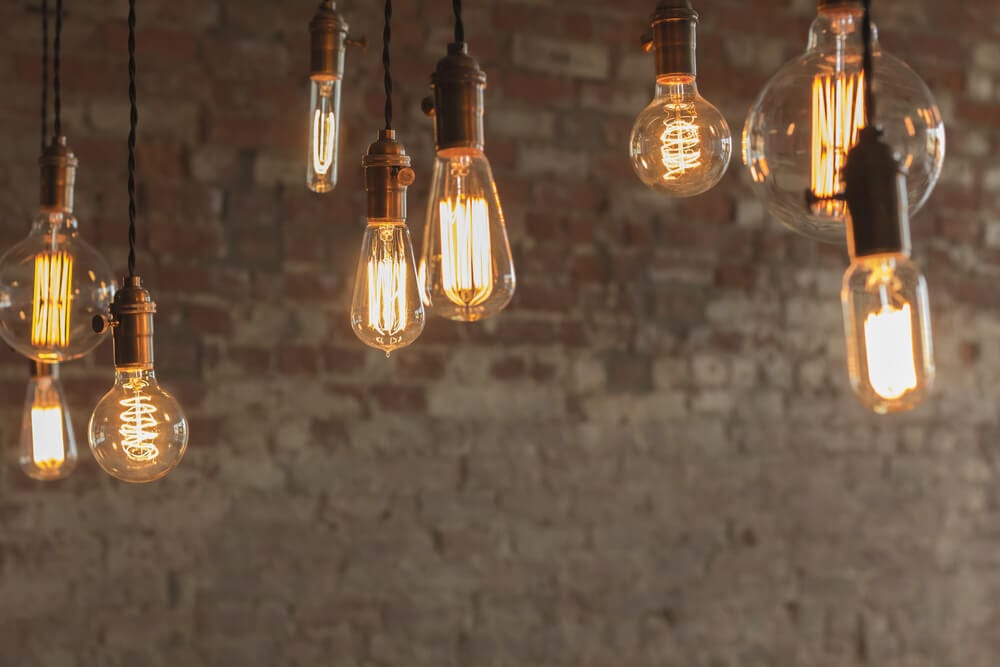 Incandescents are over. Image: Ezume Images/Shutterstock

Let’s start with the most basic light bulb: incandescents. These have been super handy in the last dozen or so decades. But they’ve served their purpose and it’s time to put them to bed.

Why? ENERGY STAR estimates that the new ENERGY STAR-rated bulbs use a whopping 70 to 90 percent less energy than incandescents. But wait, there’s more! They also last at least 15 times longer. This all averages out to about $55 in savings per bulb.

Still not convinced to move away from incandescents? We get it. Incandescent alternatives used to be known for their harsh, cold light. And here at Freshome, we know that lighting is important. But even our team is moving to other types of bulbs. No, we’re not just sacrificing form for function. Turns out, you aren’t the only one who hated that cool, bright light — and manufacturers listened. Today, there are tons of incandescent alternatives in warm white and soft white. They’re even dimmable!

So get on board. There’s no time like the present, especially considering the sale of residential-use incandescent bulbs will be pretty much completely banned by 2020.

Fear not! You’ve got a couple of other fantastic options. 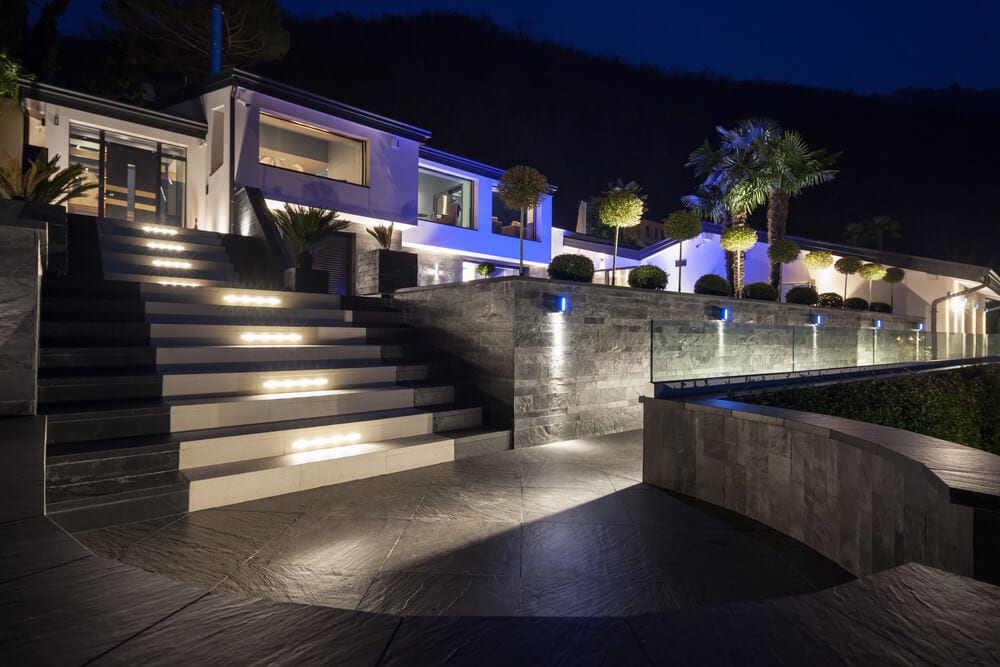 LEDs can brighten indoors and out for a fraction of the cost of lighting with incanescents. Image: alexandre zveiger/Shutterstock

Light emitting diode, or LED, bulbs are the front-runner incandescent replacement. They started pretty pricey (we’re talking three figures), but you can now grab an LED bulb that gives off the same amount of light as a 60-watt incandescent bulb for just a couple of bucks. And you’ll get a lot of bang for that buck, considering LED bulbs generally last between 20,000 and 50,000 hours. That means they’ll last decades in the average household.

Another perk of LEDs: they don’t emit heat. So you can safely touch them without hurting yourself and your AC won’t have to work overtime to keep your house cool. That might not seem like much but, again, we’re talking 70 bulbs a house on average. That radiant heat adds up.

If you want an LED that’s truly going to maximize your savings, look for ENERGY STAR-rated LED light bulbs. The package will be marked with their blue square logo. 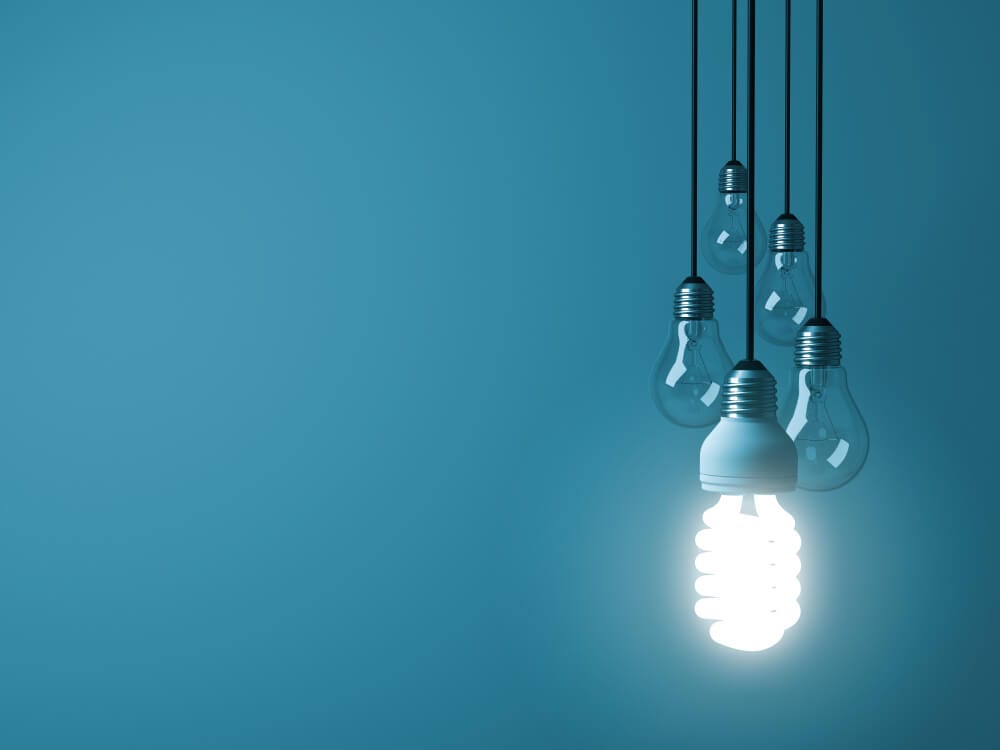 LEDs certainly have their perks, but they do come with a price. If you’re looking for a more incandescent-comparable price, compact fluorescent lights, or CFLs, could be for you. Back in the days of expensive LEDs, these were the go-to for people looking to choose more energy efficient lighting. But they’re also to blame for some of the association of non-incandescent bulbs and harsh, white light. Because, yes, they are fluorescents. And some people didn’t like the idea of having their sterile office lighting follow them home.

Fortunately — like their energy-efficient ally, the LED — CFLs have changed. You can now find them in warm white and soft white. CFLs usually last around 10,000 hours (still pretty impressive) and have a signature spiral shape. 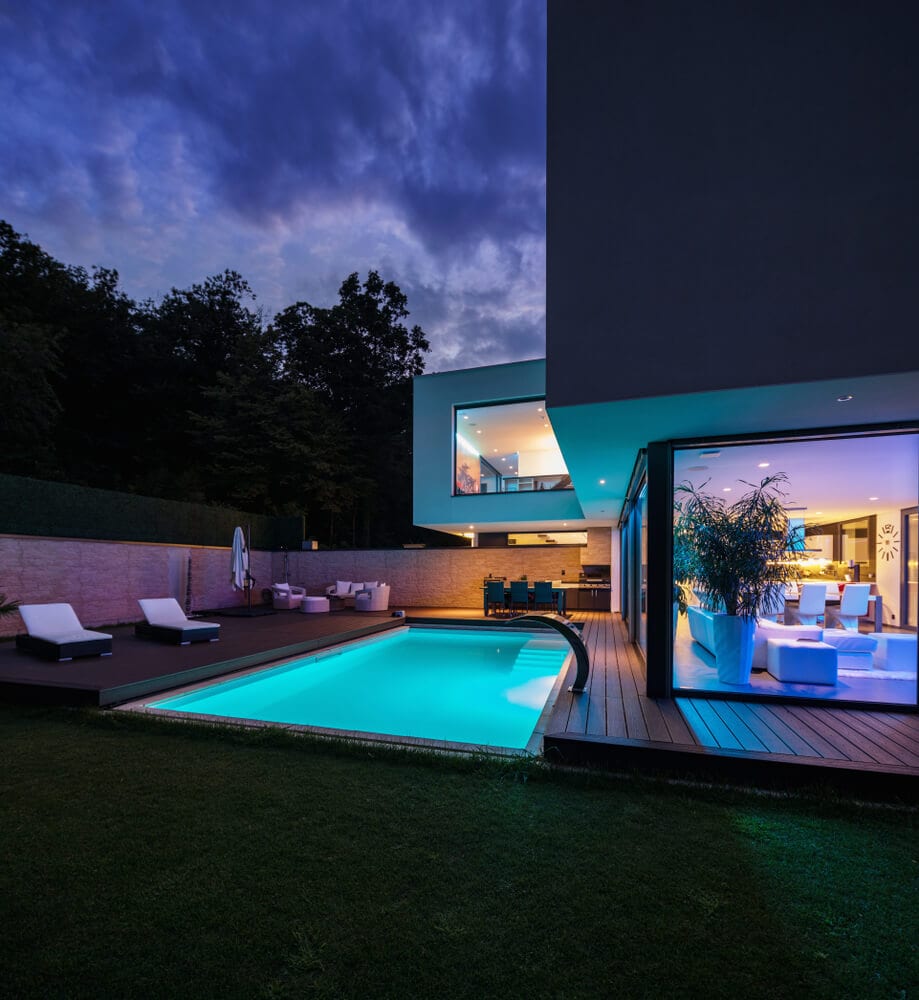 The future is now

Why stop there? With its long history of innovation, now that the light bulb has solved its energy use problem, it’s onto bigger and better things. Today, you can get voice-activated bulbs that your digital assistant (e.g., Alexa, Google Home) can turn on and off for you. No more getting out of bed to turn off the light at night. If that’s not luxury, we don’t know what is.

There’s more, too. You can get LEDs that change colors with a few presses of a button. Mood lighting, anyone?

When it comes to choosing the perfect light bulb for your home and your wallet, you’ve got options. Steer clear of those pesky incandescents, look for an ENERGY STAR logo and you’ll pull in some savings while doing your part for the environment.

Now that you know which light bulbs to use, you can start working on the more fun part: choosing fixtures and placements for them. You could even DIY if you’re feeling crafty. After all, you’ll have all those pocketed energy savings to spendn supplies. Let there be (energy efficient) light!

Kacie Goff is a personal finance, home, and insurance writer with over five years of experience. She's also dedicated to besting her brother, a financial advisor, with insider insight into the personal finance industry, and spends hours researching the latest rates and regulations. She lives in Ventura, California, with her husband and dingo-look-alike dog, Babou. When she’s not writing, you can find Kacie practicing yoga, working in her garden, or scoping out a new happy hour.