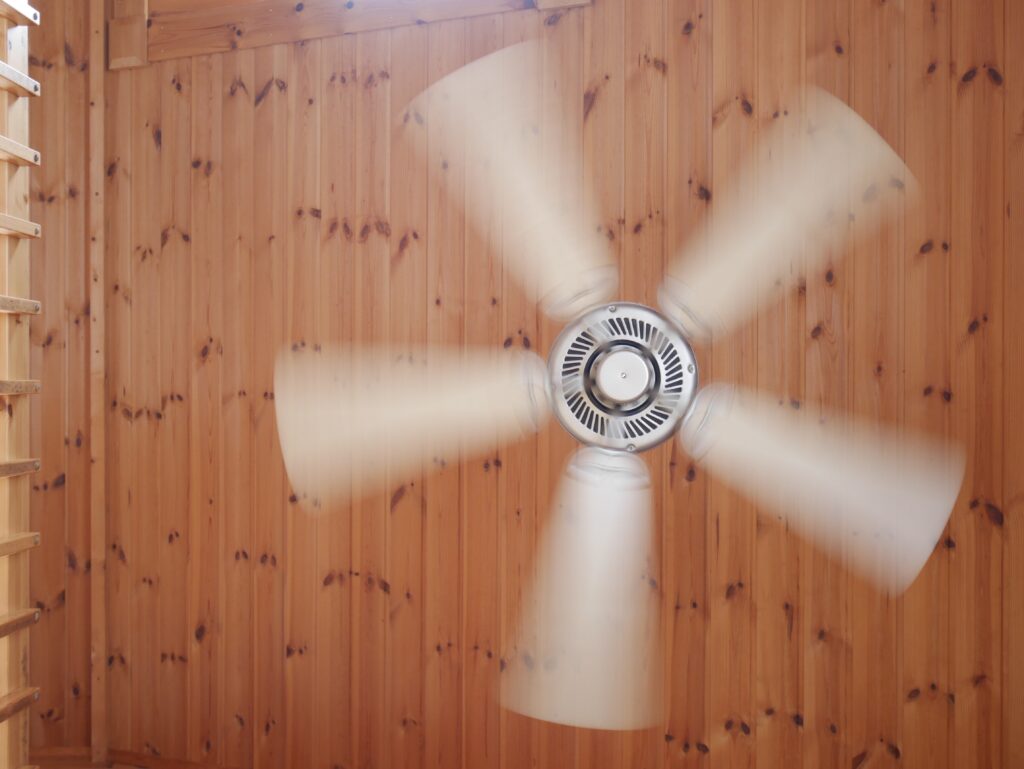 Since the advent of crowd funding, we are seeing an increasing number of entrepreneurs seeking to obtain funding for their projects by asking for the support of various investors who pledge money so that collectively they will provide the financial means needed to see it through. This is exactly what designer Nik Hiner and his business partner Richard Halsall decided to do when they came up with a revolutionary new idea that would allow them to reinvent the standard ceiling fan. Exhales Fans are based in Georgetown, USA  and together Nik and Richard are hoping to raise enough money through their Indiegogo funding page to be able to roll out their design in the New Year.

Freshome caught up with Nik to find out a little bit more about his invention and his plans for the future.

Can you tell us about your company?

Exhale Fans, LLC. was formed in 2011 and is based in Georgetown, Indiana (USA).  My co-founder Richard Halsall and I started working together about eight years ago on other projects and when the fan idea was born we continued to develop it through the years.

Why do you think there has been so little innovation in ceiling fans up until now?

That is a great question.  I think the ceiling fan industry has had blinders on when it comes to changing the fundamental thing that moves the air.  “Fans have blades, or so I have been told.”

Where did you get your inspiration for the Exhale Bladeless Ceiling Fan?

Being sort of a geek, I was working with bladeless turbines from the 19th-century inventor Nikola Tesla. During this same time frame, my wife and I were in the market for new ceiling fans for our own home.  After many trips to the hardware store, frustrated with our options, I came to the realization that I could use the same base technology as the bladeless turbines I was working with, only in reverse.  The first prototype was built in my garage.  There have been many advancements and prototypes since and the Exhale fan is the result.

How long has the design and development process taken?

I have been designing, prototyping, or generally thinking about the Exhale fan for the past six years.  About 18 months ago, Richard and I decided it was time to get serious about the fan and set out to advance the design and production capabilities.

You have sought to fund your project via the popular crowdfunding site Indiegogo. Why did you decide to go down this route? How’s it been?

Indiegogo has been great!  We have gone through funding round with friends and family as well as put in much of our own money to get to this point and have been able to produce the production tooling, packaging design, etc.  Our Indiegogo campaign was designed to formally introduce the product to market and provide the remaining funding to purchase raw materials and press time for our first production run.

Your bladeless fan utilizes the science of laminar flow. What is this exactly?

The easiest way for me to describe how the fan moves air is a visualization.  Air in science behaves much like water.  If you put a drop of water on a plate it would fly off the edge when spinning.  Air works the same through the Exhale fan, it sticks to the surface of the discs and is thrown from the edge while spinning.  The laminar flow or ‘streamline flow’ represents the unobstructed path of the air through the bladeless fan.

Does the Exhale fan use new technology? Or does it use existing technology in a new way?

The fan is based on the bladeless turbines from Nikola Tesla.  However, there have been many changes to the original design to maximize the efficiency at low rpm. (300 max)  Tesla turbines were designed to have forced air to enter from the outside to create very high RPM (50,000+).  The Exhale has an increased input area, larger space between discs, and a cone shaped motor adapter that differentiates it from its inspiration.

What are the main benefits of a bladeless ceiling fan over a standard ceiling fan?

Standard ceiling fans use brute force to mix the air in your environment.  The ceiling fan industry proves this by building large high CFM air movers (Up to 72 inches in diameter) The Exhale fan creates a smooth vortex airflow that effectively homogenizes the room while maintaining a small form factor.  (34 inches in diameter)

Who is the Exhale Bladeless Ceiling Fan aimed at?

The Exhale fan fits well into designs from the ultra-modern to traditional.  Because of its small size, it can be used in rooms where the larger fans just don’t fit, but is effective in rooms up to 20’x20′.

Do you have any plans to add more products to your portfolio and if so what kind of products will you be looking at?

We have plans to add LED lighting, integrated wifi, etc to the existing fan.  We are the guys thinking differently about ceiling fans and have many other exciting models in the works.  The Exhale fan is just the beginning.

Freshome would like to thank Nik Hiner for taking part in today’s interview. But now it’s over to you guys. How do you feel about the Exhale Bladeless Ceiling Fan?