When it's done right, there's something about open shelving that is so soothing and aesthetically pleasing. It's no wonder this look has been trendy for a while and doesn't show any signs of slowing down. If you've been wanting to put this trend in your own home, you're in luck. Below are 14 of the most unique open shelving ideas, plus some tips on how to make the look work. Read them over to find a style that works for you.

How to make open shelving work

Open shelving may look simple, but it's actually pretty tricky to pull off. With that in mind, we've pulled together four tips to help you make this look work in your own home. They are: 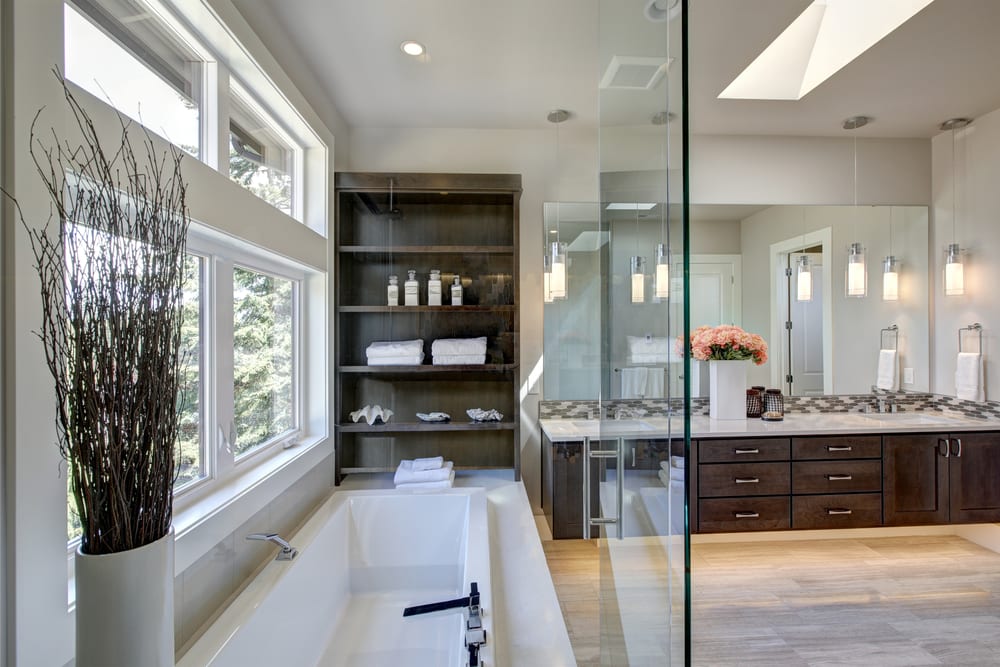 Don't miss out on your chance to put this shelving in the bathroom. Though it may seem strange at first, it's an opportunity to put all those curated bath products on display for your guests. Image: Artazum/Shutterstock[/caption] 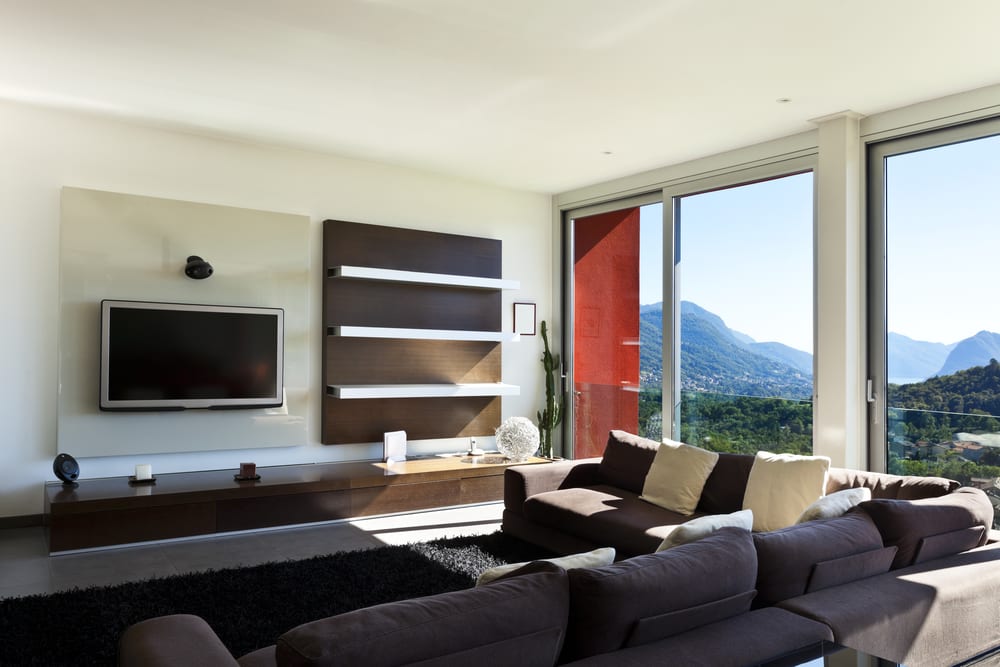 In the living room, open shelving can act as a more modern take on built-in shelving. Image: Alexandre Zveiger/Shutterstock[/caption] 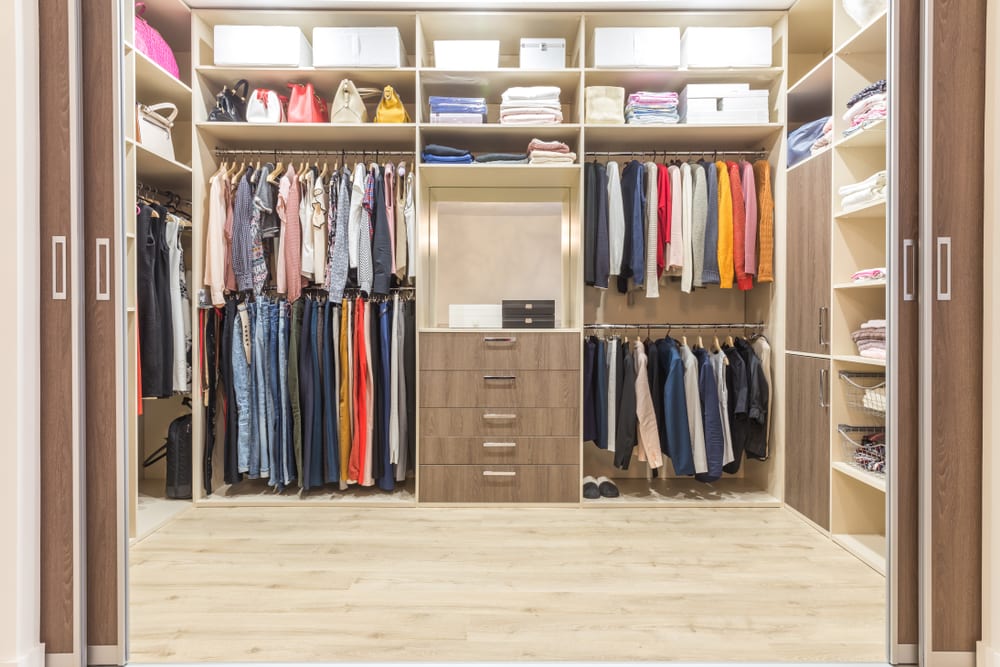 Putting this type of shelving in your closet means that you know which outfits you have at your disposal with just a glance. Why waste time rooting around for clothes when they can be within arm's reach? Image: Mariakraynova/Shutterstock[/caption] 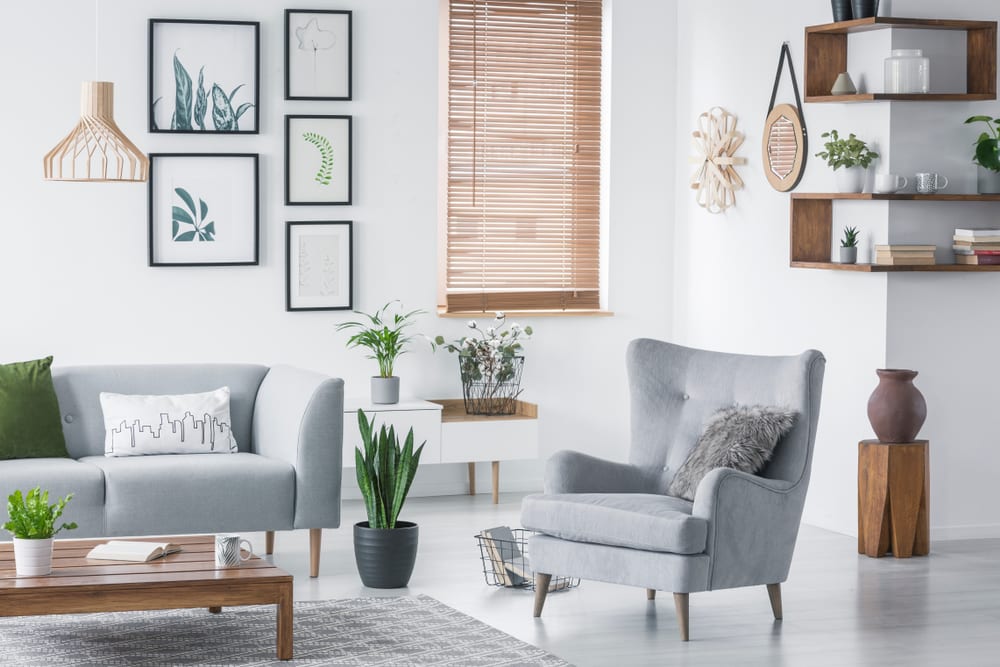 f you have an awkward corner in your home that needs to be put to good use, look no further than shelving to get the job done. You can use it to store odds and ends or to display decor items. Image: Photographee.eu/Shutterstock[/caption] 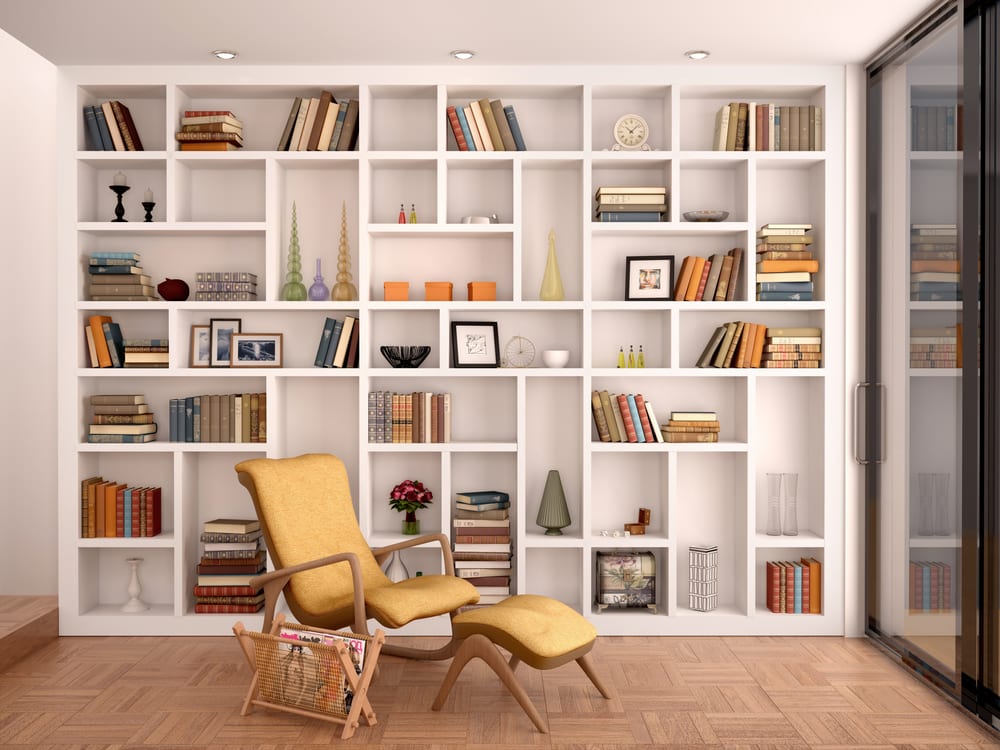 Open shelving is the perfect place to display all your decor items. Use the shelves as an opportunity to infuse your sense of personality into the space. Image: Urfin/Shutterstock[/caption] 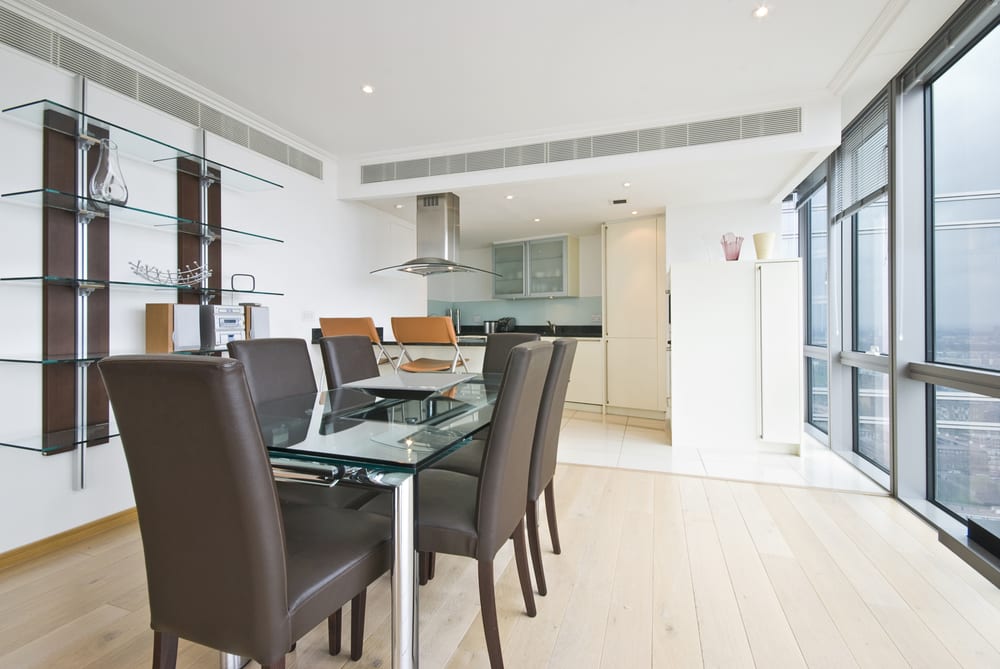 Bring your shelving unit out beyond the cabinets and into the dining area. A setup like this one acts as a modern china cabinet. Image: Fotoplan/Shutterstock[/caption] 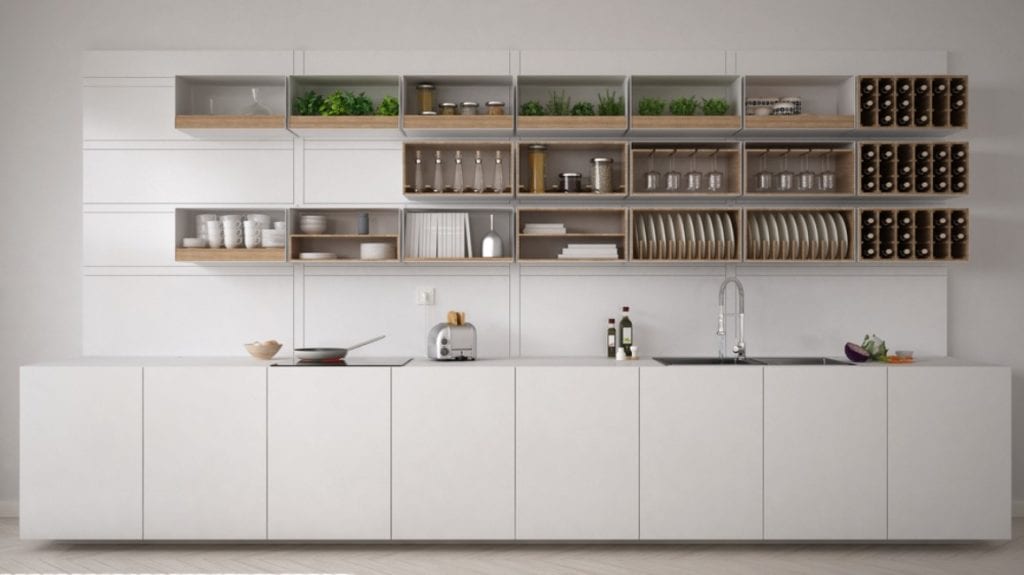 What you put on your shelves is just as important as the shelving itself. Make sure to find items that coordinate. You could match their color, size or shape. Image: ArchiVIZ/Shutterstock[/caption] 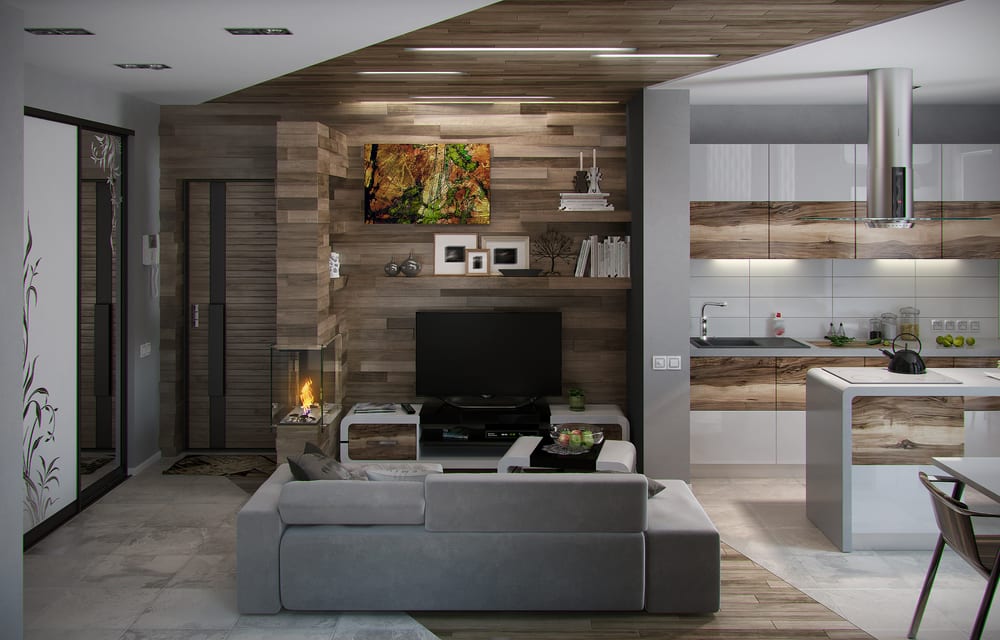 If you love minimalism, try open shelving that looks like this. The barely-there feel to it is very on-trend. Image: ThreeDiCube/Shutterstock[/caption] 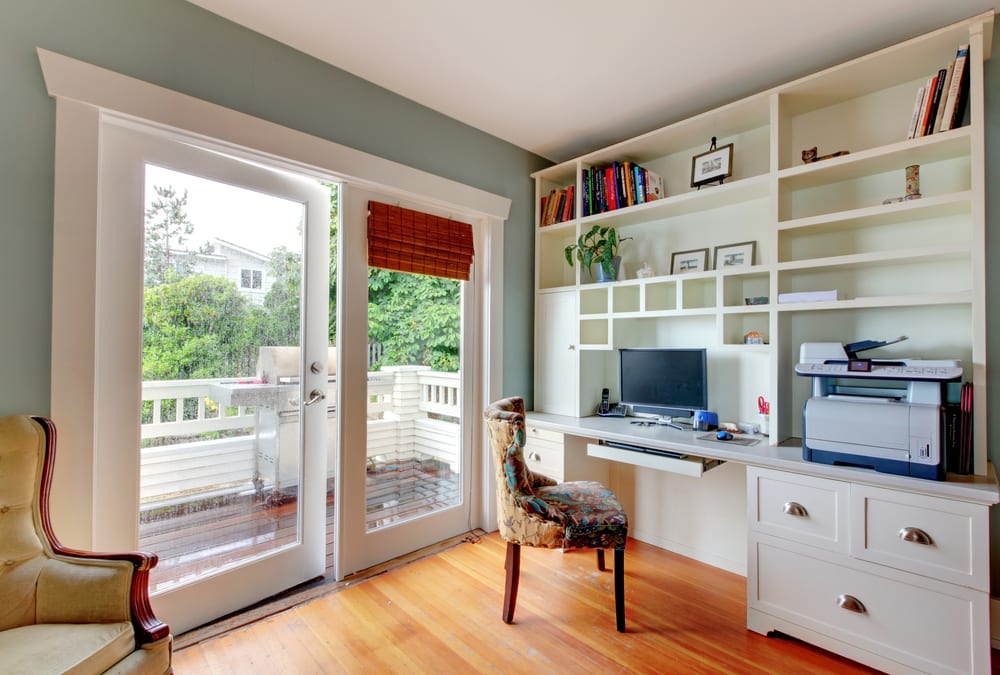 Open shelving is a natural fit for office spaces. Use it to put your credentials and any awards on display. Image: Artazum/Shutterstock[/caption] 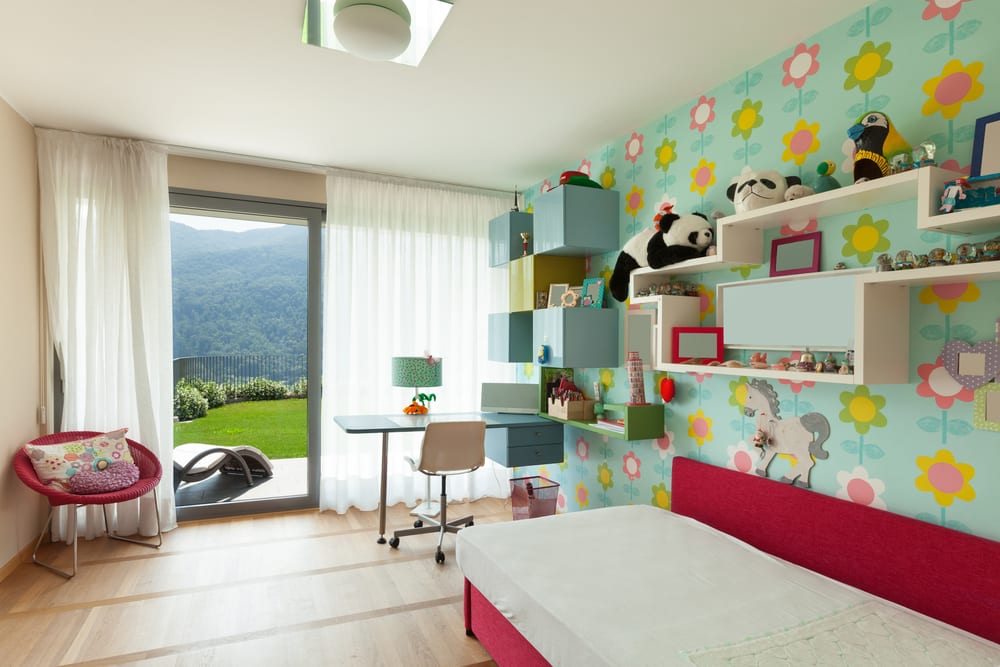 This type of shelving doesn't have to be just for grownups anymore. Consider using it in a playroom or kid's bedroom. Image: Alexandre Zveiger/Shutterstock[/caption] 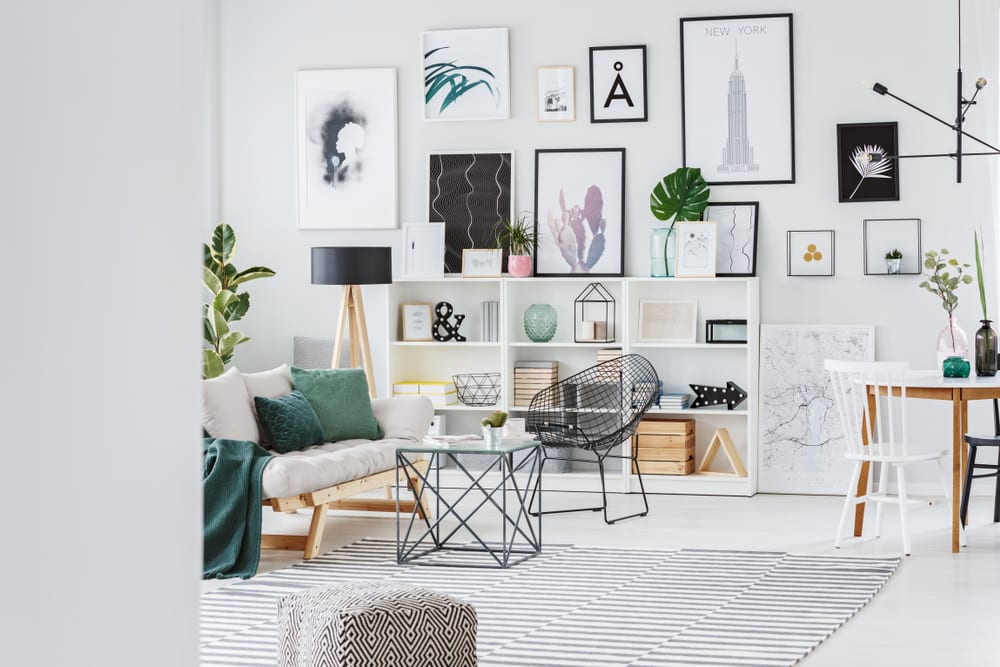 Lining open shelving up against a wall is a trendy way to display wall art. Think about it as an updated take on the gallery wall. Image: Photographee.eu/Shutterstock[/caption] 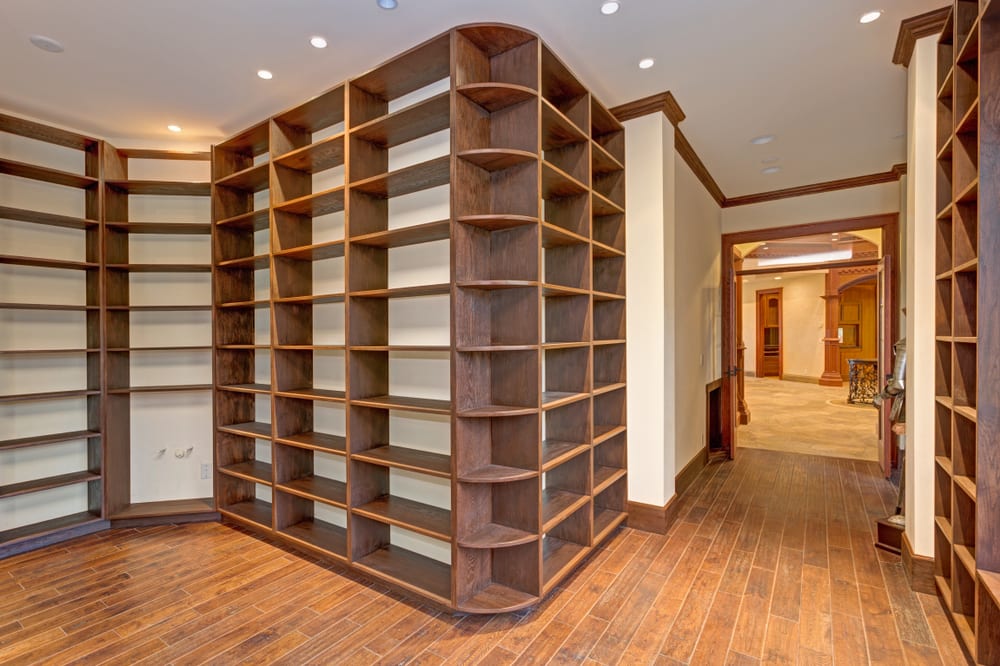 If you have the space in your home, consider doing a take on wrap-around shelving. Not only will you have lots of room to store things, but this shelving will become a neat architectural feature. Image: Alabn/Shutterstock[/caption] 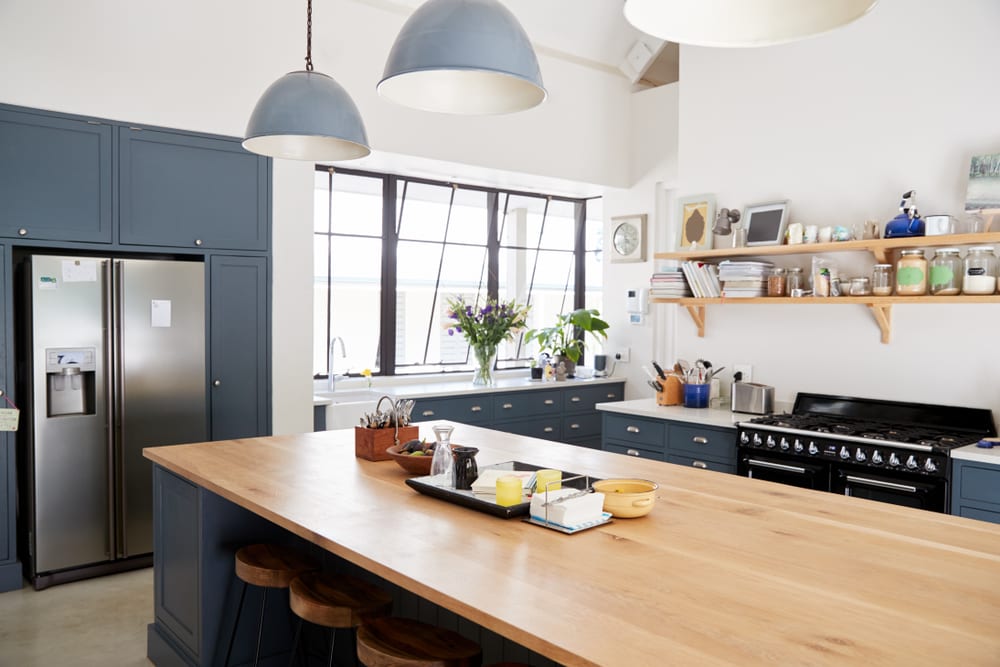 No modern kitchen would be complete without some shelving that puts your tableware on display. Notice how this one is styled to match the butcher block on the island. Image: Monkey Business Images/Shutterstock[/caption]