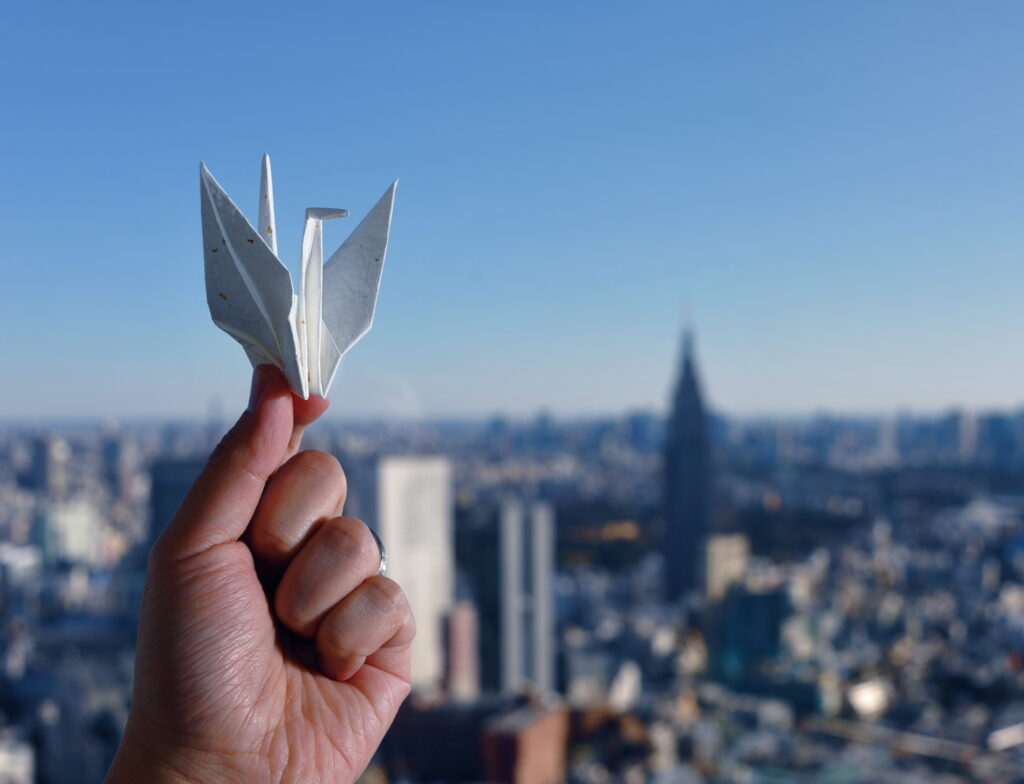 Origami, an ancient art of Japan, is a creative method of folding paper to develop beautiful shapes and forms. After it was popularized outside of Japan in the mid-1900s, it has evolved into a modern art form, which has inspired artists from all over the world and from many areas of the arts, including architecture. Attempts to make architectural designs based on the concept of origami designs range from residential buildings to hotels, amusement centers, offices, etc., especially now that origami has become something of a trend in contemporary architecture. In support of this idea, here are 15 amazing buildings from around the world which bring together splendidly the art of origami and that of architecture and design.

This angular black concert hall was designed by Delugan Meissl Associated Architects after winning a competition for the design of the project in 2007. The new Festival Hall was meant to contrast with the curved white playhouse it accompanies in Erl, Austria, but its form and positioning also relate to the impressive landscape setting defined by the rock formations in the back, and to the presence of its neighbouring historical counterpart.

Located in the center of the city’s cultural complex, the program for the Tel Aviv Museum of Art Amir Building posed the architectural challenge of resolving the tension between the tight, triangular site and the museum’s need for a series of large, neutral rectangular galleries. The solution: subtly twisting geometric surfaces that connect the disparate angles between the galleries and the context, while refracting natural light into the recesses of the half-buried building. Designed by Preston Scott Cohen, Inc, Tel Aviv Museum of Art Amir Building was the First Prize Winner in the Herta and Paul Amir International Competition.

The concept used by Rojkind Arquitectos for designing the building started from a playful folding shape that is evocative for kids, of an origami shaped bird, or maybe a spaceship. What might seem like a capricious form is the fruit of diligent design explorations and an intuition about what the place should express. The spectacular result is as firm as the faceted shapes which sustain it.

The Panteón Nube located in Murcia, Spain, and built by studio Clavel Arquitectos is a modern tomb, which features an asymmetrical design and an ambient light provided by the onyx stone. The Panteón Nube tomb is contained within a faceted shell, which is revealed when the doors are rotated open. However, the zig-zagging doors of this mausoleum can only be opened in one specific order that just the owner knows. By doing this, the architects wanted to refer to the mystery surrounding the death.

Designed by McBride Charles Ryan, this holiday home is situated in heavily treed sand dunes directly behind 16th beach at Rye on the Mornington Peninsula, only two hours from Melbourne. The building is based on the idea of the origami version of the Klein Bottle which was the perfect fit for the constraints of the site. The result is a unique and spectacular shape. Largely steel framed and clad in cement and metal sheet, incombustible and lightweight, these materials meet stringent fire overlays.

Designed by Moneo Brock Studio, this enclosed pavilion and surrounding park is situated on a 35-acre site bordered by the Júcar and Moscas Rivers and the historic Spanish city of Cuenca. Composed of 23 pentagonal modules that together form a structural network, this steel and glass pavilion addresses the relationship between the natural beauty of the landscape and the adjacent urban fabric.

Tokyo-based architecture practice yasui hideo atelier designed Karuizawa Museum Complex in Nagano-Ken, Japan, seeking to achieve a visual contrast from the curvilinear facility by drawing from the traditional craft of origami. Lying low to the ground, the single-level building exhibits a series of folds and pleats in its overall form. The faceted surface creates a topography of its own, referencing the rolling peaks of the surrounding Yatsugatake mountain, while the triangular windows clustered around the south facade provide a level of transparency to balance out the solid nature of the titanium exterior.

This temporary, interactive installation designed by HHD_FUN was based on the concept of ‘complex systems’ which can observe, perceive, and research our living world, society, and biology. Abandoning traditional architectural design methodology and using this computational algorithm, the artists (architects) seek to challenge the traditional top-down design method. Connecting the logic of the algorithm and its execution process with physical architecture can generate unexpected results. To visualize these results, the generated digital data are embedded into the Google Earth projections.

Nottingham University has opened a new campus in Ningbo, China: The Centre for Sustainable Energy Technologies (CSET). The building was designed by  Mario Cucinella Architects to minimize its environmental impact by promoting energy efficiency, generating its own energy from renewable sources, storing rainwater and re-using grey water where appropriate. It is intended that this building will not require conventional heating or cooling systems, and residual energy requirements will be met by renewable sources. The building is conceived as a beacon, which is visible from all around the campus. The tower wrapped in printed glass twists and distorts like a Chinese lantern creating many different facades and uniform skin which will glimmer by day, while by night certain fully glazed panels will become transparent. 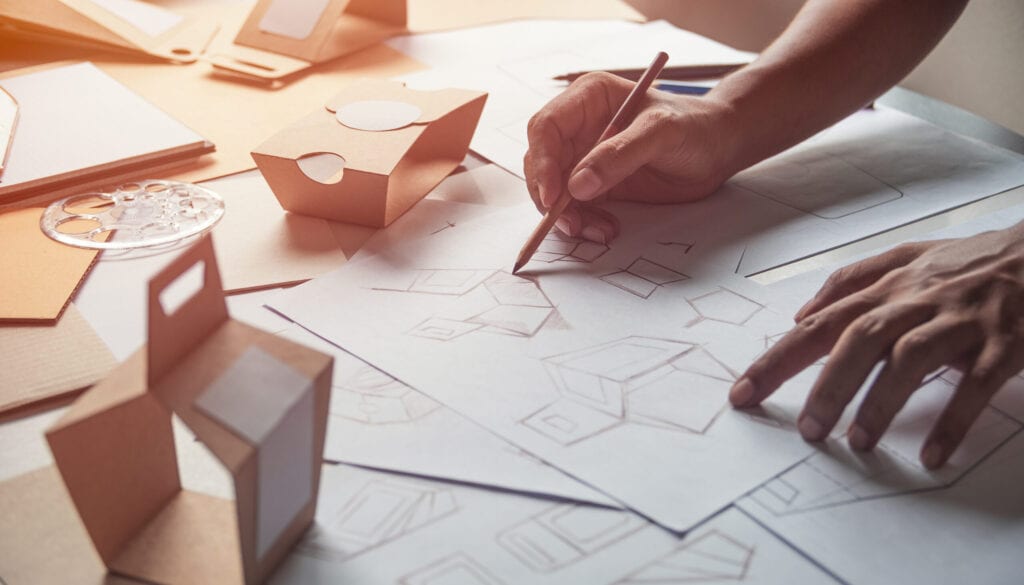 This amazing house in Barcelona, Spain, called the AA House has been designed by OAB deriving their inspiration from the geometry and simple design of the Japanese origami styles. The roofs and pavilions are made to be so sharp and facing in different directions. This home is also painted fully in white tones making some spacious illusions for the home look.

Localarchitecture and architect Danilo Mondada were awarded in 2007 the contract to renovate the motherhouse of the Deaconess Community of St-Loup. Built directly on the ground, the new chapel blends subtly and delicately with the landscape. Interpreting the traditional layout of protestant churches, the design creates a space whose horizontal and vertical dimensions vary via a series of origami-like folds, which give rhythm to the interior and exterior of the building.

Lisbon Orient Station, one of the main transport hubs in Lisbon, Portugal, and one of the world’s largest stations, was built for the Expo ’98 world’s fair in Parque das Nações, where it is located. Designed by the Spanish architect Santiago Calatrava, well known for designs that are often rooted in natural patterns and forms, particularly sea life and birds, the station bears considerable resemblance to such shapes, as well as the architect’s earlier Allen Lambert Galleria within Toronto’s Brookfield Place.

Much of the design of this building was influenced by the unusual location of the site (on a 20 meter-wide stripe on the avenue, and an extension in the rear, between two courtyard gardens), which led the architects of Manuelle Gautrand Architecture to develop a project that would embrace and take advantage of the view and immerse into the natural light. An emblematic showcase of the building — the main façade is mostly glass, partially covered with a second — skin of screen-printed marble pattern. The rendered effect is a tremendous origami and the view of this delicately folded marble can be enjoyed both from the exterior and interior of the building.

The Helios House is a gas station in Los Angeles, which soon after its building in 2007 became a landmark of the city. Designed by Office dA in Boston and Johnston Marklee Architects in Los Angeles with the purpose to reinvent the standard gas station design, it also comes with special green features: the roof, which is drought tolerant and collects water from irrigation, is formed of triangles made from recycled stainless steel and contains cacti and 90 solar panels, which reduces the energy consumption of the station by 16%.

The striking glass exterior of this Health Department building in Bilbao, Spain is how designers of Coll-Barreau Arquitectos responded to the city’s restrictive building code that requires stepped setbacks for all multistory buildings along its main streets. The result was this eye-catching hybrid that boosts the structure’s energy efficiency in addition to making it stand out on the boulevard. This design also comes with two major practical benefits: noise from the busy boulevard is noticeably reduced and solar heat gain is decreased via radiation reduction and breathable wall system.