How Architects Take Advantage of The Golden Ratio

When you really think about it, one of the coolest facets of architecture is the ability to have buildings be so different – so varied in terms of size, shape, and style – and yet so similar at their core. No matter who designs the building, it is constructed from a blueprint. No matter what a structure looks like once it’s finished, it’s still is assembled from a collection of natural materials. Regardless of what the building’s eventual purpose is, the golden ratio was most likely used to determine its proportions.

This ratio – 1:1.61– occurs over and over again in nature. It is found in everything from the shape of our universe, the structure of clouds, and the even the proportions of the human body. Humans have incorporated it into everything from mathematics, to artwork, and music. With such varied applications, it should come as little surprise that this ratio is rooted in architecture’s fundamental principles. Continue on to find out how architects take advantage of the golden ratio in their work. You may find yourself looking at your surroundings in a way that you never have before. Every style of home shares some of the Golden Ratio’s basic conventions. Image Via: Lake Country Builders 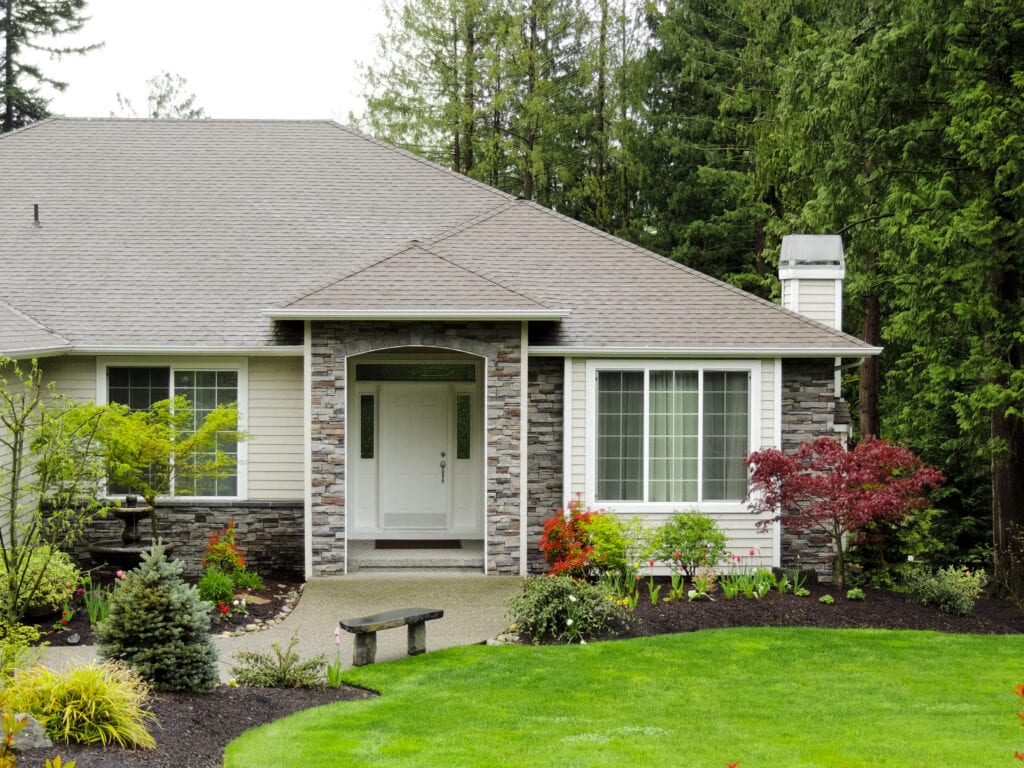 As with any industry, architecture would not be what it is today without relying on the architectural lessons of the past.  Phi, which is another term for the ratio,  is just one of those concepts that inform the way in which we look at buildings today.While there is some controversy over the exact origins, many people believe that use of the ratio dates all the way back to the Great Pyramids in Egypt. It can also be found in many of the world’s other most famous buildings including: the Parthenon, the Notre-Dame of Laon cathedral, and he Taj Mahal.Every time you view a building with evenly spaced columns, that’s a nod to the ratio and it’s tenure with the ancient greeks. Every time you look at a home with a peaked and sloped roof that allows for winter snows to easily fall off, that’s also thanks to the ratios calculations. Next time you take a walk around your neighborhood, see how many examples of phi you can see. We think you’ll be surprised how many there are. It’s not hard to see the inspiration taken from the Parthenon. Image Via: Dennison and Dampier Interior Design 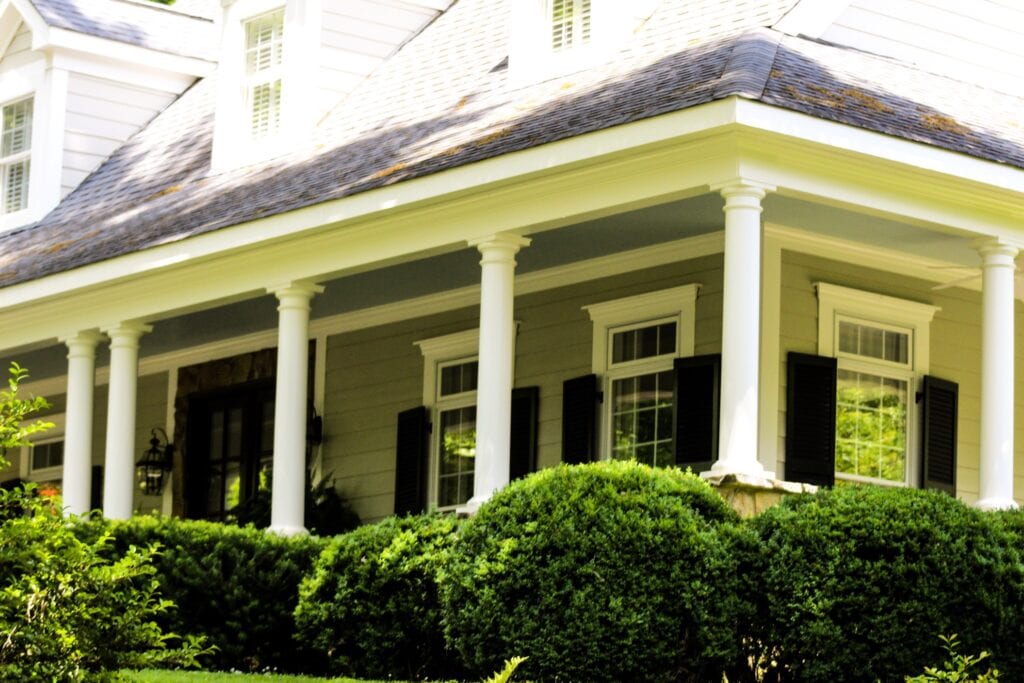 It Brings Balance and Height

As a general rule, we gravitate toward buildings that appear balanced. Though “modern” marvels of construction may be fun to look at, we tend to write them off for day-to-day use because they the space is perceived as less functional than their more conventionally structured counterparts. One of the simplest ways to impart a sense of balance to a structure is to base it off the principles of the golden rectangle. To explain it simply, a golden rectangle signifies any shape that can be wholly divided into up into a square and a rectangle that, when combined, establish a ratio of 1:1.61. Since both the lengths and widths of these shapes correspond to the ration, the theory states that you should be able to continue dividing the resulting rectangles into smaller and smaller segments while still maintaining the ratio’s proportions.The inverse is also true. If an architect wants to make a structure larger or smaller to accommodate their clients’ needs, as long as they follow the principles laid out by the ratio, they have the ability to correctly alter a building’s proportions with just a few simple calculations.

It Allows For Varying Shapes

Of course, not all buildings are going to be perfectly rectangular. Whether the natural landscape, existing lot boundaries, or personal style dictates that the structure take on a different formation, architects need to be a way to accommodate an array of shapes. Luckily, with just a few extra amendments to the golden rectangle, architects can easily apply the ratio to any shape that they can dream up.Other than the golden rectangle, here are are a few of the basic tenants that architects keep in mind:

By utilizing a combination of the golden rectangle, golden triangle, and logarithmic spiral, architects can create a variety of shapes that range from pentagrams to icosahedron, which have 30 points, and beyond. However it’s important to note that these measurements are often used as approximations or rules of thumb rather than hard and fast figures. Practical limitations on materials, work sites, and human calculation often make it difficult to fit within the ratio exactly. The ratio can be applied to achieve a variety of shapes. 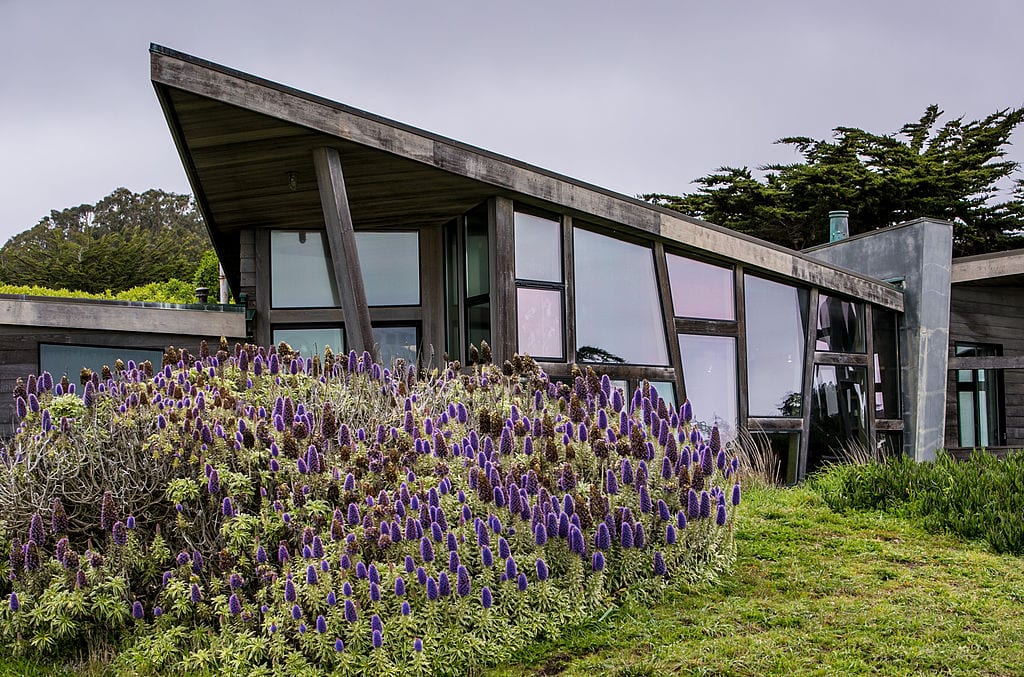 Architecture isn’t just about form and function. It’s also about physical appearance. Just as the design elements you include in your interior design set a tone for the rooms within your home, the way that a building looks has an impact on its surrounding area. Add to that the personal satisfaction that an architect must feel when their work is well received and it’s no surprise that the ratio plays a role.Studies have shown that, when it comes to conventional attractiveness, we subconsciously gravitate towards others whose proportions most closely conform to the golden ratio. With that in mind, it is such a stretch to believe that we would gravitate towards buildings whose proportions match that ratio as well?Architects keep the golden ratio in mind when it comes time to decide how a building’s  floor plan will flow. It’s used when determining features such as how to properly determine a buildings layout, space out windows, and determine where a door should be placed in a room. While these proportions are considered of secondary importance to the building’s structural integrity, adherence to the ratio increases chances that people will find the building aesthetically pleasing. Architects also use the ratio to determine factors like window and door placement. Image

The golden ratios applications stretch far and wide. It’s found in nature, incorporated into great artworks, and even used in marketing campaigns to influence our buying choices. It’s no surprise that architects also jump at the chance to subconsciously influence our opinions of their work. They use it to give buildings balance and height, create obscure shapes, and design beautiful layouts. Take a look at the buildings in your hometown. You’ll undoubtedly be able to pick out a few examples of your own.What are your thoughts on the use of the ratio in architecture? Do you think it really has an effectn our perceptions? Tell us in the comments.

Even minor kitchen remodel ideas can generate major expenses, with Remodeling Magazine reporting that the minor kitchen remodel these days averages around $23,000. Even people who are excited about kitchen renovation may balk at the price tag and opt for a smaller facelift that adds a fresh look without breaking the bank. If you want […]

Tips on Preparing For the New Year

Needless to say, this year has been a weird one. Not only has it been stressful and difficult, but if you were lucky, it’s also been boring. With the arrival of 2021, we can put forth a good attitude to start the year off right, knowing that things aren’t going back to “normal” but we […]

How to Have a COVID-Friendly Kwanzaa

Using CDC guidelines and the principles of Kwanzaa, here are some ideas on how to still have a memorable Kwanzaa and ring in the New Year safely and responsibly.