Home Inspiration Decoration & Design Ideas DIY Disagreements: These Home Improvement Projects are Most Likely to Cause Fights With Your Significant Other

DIY Disagreements: These Home Improvement Projects are Most Likely to Cause Fights With Your Significant Other

A recent survey by Porch reveals that DIY projects can cause disagreements among couples (to put it mildly), and some of these arguments can get quite heated. Whether DIYers are married or in another stage of the relationship, fights among couples are pretty common during a DIY project. Sometimes they fight over whether the other person made a mistake or not. They also fight over the direction or the duration of the project, the cost, or the final result.

As a general rule, it’s important for couples not to bite off more than they can chew – and that’s advice for the budget and the work, according to Michael DiMartino, Senior Vice President of Installations at Power Home Remodeling in Chester, PA. 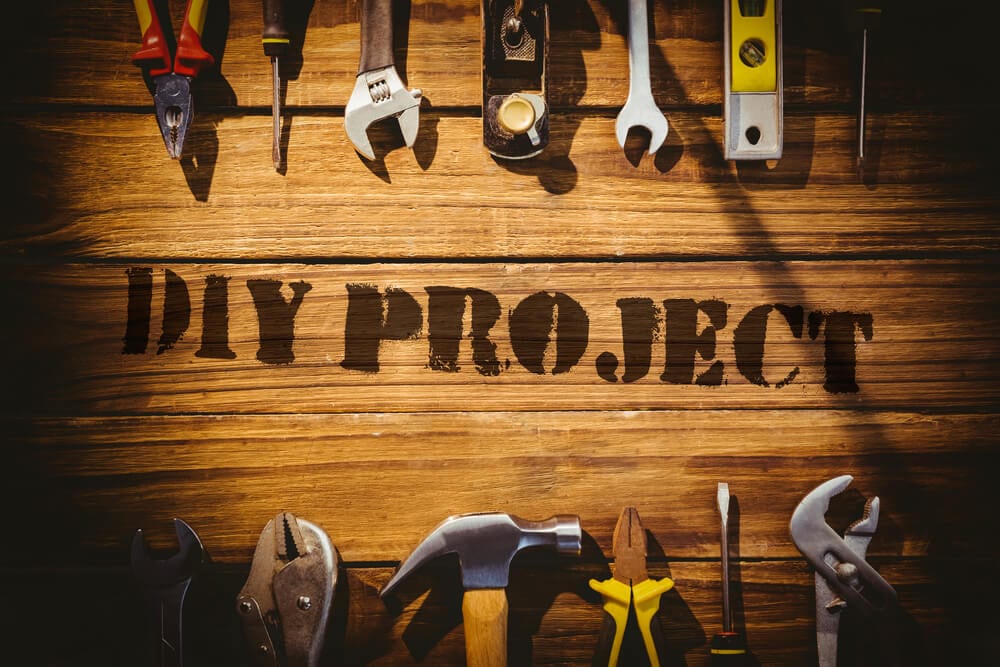 Some DIY projects can cause stress, mistakes, and arguments. Image: Wavebreakmedia/Shutterstock

“This is an area where I see couples struggle a lot during the remodeling process, both DIY and professional,” he says. “Oftentimes homeowners will choose to DIY a project because they think it’ll save them money. But if they take on too much, too fast, it can become overwhelming,” Di Martino says.

“Especially with older homes, I recommend breaking down the long list of remodeling jobs to do into smaller ones, thinking carefully about what can be accomplished in the next three months, six months and twelve months,” he says. “Prioritize any time-sensitive projects — big or small — first.” In fact, when buying a fixer-upper, know where to draw the line before it turns into a money pit.

Below are the DIY projects most likely to cause disagreements and the percentage of survey respondents who admitted they did indeed fight either before, during, or after, the project. In addition to DiMartino, Freshome also asked a few experts to weigh in on why these projects could lead to complications – and arguments. 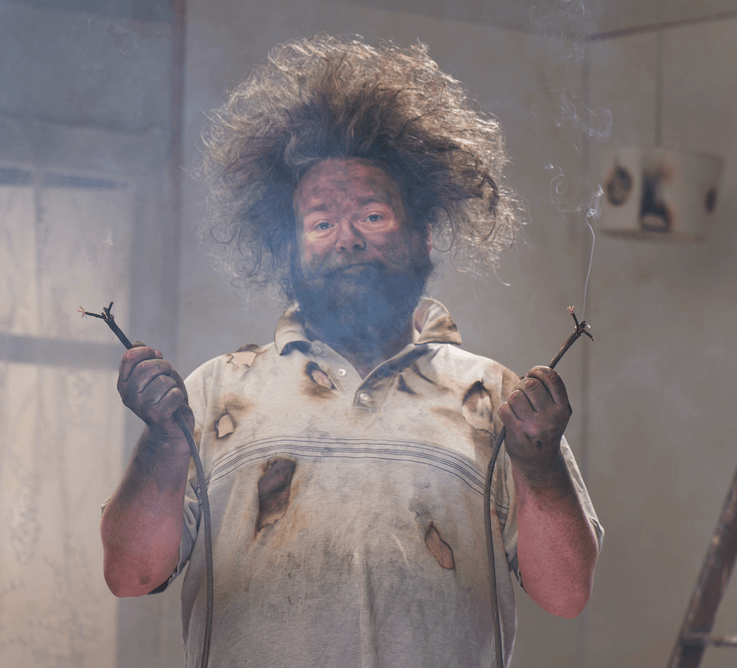 There’s no room for mistakes when dealing with electrical wiring. Image: Sturti/Getty Images

Our experts are in agreement that the potential for serious errors outweighs any money that might be saved. “I always recommend that people avoid doing DIY electrical work because the consequences of a poorly done job can be as simple as a light not working or as extreme as a hidden fire source,” warns Nathan Outlaw, President of Onvico, a construction company in Thomasville, GA.

It might look like a simple project, but Mark Scott, President of Mark IV Builders, which builds luxury homes in Bethesda, MD and Washington, DC., warns that there are more than a handful of mistakes you could make when taking on an electrical project. “Not only is it unsafe, but it could also cost you much more to fix than you ultimately saved by taking on the project yourself.”

With the stakes so high, it’s no surprise that couples would argue over this project. “I always recommend to my customers to save their energy and their sweat equity for a project where the consequences of an incorrect or incomplete job don’t have the potential to be dire,” DiMartino says. 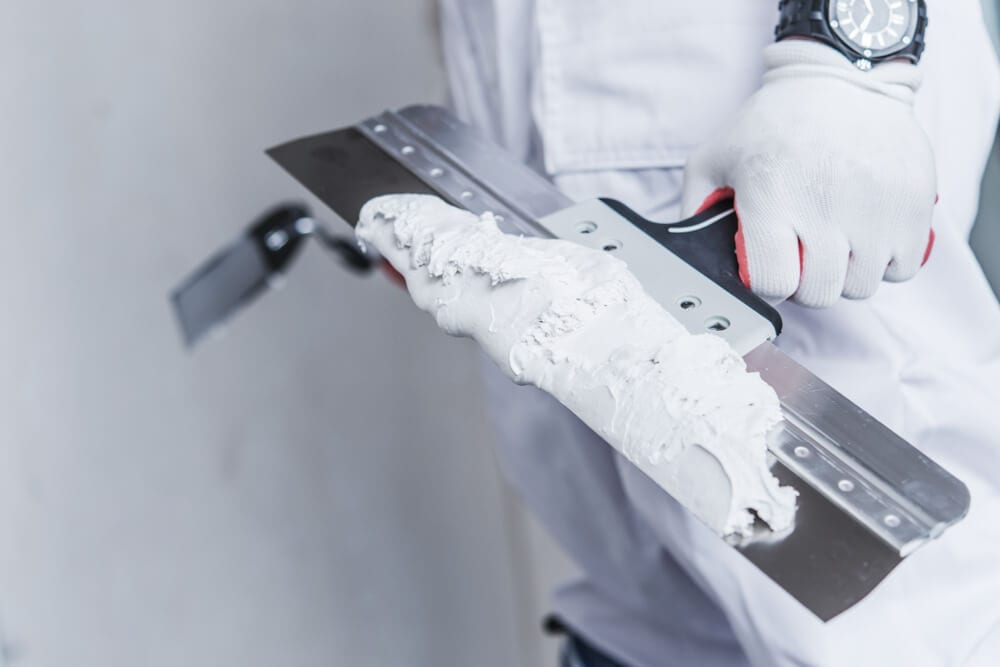 This isn’t a difficult project, so why would it lead to so many disagreements? Unless you have a lot of practice, it may be difficult to achieve a high-quality finish,” warns Outlaw. “Hanging drywall is something that is easy to start and hard to finish for DIYers. Even a good-looking patch can take several coats of drywall with sanding.” While he says it’s not difficult to learn the technique of hanging, Outlaw warns it can be hard, dusty work – and most people don’t enjoy doing it.

That’s why Michael McDermott, Owner/Production Manager at CRD Design Build in Seattle, WA, doesn’t find it hard to believe that this project could lead to relationship strife. “There’s a reason general contractors almost never have their own crews hang drywall. They practically always give that task to professional drywall subcontractors, because it’s extremely dusty, physical work that usually takes even handy people much longer than they expect.” If you’re doing anything besides minor drywall patches, McDermott recommends leaving the hanging, taping, and mudding to a pro. 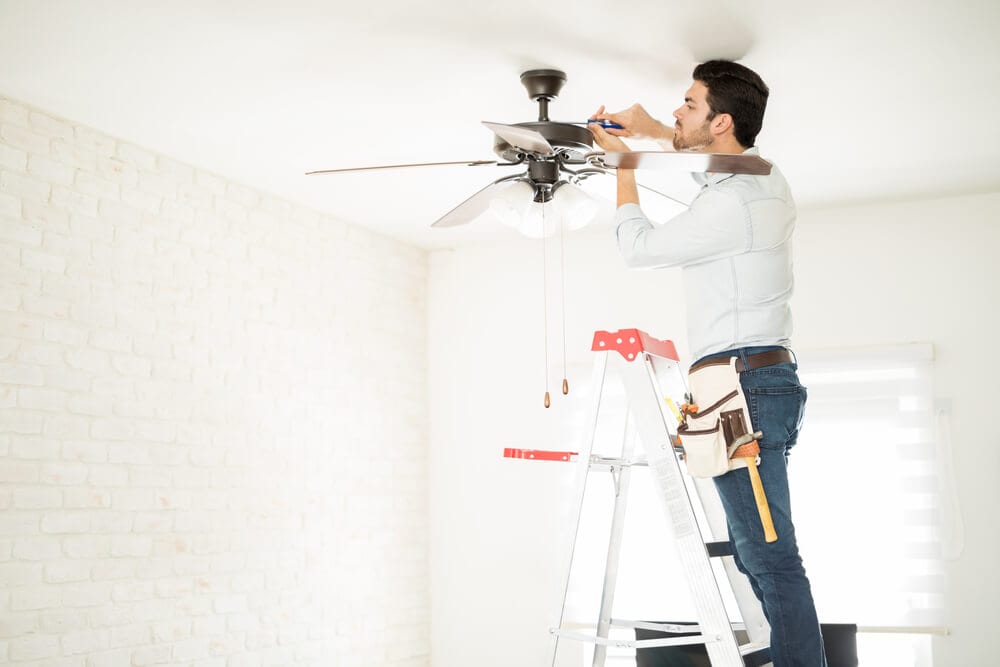 The ceiling box is as important as the ceiling fan. Image: AntonioDIaz/Shutterstock

Although this borders on the side of electrical work, Scott thinks it’s a fairly simple project that any couple could take on. “If you don’t have much experience with this kind of project, we recommend ‘easy-install’ ceiling fans, which often come 90% assembled, and only require the homeowner to click the different parts — blades, bowl — into place.” However, as with any new fixture, he says you need to test that the ceiling box can hold the weight of the new fan. “That’s a mistake that can create some serious damage that’s costly and dangerous,” Scott warns. 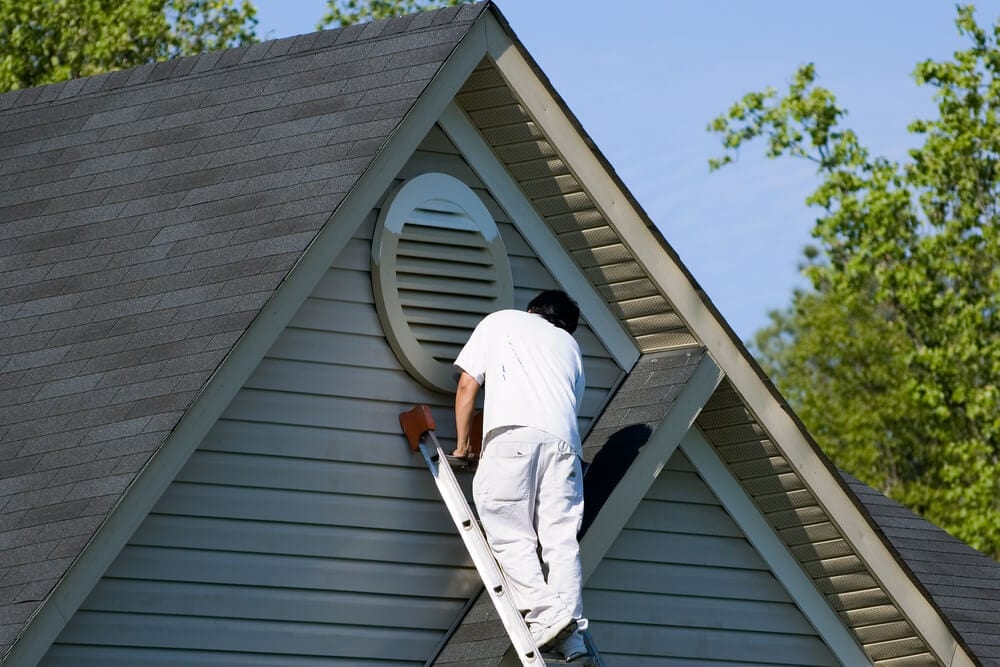 Preparation is the key to a professional job. Image: Brian McEntire/Shutterstock

This sounds like an easy project, but it can be more complicated than you think. “One thing that is important to proper painting is proper prep work. Many DIYers find themselves not applying the correct paint or primer for an exterior application, which can lead to flaking, mildew issues, or just an unprofessional look,” says Outlaw.

And there are other considerations if you want to do the job right. “When doing work on the side of the house or the roof, make sure you’ve got someone to hold the bottom of the ladder, so you can be sure you complete the project safely,” Scott advises. Also, you can run into a variety of problem if you don’t know the right temperature range for exterior painting. 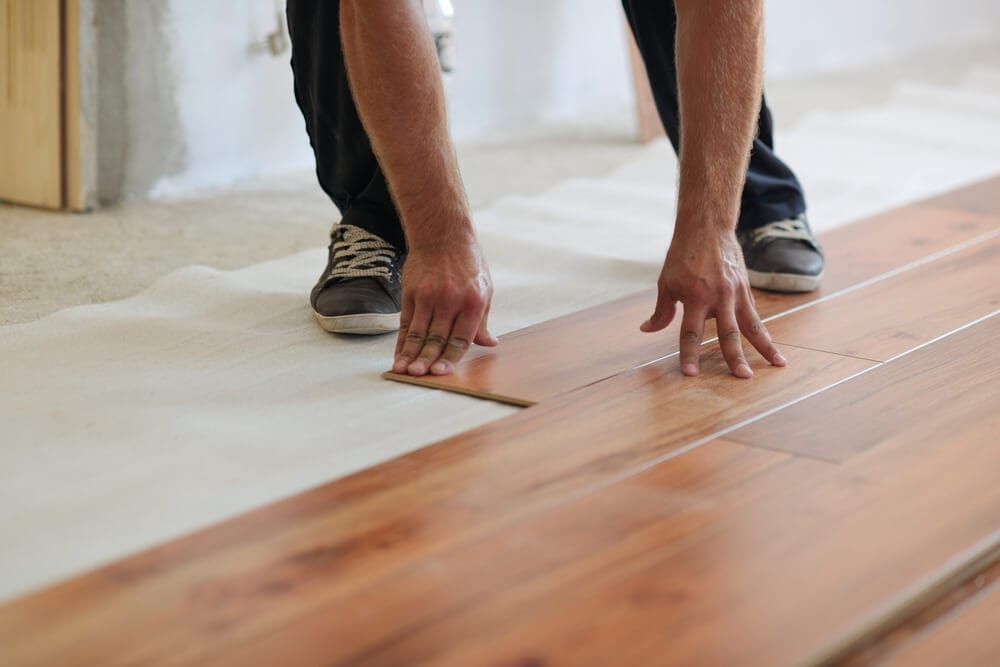 Measure twice so you can cut once. Image: dotshock/Shutterstock

Our experts believe that flooring installation is a very doable DIY project, but there are some caveats. “Proper flooring installation also comes down to prep. The existing subfloor or concrete slab may need to have leveling completed or repairs made,” explains Outlaw.  “Use measuring tapes, start or lay out from the center of the room, and use spaces when laying tile.”

Scott agrees that it can be done by DIYers and reiterates that measuring is critical. “This is one case in remodeling where it’s not ok to cut corners. Ensuring that you’ve got the right measurements, especially near obstructions like fireplaces or islands, is crucial to the success of the project.” Scott recommends consulting a remodeling professional or someone at a local hardware store, if you have any questions.