The Upside Down House is a project created by a Polish businessman and philanthropist named Daniel Czapiewski, and is located in Poland in the tiny village of Szymbark, and here are a few pics with this house. Rather than simply being a bizarre tourist attraction this house, managed to attract thousands of tourists. The house is also meant to be a profound statement about the Communist era and the state of the world. Czapiewski’s company would normally take three weeks to construct a house, but this one took 114 days because the workers were disorientated by the strange angles of the walls. Many tourists who visit complain of mild seasickness and dizziness after just a few minutes of being in the structure. Now let’s take a look at some pictures with this house. 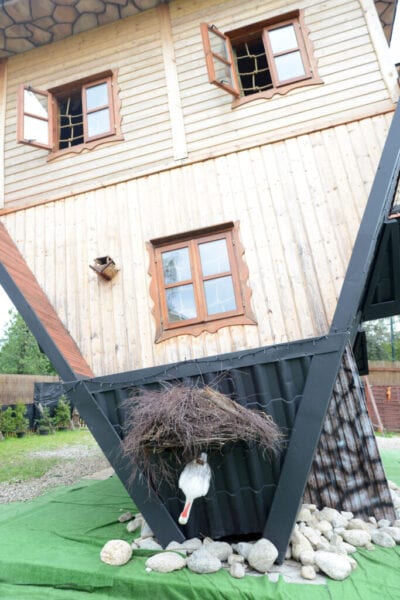