Below are six reasons to build or buy in up-and-coming areas. 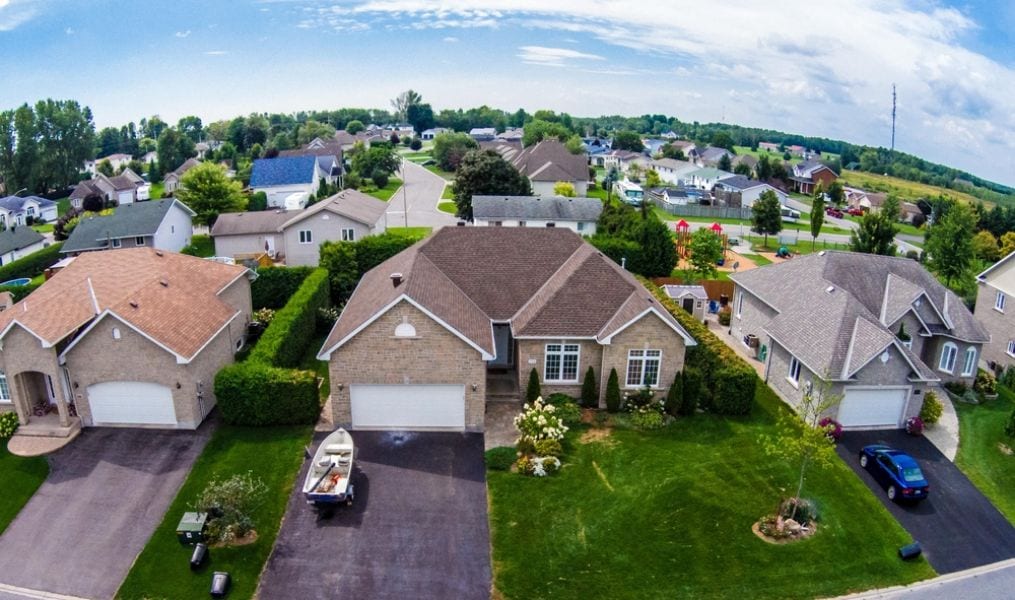 It’s natural to want to be in an area in close proximity to popular dining, shopping and entertainment options. Even if you’re buying the home to flip it, you want to own property in a desirable area. “When you buy in the best part of town, you are paying top dollar for the property,” according to Oliver Somoza, CEO of Philadelphia-based Turnkey Property Pro. But when you invest in a less popular neighborhood, your buying power can go much farther.

“Whereas $300,000 might get you a studio apartment in the city center, it could buy you not one but two 3-bedroom houses in a growing neighborhood not too much farther away,” he says. 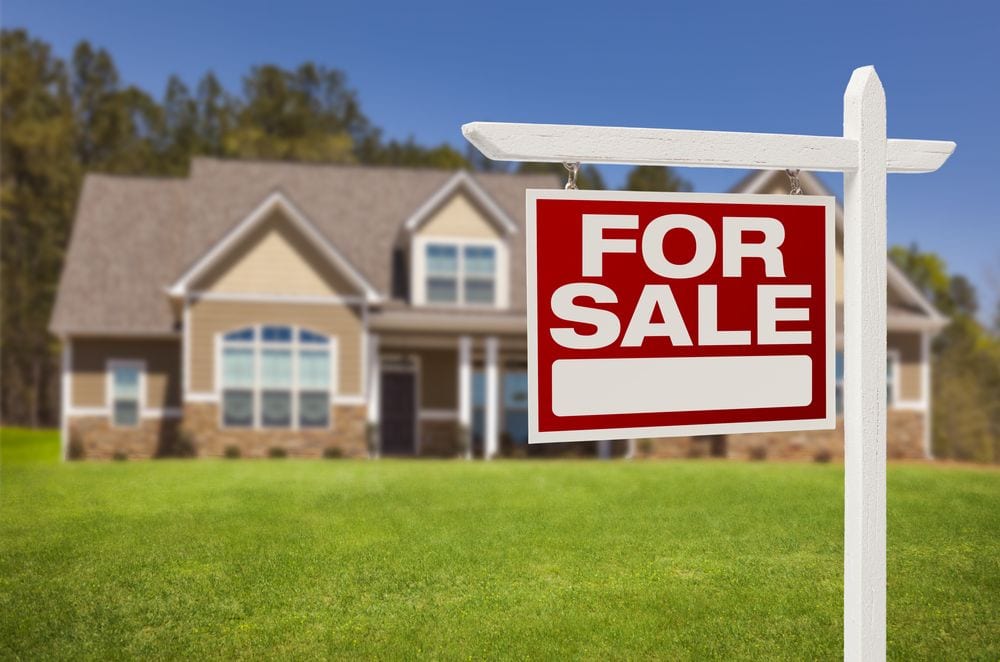 You’ll have more money left over for your renovation. Image: Andy Dean Photography/Shutterstock

When you build or buy a home in an up-and-coming area, you buy at a lower price point. That means you now have the funds to create your ideal place. And that’s especially important if you purchase a fixer-upper that needs major repairs.

“Now you can consider retrofits and renovations that will help you build the home that you want to be in, instead of adjusting your needs based on the space that already exists,” explains Mick Lynch, Senior Vice President of Installations at Power Home Remodeling. So you can install those hardwoods in the kitchen or use those brick walls as a design element. And there’s another bonus to being in an up-and-coming area. “You tend to have more freedom to make external renovations without worrying about zoning ordinances and other neighborhood restrictions,” he says. 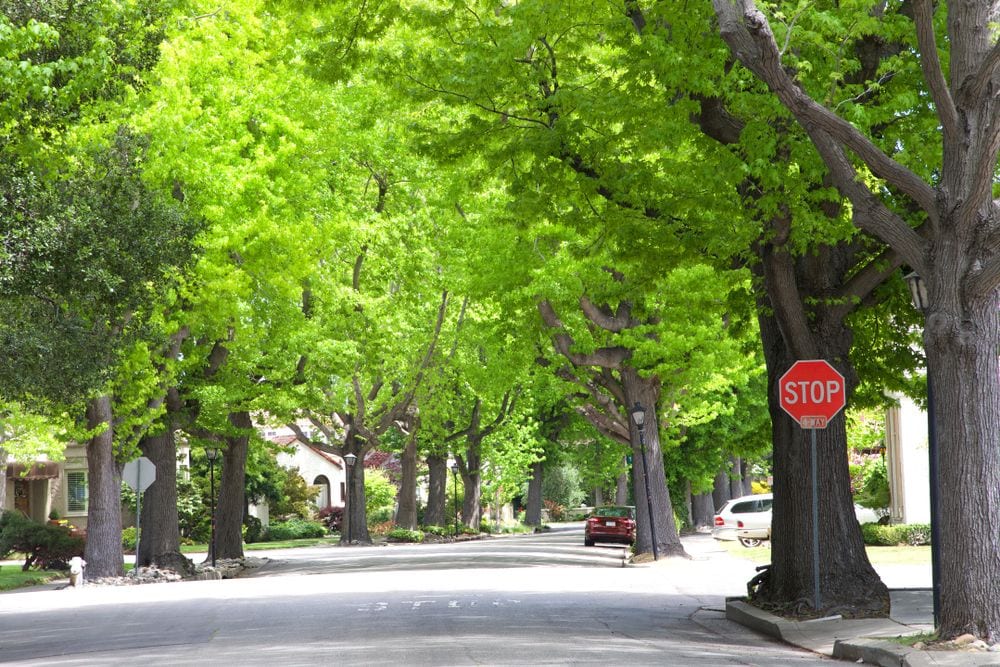 Your home and neighborhood could increase in value. Image: Shelia Fitzgerald/Shutterstock

Since the neighborhood is up-and-coming, you can get in before prices start to skyrocket. And as a result of your renovations, you can significantly increase the home’s resale value. “However, just make sure you understand real estate trends in that neighborhood. [Understand] what’s happening in the market and in that specific county,” Lynch advises. He warns against relying solely on word-of-mouth, which can be misleading. “It’s important to do the research, study the people and companies migrating to those areas and let the information dictate what neighborhood is best for you.”

When a neighborhood starts to transition, Matt van Winkle, Founder and CEO of RE/MAX Northwest, says it often takes five to 10 years for it to really transform. But he agrees that buyers who get in early can see tremendous gains. “Value add or sweat equity homes in up-and-coming areas provide a lower entry point for buyers and the ability to be part of the transformation if they remodel a home,” he explains. You’re not only benefiting from the return on the remodel. van Winkle says you can also benefit from the appreciation of the neighborhood. 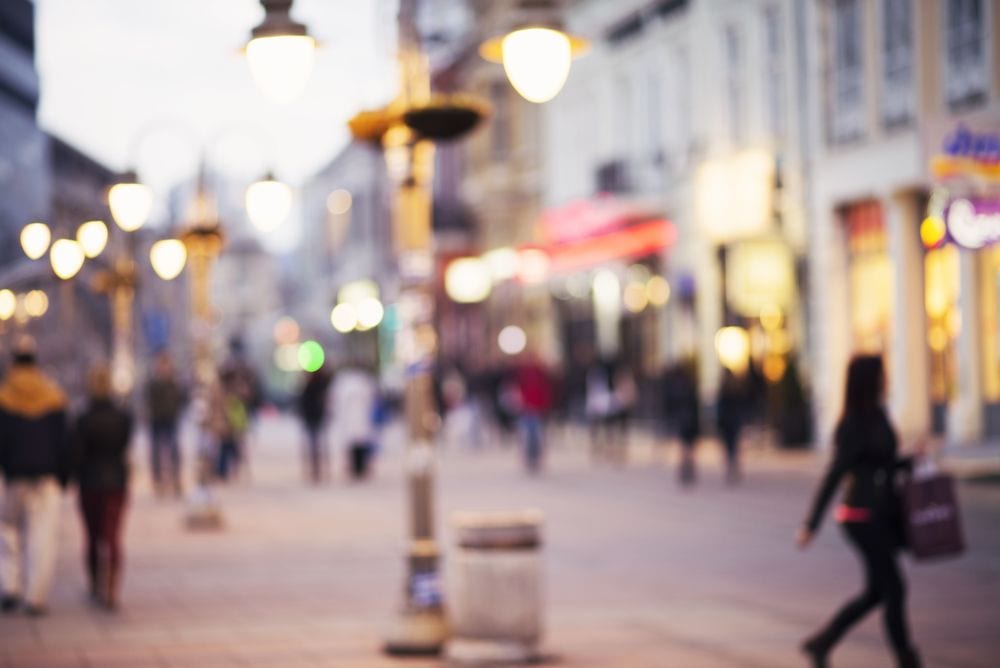 You might find a quirky, lively area. Image: maLja/Shutterstock

#4: An existing sense of community

Lynch’s advice is actually based on his personal experience. “I recently bought a home in an up-and-coming neighborhood, and it was the best decision I could have made,” he says. As he was searching for the right area, Lynch looked for certain things. He wanted to find a neighborhood with an existing sense of community where he and his family could fit in and thrive. “For my family, our new neighborhood was such a great fit because we enjoyed the vibe of the neighbors, the potential job opportunities based on the companies moving into that area, and the ability to make the house and community we were moving into truly our home.”

Renting shouldn’t be a problem after you fix up the home. Image: karamysh/Shutterstock

#5: Appeal to a larger pool of tenants and buyers

If you’re purchasing a property to flip and then rent or sell, there are several advantages to choosing one in up-and-coming areas. “For one, you have lower initial costs, but you also improve your chances of renting to good tenants or making a quick and profitable sale,” Somoza says.

“Everyone is looking to lower their costs of living, and many are being priced out of the popular areas in today’s rental market.  So they’re turning to — you guessed it — up-and-coming neighborhoods,” he explains And this means that you’re not likely to have any problems keeping your property rented. “You’ll also be able to increase rent as the neighborhood becomes more desirable. And you could potentially see buyers competing for an already upgraded property if you’re looking to sell,” Somoza says. 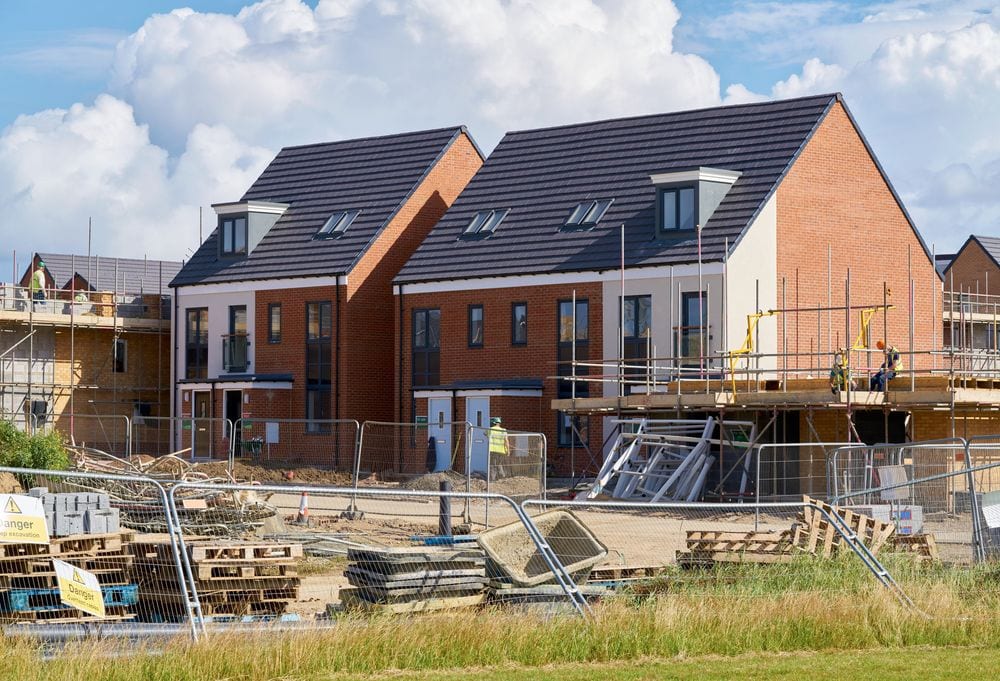 Investing in up-and-coming areas often leads to gentrification, but it doesn’t have to. “Actually, real estate investment in these areas can even combat gentrification by creating better affordable housing without displacing people and families,” Somoza explains. “If a developer purchases an outdated apartment complex with the intention of fixing it up and renting it out, there is an opportunity there to provide clean, updated, affordable housing to the people who already live in the area.” 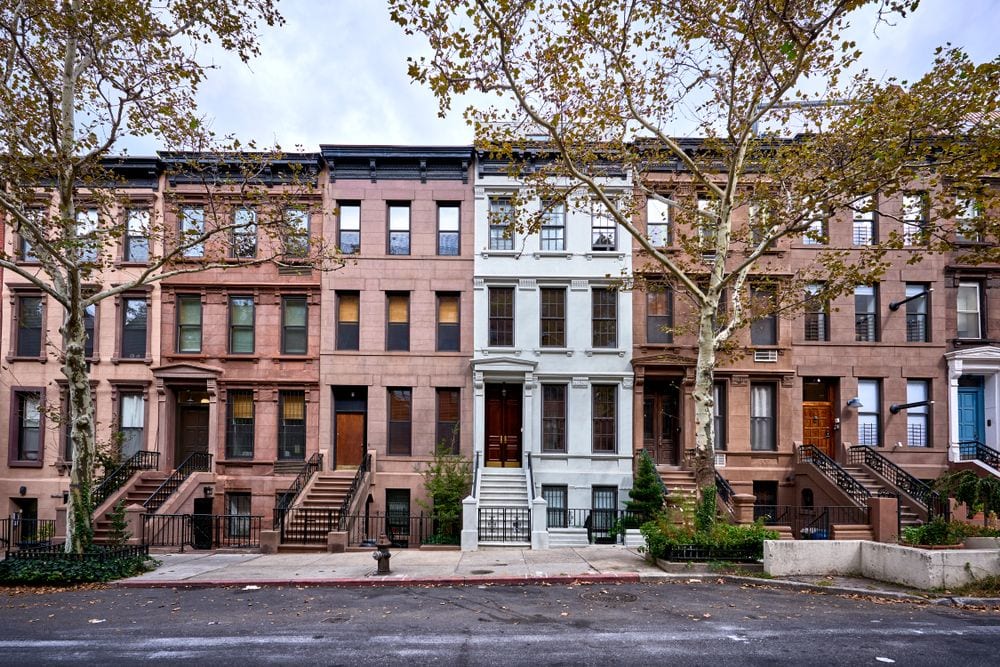 Look for the signs of a promising area. Image: Brian Goodman/Shutterstock

There’s no exact science to identifying a neighborhood poised for growth. That said, there are a few things to look for. “Increasingly, people are rejecting far-flung suburbs and are embracing walkable, urban neighborhoods,” says Gianpaolo Manzolillo, Licensed Real Estate Salesperson at Citi Habitats in Brooklyn.

“Look for areas that offer an easy commute to the downtown business district or that are located along transit lines,” he says. This is based on the theory that no one wants to spend hours sitting in traffic. “Districts that are adjacent to already-established desirable areas also offer a lot of potential for upside due to the ‘spill-over’ effect,” Manzolillo adds. When they can’t afford what they consider therime neighborhood, people look to purchase in surrounding areas. 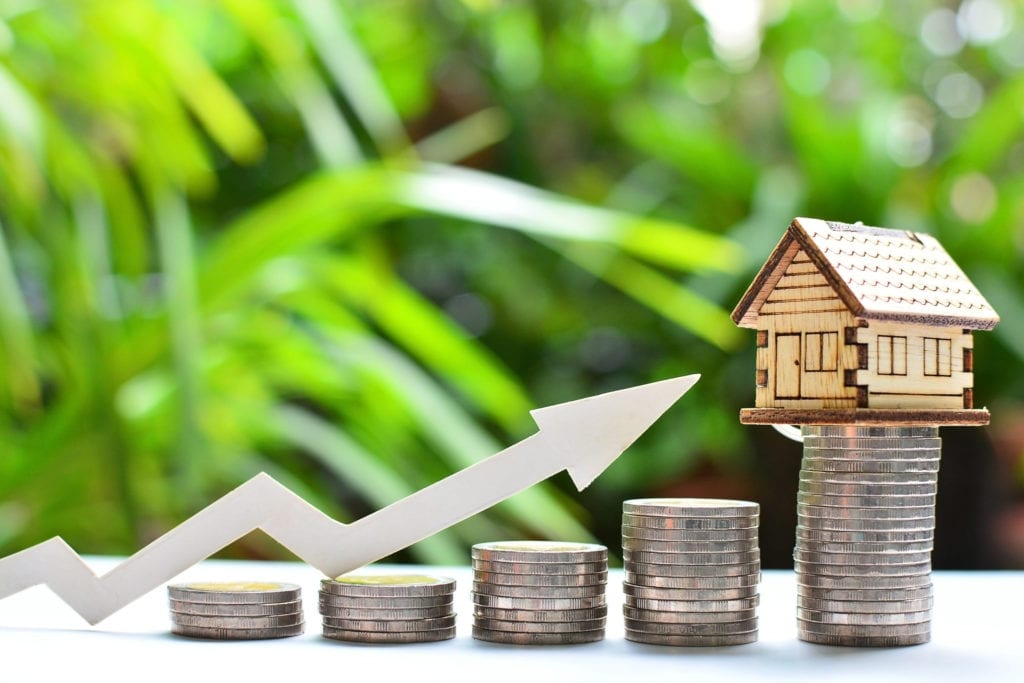 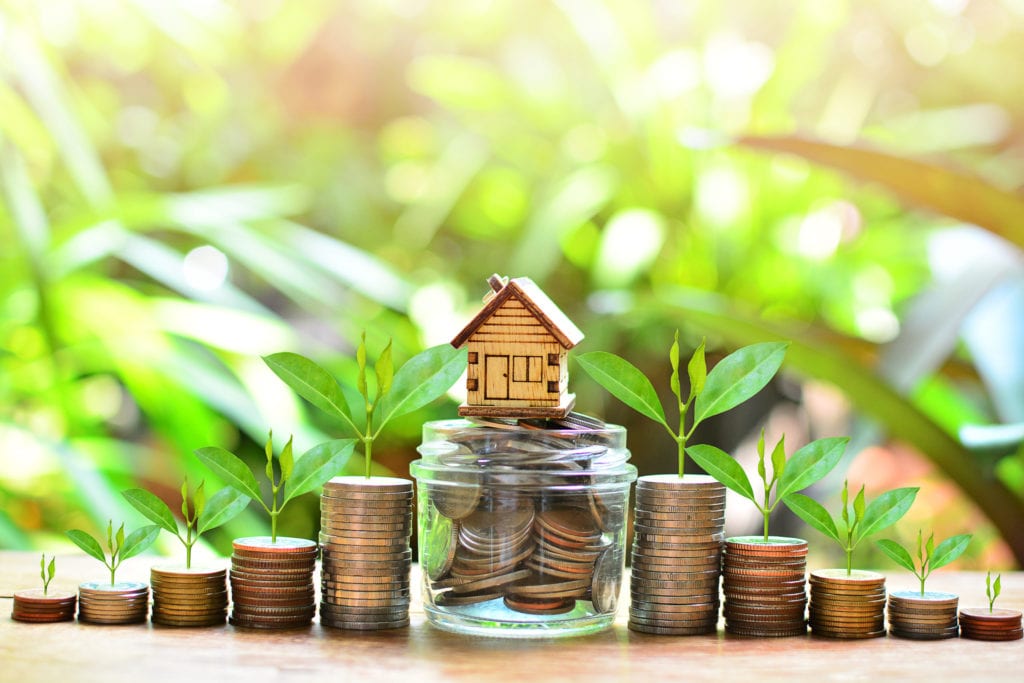 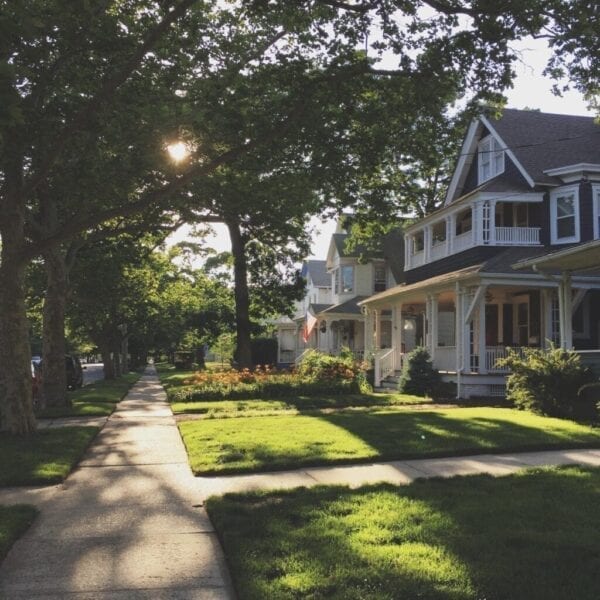