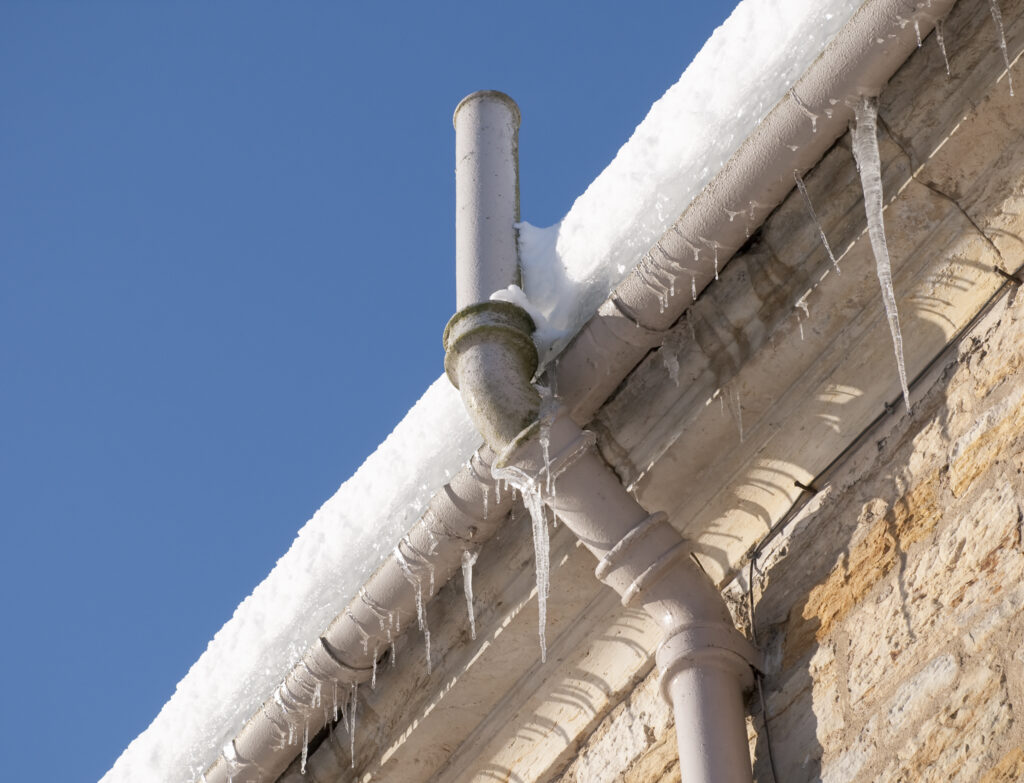 Living in any area with substantial cold snaps in the winter, you’ll want to learn how to prevent pipes from freezing. Some homes have plumbing situated such that none of the pipes are in danger, but others are structured with bare pipes near exterior walls. You’ll want to choose the best pipe insulation to prevent freezing and cracking, two results that can make it impossible to use your home’s water supply and can result in substantial flooding and water damage. Here’s how to avoid that outcome and keep your plumbing intact.

What you’ll find in this guide:

At what temperature do pipes freeze?

Due to the insulation being at least somewhat close to your house and the fact that the water in the pipes moves when you open a tap, most pipes don’t freeze above 20℉.  Even though we know that 32 degrees is the temperature that water freezes, pipes are usually too close to a source of warmth to freeze as soon as the weather hits that point. This isn’t a hard and fast rule since there is more standard insulation on pipes in areas where this temperature happens often. A very hard, cold snap in a typically-temperate area could cause pipes to freeze or burst at a slightly higher temperature.

How long does it take for pipes to freeze and burst?

The time it takes to freeze pipes or other parts of the plumbing system will vary based on how much insulation is present, how quickly the outside temperature is falling, and whether the water in the pipe is flowing through a trickling faucet. One study determined that pipes can freeze in two hours, 20 minutes under the conditions they studied, and bursting happens rather rapidly after the pipe freezes. The important point to know is that, for the pipes in a home that are most vulnerable to freezing, it can happen before you wake up after a night of sleep since night is often the time when the lowest temperatures are achieved.

How to prevent pipes from freezing:

Preventing pipes from freezing is the best way to handle the issue of frozen pipes since you avoid the costly damages to your plumbing system with a freeze-proof water pipe. Luckily, these solutions are relatively inexpensive and simply require knowledge of your system.

If you have building blueprints, this process may be easier, but one way to start is to look in garages, basements, or anywhere else where your home is unheated. Follow any visible pipes to see which areas are most vulnerable – a good day to evaluate is on a cold day when you can use a temperature sensor to see which areas expose your pipes to temperatures simpler to those outside.

Step 2: Purchase wrap-around pipe insulation or pipe sticks, or both.

Depending on the hot water versus cold water pipes you’re insulating, as well as depending on how many bends and joints they have, you can choose the best pipe insulation to prevent freezing. Rigid insulated pipe tubes are thick pieces of fairly rigid insulation that can simply slip onto the pipe, while wrap-around insulation works well for complex pipe joints that wouldn’t work with a rigid pipe. Other options, like cotton instead of fiberglass or insulated pouches, are also worth considering as candidates for the best pipe insulation to prevent freezing in your home.

Step 3: Install according to package instructions.

Follow the guidelines on the package, focusing on covering every part of the pipe while not impeding a plumber’s ability to access the pipe in the future if needed. If freezing temps are achieved, you’ll also want to make sure that the insulation is well-secured with adhesive duct tape or another secure tape.

Step 4: Monitor insulation periodically to avoid any points of failure.

At times, even well-installed pipe insulation for winter can come undone and need replacing or repair. Check periodically to see if wrap insulation has fallen off or if the secure tape has detached and allowed rigid foam insulation to fall off the pipe.

Beyond just choosing the best pipe insulation to prevent freezing, leaving your faucets running at a slow drip will keep water from standing still, lowering the chance of freezing. You can also sometimes avoid frozen pipes by keeping air circulating, such as by opening cabinets to let in air from the rest of the house or by using a space heater near where you know there are exterior plumbing pipes that are prone to freezing.

How to thaw frozen pipes:

Follow two key principles when thawing your pipes. First, you want to thaw gradually since rushing could cause greater thermal shock and still result in a break in the pipes. Second, you want to work backward from the faucet or other outlet, since that thaws the area of the pipe that can then flow out the faucet; starting from the middle of the pipe puts more pressure on the pipe since more water is pushing on the frozen section.

Start by noting that a faucet or other water outlet is flowing slowly or not at all. Start by opening up cabinet doors or heating up the house; if you know that the pipe in question is behind a wall, you can aim a space heater at that area to gently warm it. For frozen pipes that are exposed in a drafty area, like a basement, you can use a hairdryer from a safe distance to gently warm the pipe, starting at the faucet and working your way down the pipe. Blowtorches and other high-intensity heads are not recommended. Keep the faucet open so you can see when the water is running fully again, an indication that the pipe has been thawed.

What to do if you discover burst pipes:

On rare occasions, you may find a burst pipe and be able to shut the water off and handle it yourself, but in the majority of cases, a burst water pipe is going to be a cause for calling in a professional. You should know how to shut off your home’s water since doing so will minimize the amount of water that can flow out of the ruptured pipe and damage your property.

Once it is off, locate the source of the water and, if possible to do safely, begin soaking up or drying out the water. If water is near electrical systems at this point, consider shutting off your main breaker until you can be sure that it is safe to have the electricity on.

Call a professional plumber to get a diagnosis of the damage and decide whether or not to proceed with the repairs as part of an insurance claim or not. While waiting for your emergency plumber visit, you can document the damage and what you’ve seen via photographs, which may be needed if the damage is extensive enough to bring in your insurer through a home insurance claim.

Preventing frozen pipes is the best strategy to avoid damage and costs since the best pipe insulation to prevent freezing is relatively easy to install and other strategies, like opening cabinet doors and leaving taps running at a trickle on very cold nights, are easy to implement. If you do encounter a frozen pipe, you’ll need to warm it back up slowly from the faucet, and if you have a burst pipe, you’ll want to shut off the home’s water and call a professional as soon as possible. Learning how to prevent pipes from freezing, though, will save you a lot of trouble.

Frozen pipes do not always burst, if the expanding ice can push water out through an open faucet. However, pipes freeze quite quickly, so the time between freezing and bursting can be very short.

What to do with pipes in freezing temperatures?

Wrapping any uninsulated pipes in pipe insulation is the first step in how to prevent pipes from freezing.  Then, keep your home warm enough that these pipes stay above the freezing point.

How to keep pipes from freezing without heat?

If you happen to be without your central furnace heat on a cold night, keep cabinet doors open, leave all faucets open to let water drip out, and if you can, place a space heater on low near any pipes that are in the exterior walls. 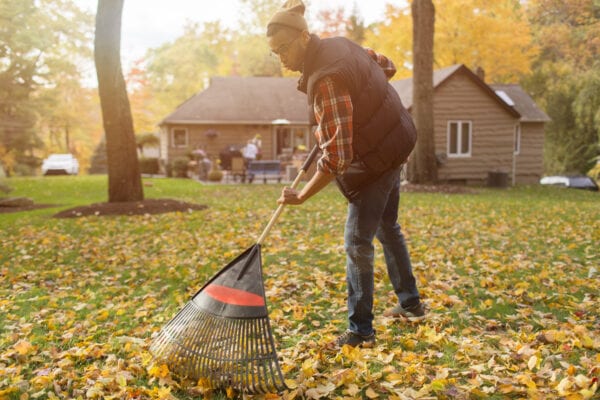 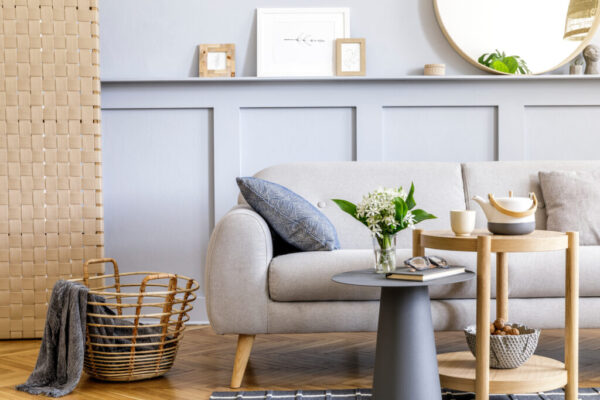 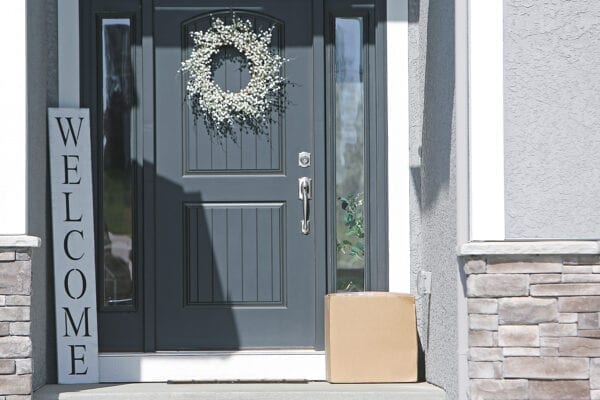 How to Protect Your Holiday Packages From Porch Thieves