Advertiser Disclosure
Moving Resources Internet and TVCompare Cable vs. DSL: Which Is Right for You?

Cable vs. DSL: Which Is Right for You? 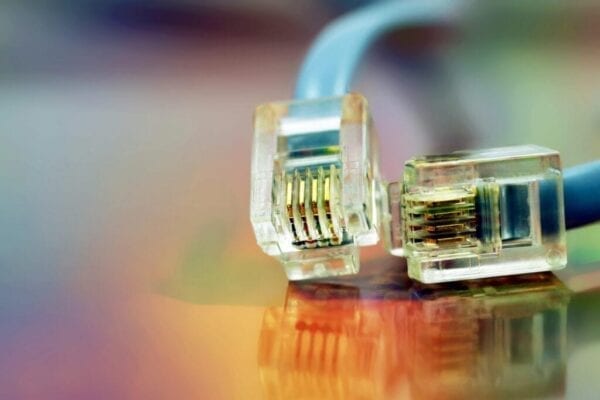 When searching for a new internet provider, you’ll come across the terms cable, dial-up, DSL, and fiber. DS L runs through telephone wires, while cable internet is transmitted through a coaxial cable network. Cable internet is usually faster than DSL and tends to have higher peak speeds, which makes it a better choice for households that do a lot of high-definition streaming. But it can come at a cost. To figure out which one is best for you, compare the details of cable vs. DSL below.

When comparing DSL vs. cable internet, the differences are not just in speed and price but also in how each service functions.
Speed/ Price

What is DSL internet?

Digital Subscriber Line (DSL) is an internet service transmitted using standard copper telephone lines. These lines most likely already exist if your house is wired to support a landline telephone. Because DSL piggybacks on phone lines, it is available to 89% of the American population and can connect using a modem and a standard telephone line jack.

The top DSL providers that have been in the internet game for a long time are AT&T, Frontier Communications and CenturyLink. These three providers offer a variety of plans to fit different customer needs. When choosing a provider and internet type, make sure to look at availability for your area. SpeedStarting price

DSL speeds have gotten faster over the years and go up to 200 Mbps. Though higher speeds are out there, such as with a fiber-optic connection, 200 Mbps exceeds the requirements of most homes, which is why 100 Mbps is sometimes called “lightning-fast” internet speed. And though streaming is one of the activities that eat up bandwidth, an HD movie still only uses around 8 Mbps while playing a video game requires around 3 Mbps (depending on the type). When thinking about DSL vs. cable, it’s important to note that maximum speeds will vary according to the provider and specific plan. Fast DSL service can deliver speeds of up to 200 Mbps while slower plans can start at fewer than 10 Mbps. If you plan on streaming often across multiple devices, you should opt for a plan that offers at least 50 Mbps.

DSL is a decidedly cost-for-speed service – the higher the speed, the higher the cost. For example, Parallax Systems’ maximum speed is 3 Mbps and costs $39.95/mo., while Harrison Telephone Company offers up to 200 Mbps for $59.99/mo. The type of internet you choose will depend on your typical online needs and availability.

Who is DSL good for?

There are other options besides DSL, like cable, fiber, and satellite. So who (and what) is best suited for DSL internet service? If you’re mainly browsing, streaming movies and TV, or playing single-player games, DSL is fine as long as it’s a relatively small number of users (three or fewer). The key to remember is that fewer users equal faster speeds. Once many users are doing different activities online, speeds can slow down.

Who isn’t DSL good for?

DSL isn’t good for people who need to stream a lot of high-definition content or regularly engage in online gaming. Because DSL’s bandwidth is limited, high-definition content may bog down the connection—if it shows at all. Also, because online gaming often requires instantaneous transmission of video, sound effects, and live voice input, a DSL connection may not have the bandwidth to manage all of the data.

Pros and cons of DSL internet

What is cable internet?

Cable internet is sent by a cable service provider that transmits data using space on a specified television channel. The signal enters the home via a coaxial cable which is connected to a cable modem and when a user connects their computer or other devices to the modem via either an Ethernet cable or a wireless router, they gain access to the internet.

Cable internet speeds typically range from 25 Mbps to 940 Mbps. Cable internet is slower than fiber-optic internet because the copper lines inside the cable cannot handle the same amount of bandwidth. Cable lines transmit electrical impulses, which can’t travel as quickly as the pulses of light that move through fiber-optic lines. However, with speeds between 25 and 200 Mbps you can still do a lot of streaming, gaming, and searching. With only 100 Mbps you can stream on several devices at once and it will only take about 5 minutes to download a four-gigabyte file. If your internet speed is limited to 10 Mbps, you can still stream movies, but you may have trouble if you’re doing so on more than one device at the same time. You can easily check and send emails or stream music with a 10 Mbps connection.

Cable internet prices range between $30.00/mo. and $150.00/mo with higher speeds costing more. One of the main reasons cable internet is so expensive is because it costs companies considerable money to lay the cable used to transmit the signal. Every time a company expands its service area, they have to pay to install the necessary infrastructure. The rates often vary from one area to the next due to local variations in labor and installation costs.

Who is cable internet good for?

Cable internet is a good choice for individuals and small households who won’t be using a lot of devices simultaneously. While cable internet will allow you to stream video or do some gaming, the more devices you use at once the slower your internet will be. People who mostly use their internet to check email, make voice over internet provider (VOIP) phone calls or stream music can also use cable internet. But note that even with advertised high speeds, the speed you actually get may be limited, particularly as other users connect their devices.

Who isn’t cable internet good for?

Pros and cons of cable internet

FAQs about cable and DSL

Cable is generally faster because it can handle more bandwidth.

What is the difference between cable and DSL internet?

Which is better for people living in remote areas?

DSL tends to be the common choice for people living in remote areas because cable is often not available. However, if you live in a remote area, and cable internet is an option, you may experience superior performance if you choose cable over DSL.

Is DSL or cable better for gaming?

Cable is better for gaming because it usually has a higher bandwidth limit.

Even though both cable and DSL internet are convenient options, people who need faster speeds are often better off going with cable. However, if you don’t live in a household where there are several devices streaming content at the same time, DSL may be an adequate solution. In the end, it’s best to first assess the needs of your household by carefully examining how much streaming, gaming and downloading you and others will be doing. Then check which services are available in your area and choose the best package for you and your family.

Mario Marco / Getty Images If you aren’t already tech-savvy, it can be difficult to figure out the difference between a modem vs. router. But if you want to set up your own internet and WiFi, it’s important to know what distinguishes the two. We’ve created this simple guide to help you learn what modems […]

10’000 Hours / Getty Images What to Know When Switching Internet Providers Residential internet service is a competitive business. Internet technology continues to evolve and new players are always entering the market. Therefore, the best deal you could find five years ago may not be right for you today. Also, many internet providers offer limited-time […]

Internet speed test: Here’s what it does (and doesn’t) tell you

In 2019, there were 293 million internet users in the United States and you’re probably one of them. Depending on your provider and plan, you pay for a certain internet speed each month — one that’s selected based on your usage needs. You may have a faster plan with faster speeds for streaming HD video, video conferencing […]